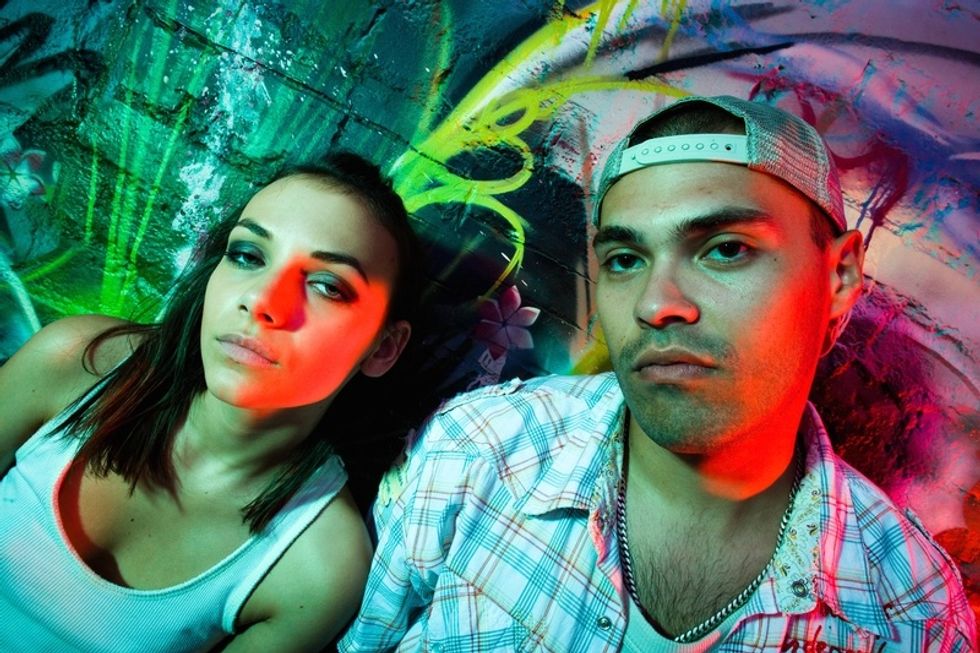 In Milwaukee, the fourth-poorest city in America, educators have launched a "guerrilla classroom" initiative that transforms urban locations into impromptu classrooms for parents and children. Across Milwaukee, playgrounds, bus stops and parks now feature interactive displays and game-like learning environments that encourage interactions between parents and children and teach real-world applications of classroom subjects. It's all part of a pro bono marketing effort by marketing agency Cramer-Krasselt, Milwaukee Public Schools and COA Youth & Family Centers to raise awareness about the positive impact of involving parents in the education process. If successful, it's easy to see how similar groups of determined "guerrilla educators" could extend this approach to other cities.

That's the brilliance of the Guerrilla Classroom initiative - if it goes according to plan, these impromptu classrooms across the city will draw in parents and children naturally. Waiting for that bus for 15 minutes? Why not learn a little about mathematics while you wait? Hanging out at the park? Why not take a minute to play a few little word games that will help you read better? It's a well-known fact that the greater the involvement of parents in the education process, the better the results. The involvement doesn't have to occur at home or in a formal classroom environment - it can now happen anywhere in the city, at any time.

The Guerrilla Classroom initiative goes beyond the standard PSA message that you might find around a city. These are not messages on billboards telling parents and kids what to do -- these are mini-classroom learning elements, distributed around the city. As a result, the Guerrilla Classroom concept hits at one of the central problems facing the urban parent: too little time to get involved in the educational process. This is a depressing truth at both ends of the socio-economic spectrum: minimum-wage workers are working too many hours and multiple jobs to make ends meet, while urban elite parents are typically too busy following their career and social-climbing goals to spend quality one-on-one time with their kids.

Innovators now have a host of new tools - from mobile devices to the latest thinking about game mechanics - to extend this concept of the Guerrilla Classroom and reach an even-wider audience. Based on the early success of the Skillshare model, for example, it's not hard to imagine a day when small "flash mobs" of kids decide to meet up all over the city in "cool" places like skate parks to teach each other foreign languages, music, painting, or even more fundamental things - like how to cope with parents who suddenly have shown a much greater interest in their educational development.