Where's Mitt Romney Going to Come Up With $7 Trillion? 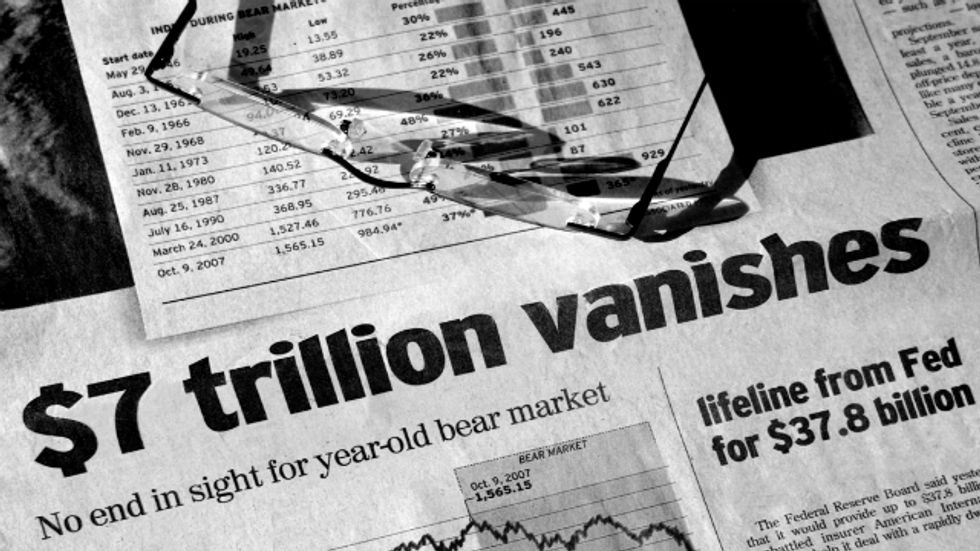 I made a mistake. In the article below, I said it would take some very high rates of growth to close the $7 trillion gap in Mitt Romney's budget plan. It turns out the gap is not quite so big, depending on your assumptions.

The critical assumption I made was that the federal government would collect 22% of gross domestic product in taxes between 2013 and 2022, instead of the 19% to 21% forecast by the Congressional Budget Office (CBO). At this collection rate, it turns out that the annual rate of economic growth would only have to be higher than the CBO's forecast by about 1.5 percentage points, not 9 percentage points. If the collection rates were the same as the CBO predicted, then growth would have to be about 2.7 percentage points higher.

If we put Social Security and Medicare taxes off-limits, then we'd need growth to be about 2.5 percentage points higher than the forecast in every year from 2013 to 2022, not 16 percentage points.

I found the error in my calculations after receiving a couple of requests for my spreadsheet. Before sending it out, I decided to take a second look myself. I'm grateful to those who asked to see the figures, and I regret my error. I apologize to you and to the Romney campaign. But I would note, too, that raising the nation's annual rate of GDP growth by 2.5 percentage points or even just 1.5 is no easy feat.

On Sunday, Pierre Omidyar, the founder of eBay, asked a simple question on Twitter: "How much faster would economy have to grow than current projections to pay for $7 trillion Mitt Romney wants to add to deficit?"

The $7 trillion figure in the question comes from the combination of $2 trillion in new spending on defense and $5 trillion in tax cuts.  The answer, like almost anything in economics, depends on your assumptions.  But let’s try to make some reasonable ones and see where they take us.

In 2013, the economy will produce about $16 trillion in goods and services; that’s our gross domestic product (GDP).  And in good years – and we’re assuming 2013 to 2022 will be better than 2008 through 2012 – the Internal Revenue Service (IRS) collects about 19% to 21% of GDP in taxes.  It’s important to say “in good years”, because tax collections – especially from corporations – fall during economic downturns.

In the current forecast from the Congressional Budget Office (CBO), the economy will grow by 4.4% to 6.5% annually, without adjusting for inflation, from 2013 to 2022.  The question is, how much faster would it have to grow to collect $7 trillion more in taxes?

With faster growth will probably come higher corporate profits and bigger collections, even on a proportional basis.  So abstracting from any changes to tax rates and loopholes that Romney might implement, let’s assume that the IRS would collect 22% of GDP in taxes – not 19% to 21% – during this prolonged boom.  By itself, this assumption adds about $3 trillion to revenue over the next ten years.

Where would the other $4 trillion come from?  It would have to come from growth in the economy – a lot of growth.  In fact, by my calculations the annual growth rate of the economy would have to rise by 9 percentage points above the CBO’s current projections.  In other words, the United States would have to grow almost twice as fast as China over the coming decade in order to close the $7 trillion gap.  This is practically impossible, no matter what other improvements Romney might make in the economy.

There’s one more complication.  In 2006 and 2007, our most recent “good years”, roughly a third of the collections went to the Social Security and Medicare programs.  It’s not clear that Romney would be able to use that money to pay for his extra spending.  If he couldn’t, then economic growth would have to pick up even more to close the budget gap.  Tax collections would have to rise by about $10 trillion over the next ten years.  For that to happen, the growth rate of the economy would have to rise by 16 percentage points.  If it does, Romney will surely get the Nobel in economics!