NASA Goes for the Gold with Curiosity 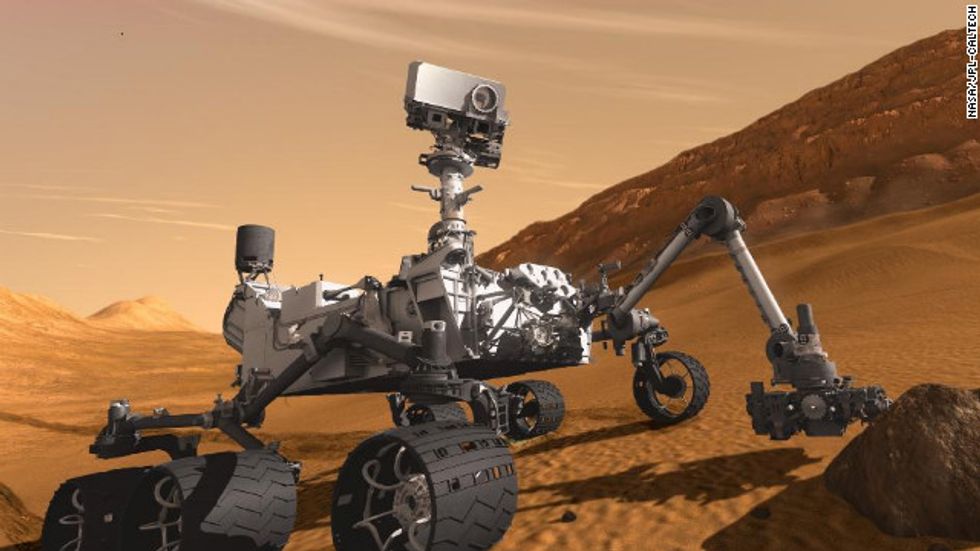 NASA went for the Gold with the Curiosity space probe, and scored a perfect 10. Perfect start, perfect execution, perfect dismount.

And Curiosity is the Godzilla of space probes, with 10 times the instruments of any previous Mars probe, weighing 5 times more as well.

This is truly a landmark achievement.
NASA certainly needed this boost, with all the budget cuts. The Shuttle was cancelled, the replacement for the Shuttle was cancelled, the moon program was cancelled, and the manned mission to Mars as well, so this was a welcomed victory for NASA.
It is also truly a science laboratory, full of spectrometers, lasers, and other instruments which will hunt for evidence of life. Journalists say "follow the money." Astronomers say "follow the water," because water is the "universal solvent" that made possible the creation of DNA and life itself.

But even if Curiosity does not find evidence of life, even microbial life, that does not entirely rule out life on Mars. Several billion years ago, Mars lost its atmosphere, probably due to blasts from the solar wind. (Because Mars has almost no magnetic field, the solar winds are not deflected, as they are on the earth). So the water went to 3 places: drifting into outer space, into the permafrost, and onto the polar ice caps. So if you were an alien on Mars back then, where would you go?

Into the permafrost or onto the ice caps, neither of which has been probed by instruments.