Has the Brain Drain of Top Scientists Caused the US to Lose Its Edge?

With a diminishing space program, is science and technology forced to take a back seat? 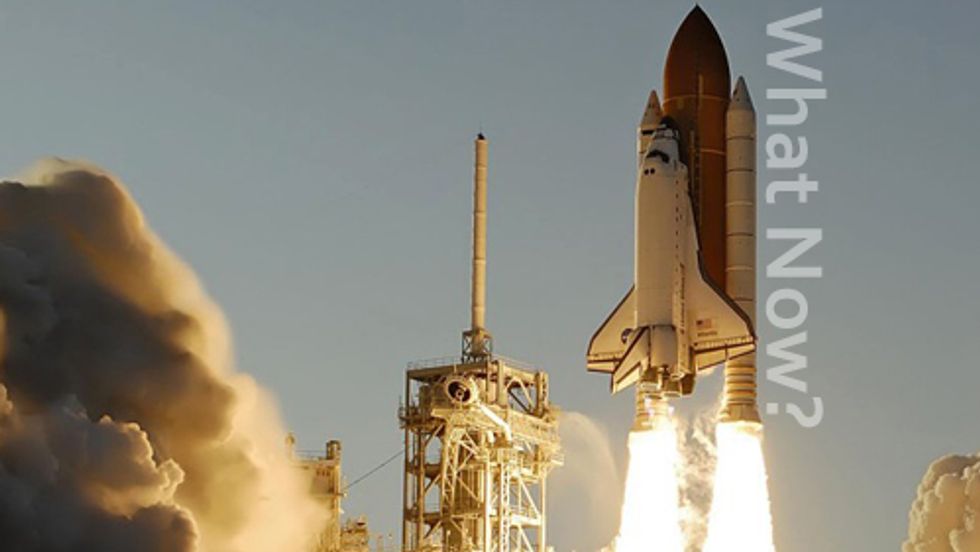 For quite some time now, the last and final mission of the Space Shuttle has generated much publicity and this phase out will have huge implications for space travel, for generations to come. One of these major concerns is the outright fear that the United States could be losing its lead in a variety of areas of high tech and not just space. A cadre core of 17,000 engineers and staff will be reduced down to 7,000 and is a tremendous loss of both high talent and high experience. The space program will have an extreme amount of difficulty trying to replace this precious resource of human talent.

Sadly, we have seen this before. Back in 1993, the Congress cancelled the Superconducting Super Collider (SSC), was set to be built outside Dallas, Texas. Construction was underway and the project was moving forward in full force. The Super Collider was massive in both size and expected energy levels that would have far surpassed the current operational levels of the Large Hadron Collider. To give you an idea, the original planned circumference of the SSC would have been exceeded 50 miles and would have had energy levels of 20 TeV per beam of protons which is considerably larger than the size of the LHC. Needless to say, the project was exciting and ambitious not to mention that it would have been completed much earlier giving the US a head start on discoveries currently taking place in Geneva, Switzerland. Long story short, Congress gave physicists $1 billion dollars to dig the hole for the huge atom smasher. A lack of funding caused Congress to scrap the project and then gave physicists an additional billion dollars to fill the hole. Yes, that's $2 billion dollars for a hole and was the most expensive hole ever dug in human history.

The loss of the SSC set back US high energy physics for two generations. These fields have not yet recovered and thousands of individuals lost their jobs as a direct result. Now, the new Vatican for high energy physics is Geneva, Switzerland because of the construction, completion and operations at the Large Hadron Collider. There is of course no doubt that the LHC is making tremendous advancements, breaking records and making incredible discoveries but... The United States Lost the Lead. Many are now wondering if the edge was lost as well.

Photos of the abandoned remains of the planned Super Collider can be seen below. Even today, some wonder if the increased energy capabilities and larger size of the SSC would have provided us answers to questions and discoveries currently being sought out by the LHC, years earlier. As stated above, the SSC would have provided us a tremendous head start.

Also, the US might lose its lead in stem cell research because of restrictions on federal funding. Again, there is a "brain drain" of top scientists, who might consider going to Europe or Asia to pursue stem cell research. So, one by one, a case can be made that the US is losing the edge in high tech areas -- First in physics, then in biology, now in space research. Remember that this has happened before, in the 1920s and 1930s when there was a decline of science and technology in England. In the late 1800s and early 1900s, the British pioneered such technologies as steam power, electricity, chemicals, and aeronautics. But, it lost its edge fairly early in the 20th century which was to be surpassed by Germany. Of course, times are tough and the critics are quick to jump to the fact that science, too, must be downsized.

But science is different. Science is the Engine of Prosperity.

Downsizing science is like eating your own seed corn. Politicians spend all their time arguing how to cut up the pie and devising all kinds of different ways to slice it up. My Attitude is: We Need a Bigger Pie. And a bigger pie, comes from science, the engine of prosperity. So, by slowly losing the edge in different areas, the US is making it difficult to generate the new technologies which will give us a bigger pie. This not a wise decision and it might be a rather good idea for the pace to be changed up a bit.

In closing: Even though this may be the last hurrah for the space shuttle, hopefully the ever increasing advancements and understandings in various technologies will one day open the universe to the average person. One such technology is the space elevator (video below) and is something that is becoming an ever increasingly popular idea and also something that I talk about in my most recent book, Physics of the Future.

Perhaps one day, technologies like this will allow the average person to take an affordable ride into space by doing nothing more than hitting the UP Button!Until Then...