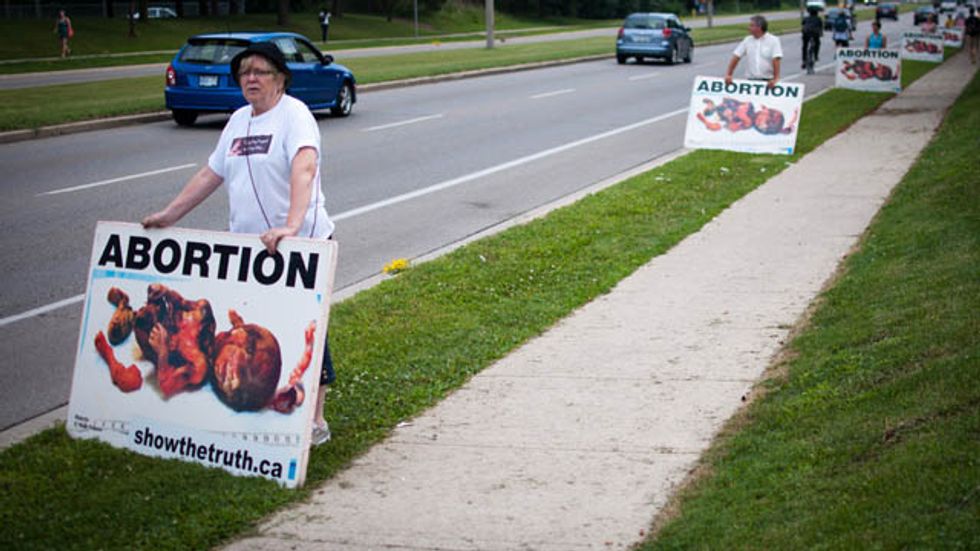 The most common form of domestic terrorism in the U.S. is violent attacks on abortion clinics. Between 1973 and 2003, over 300 abortion providers were the target of acts of extreme violence by anti-abortion groups. A new paper released by the National Bureau of Economic Research (NBER) last week asks the question: Are these attacks effective at reducing abortion rates in the areas in which they target?

The authors find that while in the short-run there is a small increase in local fertility (1%), in the longer run women simply travel to other areas in order to have abortions. If this is, in fact, the case, then the overall the effect on abortion rates is negligible, suggesting that this particular form of terrorism is largely ineffective.

The rate of abortions in the U.S. has been falling over time. The most recent estimate finds that there is one abortion for every four live births. This implies that in 2007 there were roughly 863,000 abortions in the U.S., almost half the number of abortions performed during the peak period in the mid-1980’s. Anti-abortion crusaders might be tempted to argue that more women have been convinced to complete their pregnancies, but this assertion would be contradicted by the fact that the birth rate for unmarried women has not changed over time and, in fact, the birth rate for teen mothers had fallen significantly. In the absence of any evidence that fertility rates have increased, it seems that the reduction in the number of abortions is more a function of a reduction in pregnancy rates than a change in willingness to abort.

The authors of this new research combine county-level violence data with data on abortion providers, abortions, and births. They find that following a violent attack on an abortion provider, the availability of abortions in the targeted country fell by 6% to 9% and that local abortion rates decline by 8% to 9%. In areas in which the form of the attack was murder, the effect was larger—nearly 10 times as large as the average effect.

The fact that the number of abortion providers, and abortions, in a specific county declined following an attack, however, does not prove that any women were discouraged from having an abortion. It's possible that women simply traveled to a nearby county for the same service. One way to determine if this is what happened is to test if local fertility rates increased following the attack, which is what you would expect if the abortion rate had fallen. The authors find a small increase in fertility about 7 to 11 months following the attack—which implies an approximately five month effect. But in the longer run there is no evidence that fertility increased.

There is another explanation as to why fertility did not increase despite the fall in local abortions, other that the reason proposed by this new paper: In response to the reduction in the availability of abortions, women might have taken more precautions to prevent pregnancies. Other studies have found that that when the cost of an abortion increases, because for example women have to travel longer distances or because teenagers have to gain consent from their parents, STI rates tended to fall, suggesting that more couples were either using condoms or abstaining from sex all together. ** If this is the case, and women are preventing pregnancies from happening in the first place, then really by finding that fertility rates have not changed in the long-run the authors haven’t necessarily provided proof that abortion rates are unchanged.

In reality, probably both factors are at play—conception rates are falling because abortion is more costly and more women are traveling to have an abortion in a nearby city. This study finds that approximately 65% of the fall in local abortion can be accounted for by an increase in abortion rates in cities within fifty miles of the targeted abortion clinic. By my estimate that leaves a possible 35% that could be explained by a fall in conceptions, and abortions.