Do Women Really Value Income over Looks in a Mate?

Economists find dating websites extremely useful, not to find the love of their lives because they provide an opportunity to observe a fascinating market in action: the market for marriage. 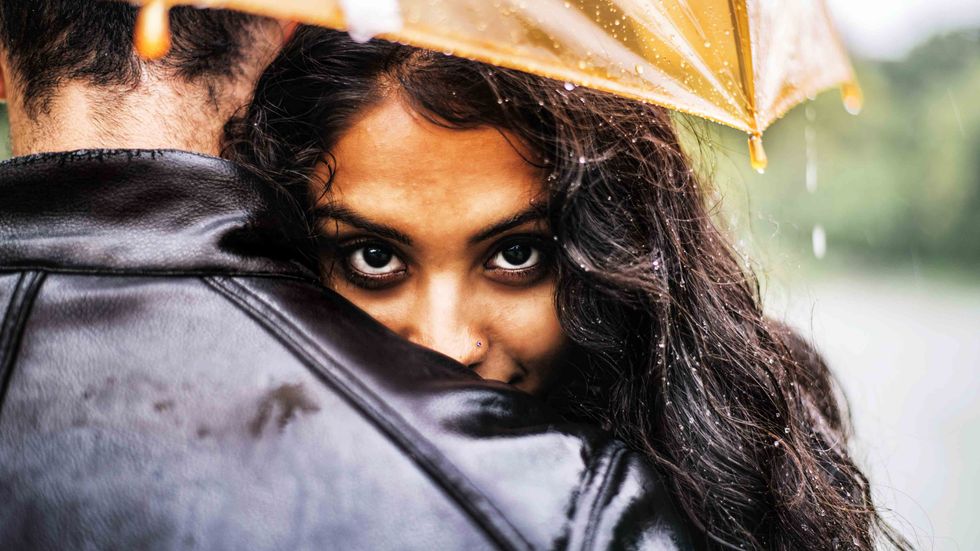 Multiethnic couple of lovers hugging under the umbrella on a rainy day. (Shutterstock)

Economists love online dating websites, not to find the love of their lives (although they might be doing that) but because they provide an opportunity to observe a fascinating market in action: the market for marriage. From this market we can determine what individual preferences are for a mate, and this can be extremely useful in economic analysis.

If we can’t directly observe the market for a mate, we only really have two options if we want to determine people’s preferences: ask people their preferences or observe the outcome of the market. Neither one of these options is satisfactory though.

For example, you might ask, “On a scale of one to ten, how important is it that your mate is the same race as you?” This is an interesting question because we observe surprising few mixed race marriages in the census data and finding out why is informative (we will definitely return to the question of same-race preference in a future post). The problem with this approach is that people either lack self-awareness or tend to not to be very honest in their answers. This doesn’t just apply to the question of race but about other characteristics as well.

An economist could look instead at people who are already married and try to determine their preferences that way, but this doesn’t work very well either. Let me give you an example. Suppose I have evidence that women with breasts that are smaller than average are more often married to men who are below average height. Does this information tell us that small-breasted women prefer shorter men? Of course it doesn’t. One possible alternative is that all women prefer taller men and that taller men prefer large-breasted women. If this was the case, then at the close of the market smaller-breasted women only have an option to choose shorter men. It is a silly example but it does demonstrate the point that we can’t tell much about preferences for a mate simply by observing people who are already matched. Really what we want to do is observe people’s choices directly which is why dating websites are so useful to us. Here's an example. What if I have a hypothesis that when choosing a mate, men care more about their potential partner’s appearance than her income and women care more about her potential partner’s income than his appearance. Imagine the following experiment. A woman/man can choose between communicating with two people. One earns $60,000 a year and is more attractive than 9 out of 10 people on the market. The other earns X dollars per year and is less attractive than 9 out of 10 people on the market. Every other observable characteristic about these two people is identical. We can use the information that tells us who individuals choose to communicate with to determine what X would have to be in order to make a woman/man prefer the less attractive person.

Researchers have done this* and find that for men there is no amount of income that the woman in the bottom ten percent in terms of appearance can earn to make men prefer her over women in the top 10 percent. That is, looks really matter to men relative to income. For women though, if the man in the bottom ten percent in terms of looks earns more than $248,500, they will prefer him over the more attractive guy earning $60,000. My students often interpret this result as saying that women really care about money, but that is not what it says at all—$186,000 is a huge difference in income. If women didn’t care about looks and only cared about money, the figure would be much, much lower. This says that despite the impression that on the marriage market women really care about income, the evidence suggest that they also care about looks. They just care about income too.

I know what you are thinking: that there is more to finding a partner than looks and income. True, true, but dating websites don’t let you filter your searches by the way he tilts his head when he laughs or her affection for slap-stick humor. When they do, maybe even I will think about giving them a try.

*”What Makes you Click? Mate Preferences and Matching Outcomes in Online Dating” by G. Hitsch, A. Hortaçsu, and D. Ariely