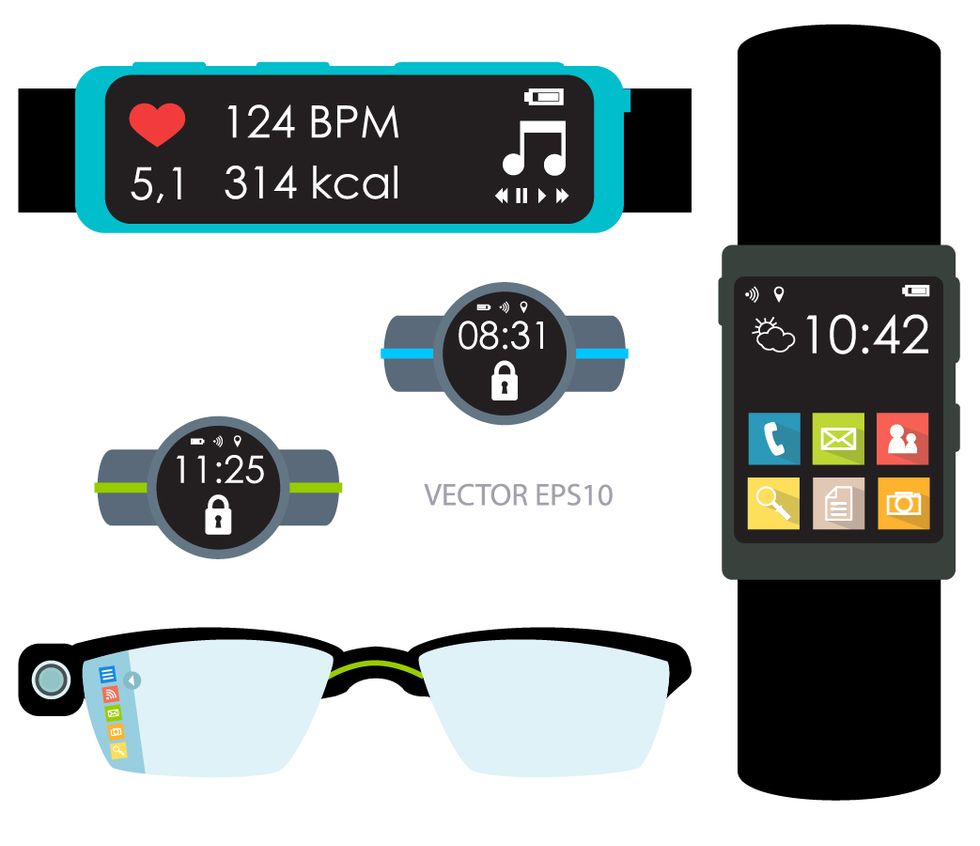 The Consumer Electronics Show is over, but the enduring story of how wearables will be a part of everyday life persists. Just a month ago was the Indiegogo campaign to fund the production of the Embrace, a smart wristband designed to measure the wearer's electrical skin conductance, among other factors. The technology, spun off from MIT research into systems for autism support, is the latest in year full of wearables launches and announcements. A non-exhaustive list:

Plenty of ink has been spilled about how, since Dick Tracy's wrist communicator made its first appearance in Sunday comics pages, we have yearned for communications technology as easy to consult as a wristwatch. Now, big tech firms and venture capital alike are finally betting serious money on the assumption that that's the case. From where I'm sitting, a major part of the hype is the assumption that wearables will change the lives of older adults, making it easier for them (and the adult children who care for them) to track their fitness and vital signs, manage households, react to emergencies, communicate with loved ones, and more.

But I wonder if some of the hype is just that. After all, Dick Tracy promised us videophones too, and although we now have that capability, video calls haven't revolutionized the way we talk to each other. But you know what has? Texting. If you're anything like me, you make a video call maybe twice a month. But I now use my cell phone more to text than to call, and I'm not alone. Americans send far more text messages than they make phone calls, let alone video calls. The Jetsons and Dick Tracy got it wrong: the job we want telephonics to accomplish is more often a simple information transfer than a full social interaction. We voted with our thumbs, and texting won.

What I'm getting at is that it can be hard to predict what consumers will want until it's in front of them. And so, regarding the older adult market for wearables, I think some of the heightened level of excitement surrounding their incipient use is well founded, but I have some questions. One big one, actually: what is the value proposition?

After all, wearable technology designed to keep older adults safe has been around for decades. Remember "I've fallen and I can't get up"? That commercial is from 1989.

We all understand that wearable blood glucose, heart rate, blood pressure monitors can help people stay healthier for longer. People need things like these. My question for the makers and marketers of wearables is: Will people want them? How will your device not only do a serious job, but also excite and delight the older consumer (or the adult child buying such tech for her parents)?

I think there is a way to pull it off. Whatever the technology is, it must do the job that the consumer wants—kind of like how texts turned out to do the job of mundane communications better than video calls. In the case of wearables, one job that can't be overlooked is the reinforcement of the consumer's identity. After all, we're not talking about some PC tucked away at home, or even a phone hidden in your pocket, but accouterments that are visible on your person. What we wear conveys a message about us—and if an accessory sends the wrong message, it stays unsold.

So how do you make sure your wearable is on-message for your consumer's identity? One way is to approach a specific market segment that has defined interests. My sense is that Fitbit has taken this approach to an extent: appealing to people who wish to present themselves as active. On the other hand, I wonder about Intel's MICA smart band, which conceals its technology in an attractive but low-tech-looking wristband. I have a suspicion that the people who'd want their wearable tech disguised—almost like they're ashamed to be wearing it—are the same people who simply won't buy wearables at all (let alone perform the requisite upkeep and data management to get any utility out of them). I hope I'm wrong, but I have my doubts.

But the opposite of hiding wearable tech away—nerd chic—may be just as problematic. Now, I firmly believe older adults are tech-savvier than they're given credit for, and that will become more and more obvious as the boomers age. But there's a difference between "tech-savvy" and "wanting to look like “RoboCop." Google Glass falls on the RoboCop side of things, and there are now serious indications  that Glass may not catch on in its current form. I think there's a simple reason: although many adore nerd or geek chic, many more avoid it. Most consumers simply aren't looking for that kind of look. Tech designers may be wise to take a page out of Arthur C. Clarke who suggested that the best technology works like magic…and is invisible.

Where is the middle ground?

I believe that while only some may want to present themselves as nerdy or fitness-oriented, many more will simply want to give the impression that they are competent and up-to-date on the latest trends. Now consider a device that does that and allows for expression of individual passions—fantasy football fanaticism, for instance, or an up-to-the-minute Twitter fixation. A sleek watch with the capability to support a fantasy football coach's fandom, but also track heart rate, is more likely to be worn on a daily basis than a dedicated heart rate monitor.

There are a number of other considerations to weigh—ease of use, battery life, etc. Regardless of the factor that excites the older user, the point is: The world will be a better place if older adults get more support from technology, and that will only happen with older adults' blessing. That means designing technology that people will buy because they want to, not out of obligation. Wearables, therefore, need to feel more like a watch—a useful engine of self-expression—than an ankle monitor.