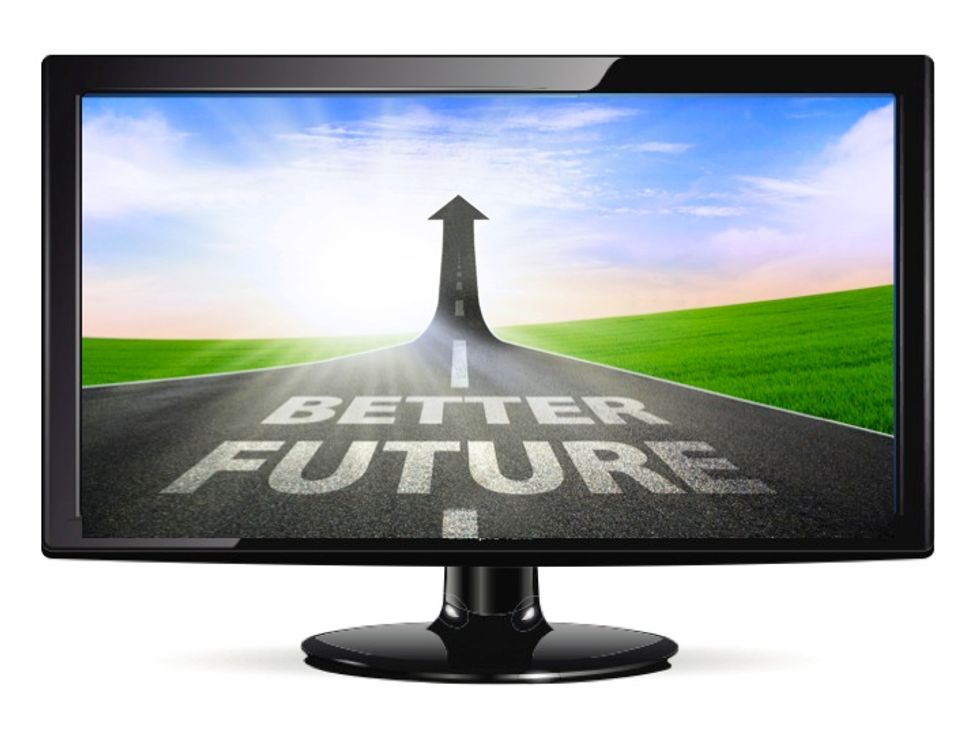 When societal change happens there is rarely a moment of thunderous applause. Real change is typically incremental and then one day a shift in attitudes or lifestyles is so apparent that historians start reverse engineering dates or events marking ‘when’ the change occurred.

The media reflects and reinforces change in society. Advertising in particular is more than a means to strike public awareness in a product, done well it stokes interest and desire in a way of life…that just happens to require the product or service being marketed.

Images of ‘aging’ have been on television for years. The famous, some might say infamous, ‘help I’ve fallen and can’t get up’ commercial for Life Call’s personal emergency response system has shaped much of the public’s perception of products for older consumers. Other less dramatic commercials aimed at older consumers include a litany of assistive technologies, such as scooters, and the pharmaceutical industry’s direct-to-consumer campaigns for countless medications to manage debilitating conditions. These images have done more than sell a product they have reinforced an image of aging. Message – older people are frail, sick and need this product to manage old age.

A change in both products and message is occurring that may potentially move the public’s mindset of muddling through aging to proactive performance of longevity. Yes, there are the countless Viagra and Cialis commercials focusing on ‘performance’ but now there is network television time being invested in what the individual can do to improve function and to live better, not just longer. The new message is proactive well-being – there is something you can do to age well. Two commercials, independent of their product’s possible effectiveness, present evolving messages framing the future of public expectations for old age.

Lumosity is one several software-based programs that promise to improve brain performance. There are numerous brain gyms in a box on the market but Lumosity may be one of the first to go on TV. The spot portrays young and middle-aged adults wanting their brains to be ‘faster and sharper’. Message – want a ‘better brain’, science can deliver. Described as being ‘like a personal trainer for your brain’ Lumosity will be one of many products to come capturing the general public’s attention with promises of brain performance that will be well beyond the usual 50+ websites, print media and 2AM spots.

The second example is Stryker’s spot for its GetAroundKnee. The narrator suggests ‘don’t just replace your knee, replace how your knee moves’. Message – this technology can do more than help, it can make you better. Reminiscent of the 1970s television show the Six Million Dollar Man that portrayed Lee Majors as a man made ‘better, stronger, faster’ by bionic parts replacement, the GetAroundKnee is going to be one of many ‘new parts’ and ‘rebuild’ products that will fill the public’s TV screen and imagination in coming years rivaling the pharma industry’s direct-to-consumer advertising for molecule-based products.

What’s the big disruptive idea? Reality begins with dreams and expectations. The next generation of old have experienced better, faster, cheaper throughout their lives. This lifelong socialization of technology-inspired progress and improvement combined with the convergence of new technologies to potentially extend capacity and quality of life will create a new demand for old age – not just to live longer, but to live better. That market of great expectations will drive innovation for new products and services making aging an economic driver as well as a force for change in quality living across the lifespan.