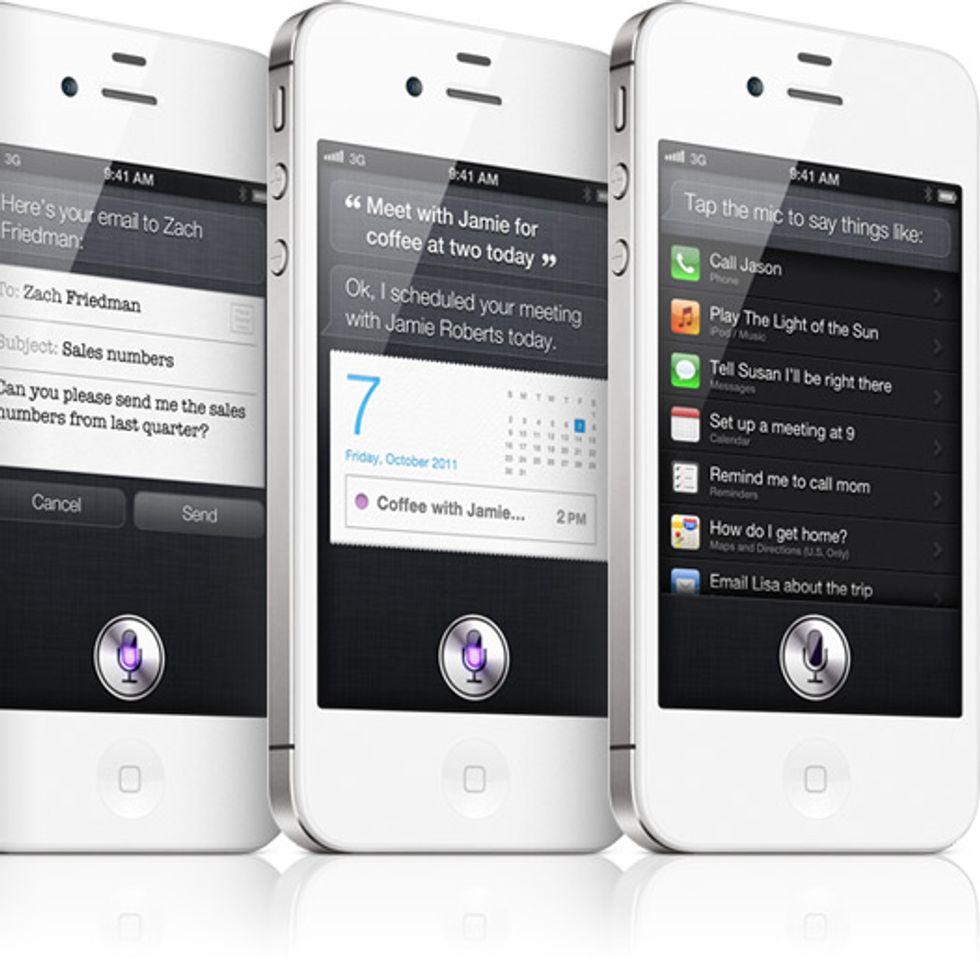 Like many others, I was not very enthusiastic about the launch event of the iPhone 4S. The expectations where simply too high, and the whole event seemed to lack the usual energy. One day later the world learned why.

Now, amplified through the thought process triggered by Steve Job’s passing I think most of us, including myself, missed Steve’s last big “one more thing”. We were waiting for a new, thinner, faster, feature rich device. But this time it was all about the software and it might become his biggest coup.

I believe, Siri has the potential to change some corner stones in society and that Siri or software like Siri will have a huge impact on education and how people learn. Or better, what people are going to learn at all.

First of all, it is not about what Siri can do today, though I have to say it seems to be pretty capable already. In case you did not watch the iPhone 4S launch yet or read about it, Siri is a personal assistant software that comes with the new iPhone. The huge leap forward is that you don’t need to learn voice commands to control the software like you need for most car entertainment systems or GPS devices. With Siri you can ask natural questions like “Do I need to wear a raincoat today?” or “I would like to listen to some Guns’n’Roses.”

One of the benchmarks for computer design has always been to create a technology that would enable the user to interact with the device in the most natural way possible. That’s why the iPhone was such a landmark. In the presentation Jobs asked how to control this touchscreen device. No one wants a stylus, and humans are born with the perfect pointing device, even ten of them.

Voice control is clearly the other component and many have tried before. But before Siri there has not been a really good working software. You needed to train your software to your voice and then you needed to learn the commands. Think about it, most people don’t even know keyboard shortcuts, why should they then learn special commands for voice control?

Hence, Siri makes it very easy and convenient for us to interact with our mobile device for a lot of our daily tasks from scheduling a meeting to baking a cake.

Now lets go a step further. I already wrote about the fact that the search business is slowly replaced by the answer business. People expect to get answers to their questions from the Internet. They search for “What is...” “How to...” “Where do I...” and so on. Siri is linked to Wolfram Alpha and Wikipedia already today, hence the better the software gets over time, the more likely Siri will have an answer for you.

No need to open a web-browser, go to your favorite search engine, type in the question, choose a link and read the article. It’s going to be like talking to a really smart person that has an answer to everything.

Remember when you were a kid and asked your parents or grand parents a question? In most cases they had an answer and you thought they know everything. I think everyone of us thought at one point in our lives that we had the smartest parents of all. The older we got, the more we realized that this was not the case. Imagine you had a device as a kid that seemed to know everything. Would you still ask your parents as often?

Before, there were books or other means of getting information, the younger generation learned from the elders by interacting and asking them. We live in a society that lives in the belief that we have access to all information we need.

Over time it has become less important to ask your parents or grandparents about their lives, what they learned and what we can learn from it. Knowledge about many things not eminent to modern society or thought to be not eminent got lost already. The same is true for skills, especially how to solve manual tasks. We tend to say, it requires an expert for that.

Now, also on the information level, we might ask what the motivation is to learn information in school when you have an all knowing device in your pocket? It even knows more than the teacher who might not have an answer to a specific question right away. In such a scenario, what will the relevance of a teacher be?

To give you a rather banal example. I don’t have to percent calculation every day anymore. Certainly, I learnt it in school and it’s not very complicated but on the few occasions I have to use it, every time I find myself figuring which formula to apply instead of having the result instantly. I will most certainly just ask my personal assistant software what the answer is. It’ll save me time and effort but I know I’m going to lose the ability of figuring out percent calculation more sooner than later.

To leave you with a last thought considering the political dimension of controlling information. Who is going to be in charge of the information people receive?

As we just saw with the shutdown of Wikipedia Italy, you don’t have to look far for governments threatening the free flow of information. If the majority of citizens rely on the information they get from their personal, omniscient assistant device the organisation who is in control of the information will be in very strong position.