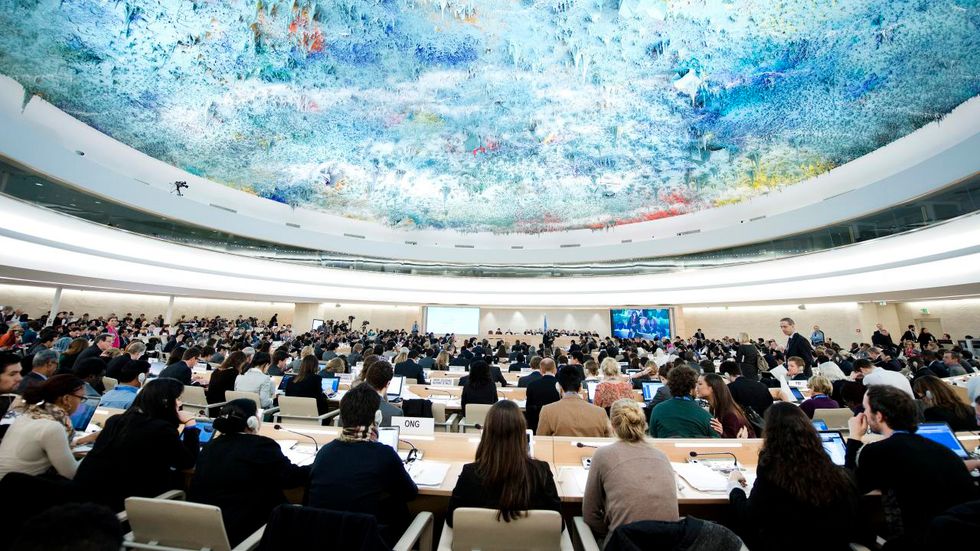 Yesterday was the first day of Brain Bar Budapest – “Europe’s leading conference of the future” - an event with the ambition to become as recognized as SXSW and The World Economic Forum. With expected 7000 visitors this year, a third of which from abroad, and a stellar line-up of speakers, that goal appears likely to be reached.

Differentiating itself from other idea-conferences, Brain Bar puts a big emphasis on interactivity and challenging ideas. This year it introduced several new formats to facilitate this. One of them was “Mythburning”, during which a renowned expert questions the validity of certain propositions within his field of expertise.

The first mythburner at Brain Bar was Stephen M. Walt, a professor at Harvard’s Kennedy School of Government, who tackled some seemingly non-controversial statements about human rights, democracy, and international law.

Human beings do not share universal moral principles. We actually fight over many basic moral ideas, like whether gay people should be allowed to get married, or what role should religion play in our political lives. When we try to impose the ones we happen to like on others, we are actually more likely to generate conflicts.

International law and public opinion are the sources of peace.

International law is very useful for states to cooperate with each other. For example, facilitating international trade depends upon a variety of formal legal agreements. What international law and global public opinion and norms can’t do, is stop powerful states from doing what it is they want in order to make themselves secure or advance their interest. International law couldn’t stop Russia from seizing Crimea. It can’t stop China from building islands in the South China Sea. It couldn’t stop the U.S. to invade Iraq in 2003 or prevent it from sending drones into various countries chasing suspected terrorists. Moreover, if you think that international law can solve such problems, you may not pay enough attention to doing the other things that might actually fix them – like constructive diplomacy and creating powerful defensive alliances.

By promoting human rights, we create a more peaceful world.

Human rights are very important and I think advancing them within countries is actually a worthy goal. But advancing human rights in different parts of the world is not necessarily the best way to produce peace. For example, when the U.S., Britain and France overthrew Muammar Gaddafi largely for human rights reasons in Lybia, we ended up creating a failed state and the situation for Lybians is, in fact, even worse than it was before we intervened. So, well-intentioned efforts to advance human rights don’t necessarily create a more peaceful world. That’s not to say we shouldn’t try to promote human rights in our own countries in order to set a good example for the rest of the world. But we have to be very careful about overzealous efforts, because that actually can be an engine for conflict. I would argue that human rights performance over time has seen steady progress in many parts of the world. However, it has been as much done through the slow progress of social movements and diplomacy, as by energetic acts of statecraft. This is something that you cannot rush. You have to let each society come to those conclusions pretty much on its own.

Spreading democracy is the best way to promote peace.

I think liberal democracy is the best form of government to live under, but it’s not a particularly good way to promote peace. First of all, democracies start as many wars as non-democracies do. Think of the United States, for example, where we have not been bashful about using military force and sometimes initiating conflicts, even when we weren’t attacked. So, spreading democracy doesn’t necessarily guarantee peace. Finally, once democracies get into a big war, like World War I and World War II, they kill just as many people, including just as many civilians as non-democracies do. If the way you are spreading democracy is through military force, you have something of a contradiction there. There are better ways to promote peace than trying to aggressively create democracies.