What If Your Future Car Was Hooked Up to Your Brain?

What if your car was an extension of yourself? Neuroscience, art, and engineering combine to give us a glimpse of that future. 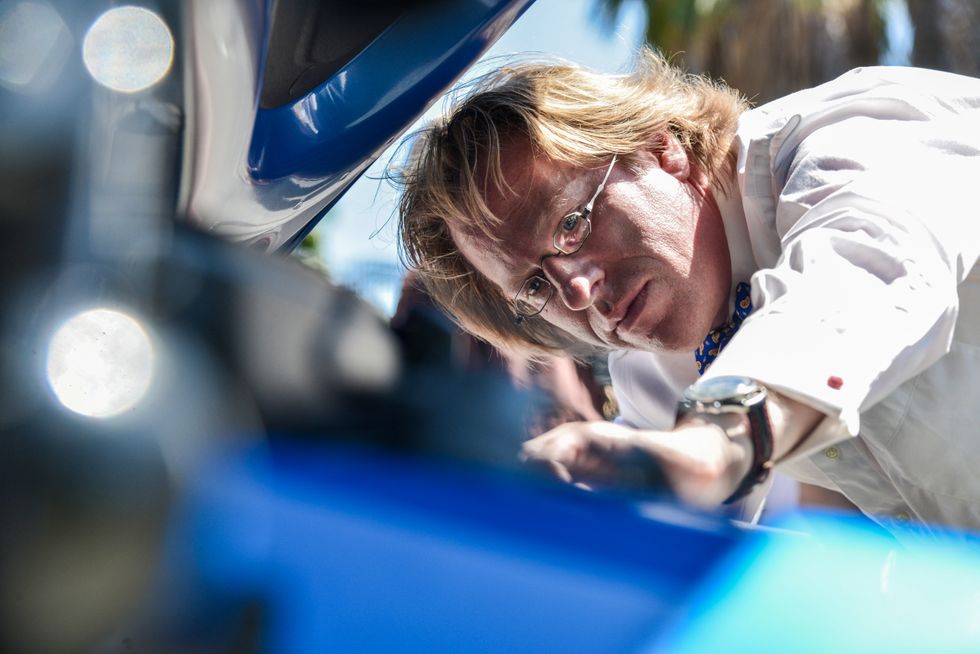 With all the attention and money invested into autonomous cars in the past few years, we may have started to take for granted that the future belongs to driverless vehicles. Jonathon Keats is not so quick to succumb to this assumption. Instead, he asks, “What if the future of the car is not driverless?”

In 2015 Keats, who is an artist, writer and experimental philosopher, received a grant from LACMA’s Art + Technology Lab to explore how wearable technology affects the identity of the wearer. He took the assignment to the domain of the automobile to imagine what the future of the car would look like if the car became a wearable. In other words, instead of a future where artificial intelligence diminishes our connection with the car, Keats imagines a scenario where the connection becomes stronger and even more personal by neuroscientifically linking the internal workings of the vehicle to the driver’s own internal body state.

Keats describes this car as “a cognitive and emotional extension of ourselves. On the road, the driver and car will operate as a physically and mentally unified man-machine hybrid. Driving will become safer, less stressful and more natural. The car will become driverful.”

With support from Hyundai Motor Company, Keats paired with engineer Ryan Ayler to explore what manifesting this idea would look like. After two years of research and development they created the first version of a fully operating prototype called Roadable Synapse.

Working from the principle that the car should be the driver’s body and the driver should be the car’s mind, the duo used a variety of sensors to translate the vehicle’s speed, power, aerodynamics, and driving efficiency into auditory cues that create particular sensations in the driver.

The speed, for example, is conveyed by increasing or decreasing the tempo of the music the driver is listening to. This alters the driver’s perception of time, based on the psychological phenomenon that people perceive time to move more slowly when emotionally aroused by stimulating music. From the driver’s perspective, more seems to happen within a given time increment, equivalent to the fact that the car covers more distance when traveling more swiftly.

The Roadable Synapse from LACMA on Vimeo.

Engine RPM is conveyed to the driver as a function of the volume of music being played on the stereo. The aerodynamic profile of the moving vehicle is experienced by the driver through adjustment of music balance on the right and left speakers. Driving efficiency is conveyed through the ratio of signal to noise, as driving becomes less efficient, the music is distorted to become noisier, demanding more listening effort on the part of the driver.

The next-generation Roadable Synapse will further integrate the experiences of car and driver via interoception. Interoception is the sense we have for all aspects of the physiological condition of our body including feelings like pain, temperature, itch, sensual touch, thirst and hunger.

Keats plans to use external devices that will help simulate a feeling of hunger in the driver as the fuel runs low. Rumbling of the stomach will be stimulated by a vibrating mechanism attached to the seatbelt, while another device will regulate the temperature of the abdomen to induce greater appetite through gradual cooling.

With the Roadable Synapse, Keats explores how other existing technologies, besides AI, could affect the future of the car, like the cyborg future of wearables, neuroprostheses and brain-computer interfaces. He says:

I don't see a cyborg future as better or worse than the AI-driven future of driverless cars. But I think it's essential that we be able to get outside the assumptions that the future of driving will be autonomous, in order to individually and collectively decide what we really want. And that's not only true for cars, but for technology more broadly. By presenting the antithesis of the self-driving car, I hope to facilitate a new synthesis that encompasses the best of these two possibilities and ideally opens up the transportation sector to other options as well.

The Roadable Synapse is on display at LACMA beginning August 17, 2017.