Major report warns that a "meat tax" is coming

After tobacco, carbon, and sugar, meat may be next on the list to be taxed by governments in their efforts to comply with health and environmental policies. 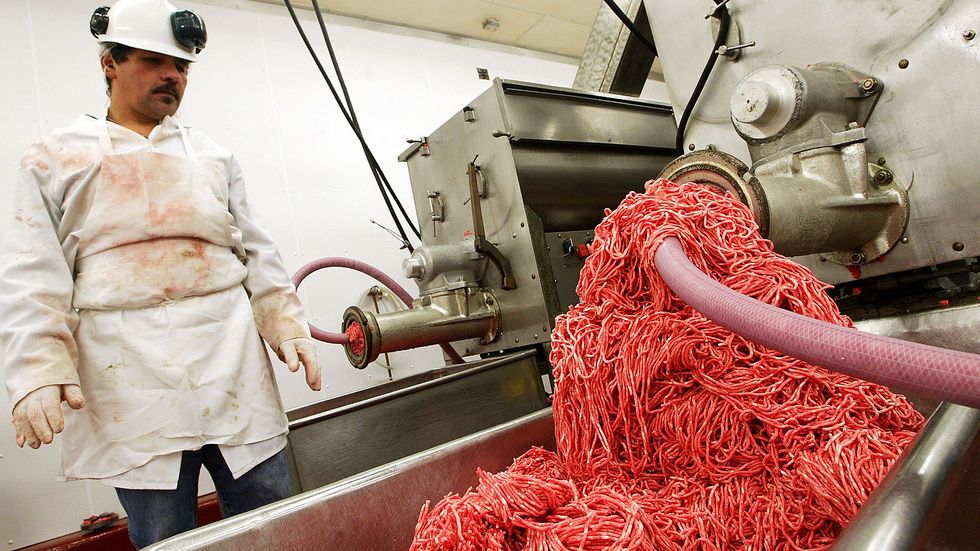 After tobacco, carbon, and sugar, meat may be next on the list to be taxed by governments in their efforts to comply with health and environmental policies. Тhis is what a recent report published by the FAIRR initiative argues.

Farm Animal Investment Risk and Return (FAIRR) is an initiative that informs and advises investors about the risks and opportunities related to the industrial livestock production sector. FAIRR’s most recent report The Livestock Levy, which was published in December, forewarns investors that meat may be due for a tax in the next five to ten years, just like sugar and tobacco.

Taxing goods that are considered unhealthy or dangerous for the environment is an attractive revenue stream for governments. In recent years, meat has entered the list of goods that may be harmful to society.

The International Agency for Research on Cancer (IARC), which is part of the World Health Organization, has classified processed meat as a Group1 carcinogen, the same group as tobacco and asbestos. Red meat was classified as Group2A: “probably carcinogenic to humans.”

As a result, many countries have started modifying their official food recommendation guidelines switching their focus from meat and dairy to plants. Belgium’s 2017 food pyramid shows processed meat in the junk food category—alongside candy, sugar and fries—as foods that “are not necessary for a balanced diet and can even damage your health.”

Belgium's food pyramid. The top says 'Drink mostly water'. The green circle says 'more' and the yellow circle says 'less'. The red section says 'as little as possible' and is for foods that are "not necessary for a balanced diet and can even damage your health."

The Chinese Dietary Guideline, which was last updated in 2016, recommends that Chinese people reduce their consumption of meat to 1.4-2.6 oz a day. If the recommendation is followed, it would reduce the meat consumption per person from 139 lbs to 31-60 lbs per year.

But while there is still room for a scientific debate regarding the health risks of consuming meat, there is none left when it comes to the harm that industrial livestock production causes to the environment.

The FAIRR report points out that meat consumption has risen 500% between 1992 and 2016, and the upward trend is likely to continue. This would put an even further strain on the global livestock industry, which is already implicated in producing more greenhouse gas emissions than the transport sector, increasing levels of antibiotic resistance, soil degradation, deforestation and being a threat to global food security and water availability.

FAIRR estimates that the health and environmental costs for the global economy caused by meat production could result in as much as $1.6 trillion by 2050.

Jeremy Coller, the founder of FAIRR and the chief investment officer at the private equity firm Coller Capital says:

“If policymakers are to cover the true cost of human epidemics like obesity, diabetes and cancer, and livestock epidemics like avian flu, while also tackling the twin challenges of climate change and antibiotic resistance, then a shift from subsidisation to taxation of the meat industry looks inevitable. Far-sighted investors should plan ahead for this day.”

Indeed, policymakers in countries like Denmark, Sweden and Germany have already put taxing meat on their agendas, even though no concrete legislation plans have been put in place. However, it is exactly in the Nordic countries that the first carbon tax was introduced in 1990.

So, the question remains whether or not taxing meat will be an effective enough measure.

According to Mexico’s National Institute of Public Health, the special tax on sugary drinks that was imposed in 2014 has resulted in lowering per capita consumption of those beverages by 6% in 2014, 8% in 2015 and 11% in the first half of 2016.

According to a study by the Oxford Martin Programme on the Future of Food, taxes of 40% on beef, 20% on dairy products and 8.5% on chicken would save half a million lives a year and reduce climate warming emissions.

The World Health Organization considers taxing tobacco, for example, as a win-win policy for governments that “creates the fiscal space to finance development programmes while, at the same time, reduces tobacco use.”

There are more ripple effects to taxation that could prove beneficial. For example, steering investor money away from the meat production industry to companies that produce more sustainable forms of protein like Beyond Meat can lead to accelerated innovations.

“On the current pathway we may well see some form of meat tax emerge within five to 10 years. There are huge opportunities in the market. If we can start replacing meat protein with plant-based protein that has the same look, taste and feel as meat, where real red-blooded meat eaters are happy to dig into a burger that is plant-based, we are changing the world.”

Here, epidemiologist Dr. Larry Brilliant explains the dangerous trend of developing nations' increasing taste and growing budget for meat consumption, and the impact it has on disease epidemics.