Humanity will give up alcohol in a generation, says leading scientist

In this brave new world, innovative synthetic beverages will be able to deliver all the desirable and none of the negative effects of booze. 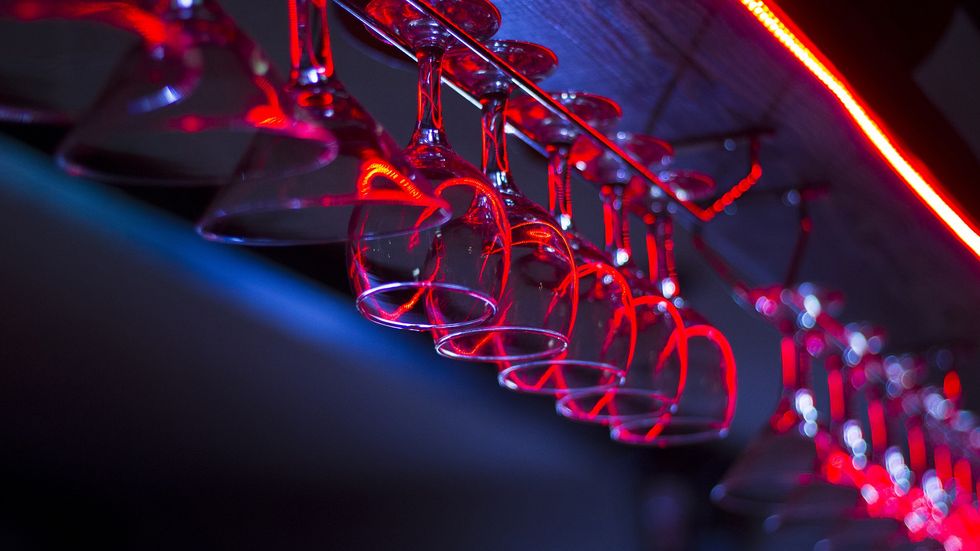 Within a generation, drinking alcohol will become a thing of the past. This is what David Nutt, a British scientist and a former drugs advisor to the U.K. government, believes. In this brave new world, innovative synthetic beverages will be able to deliver all the desirable and none of the negative effects of booze.

Nutt, who is also a professor at Imperial College London, has dedicated his research efforts to finding a “responsible alternative to alcohol" via his company called Alcarelle. So far, his team has identified several compounds with the potential to become SARAA'S (Safe And Responsible Alternatives to Alcohol) and will soon be raising $12 million to bring them to market.

Alcohol is a drug. The fact that it is freely available to buy and consume in unlimited quantities is pretty much an historical accident. Alcohol is a sedative, it increases the effects of a neurotransmitter called GABA (Nutt was one of the scientists who contributed to the early understanding of how this neurotransmitter works), which suppresses the activity of the central nervous system. This in turn impairs cognitive, memory, motor and sensory functions.

By-products of alcohol metabolism, like acetyldehyde, can produce very negative short-term side effects, which you're surely familiar with. Excessive consumption in the long run, on the other hand, can damage your brain, lungs, liver, stomach, pancreas, intestines, kidneys, bones, skin and more. It is also addictive.

Of course, you wouldn't be drinking if it was all bad stuff. The pleasurable effects of alcohol are a result of its effect on other neurotransmitter systems which increase the levels of dopamine and other molecules in the reward pathways of the brain. It is these effects that Nutt has studied for years and wants to replicate via synthetic substances, without the consequences of hangovers, addictions, and aggression.

Unfortunately, details about the chemical compound that is Alcosynth remain a secret. One thing we know is that the metabolism of Alcosynth won't produce acetyldehyde, which is why many news sources have reported it as hangover-free alcohol. Another “feature" of the substance is that its effects don't compound with increased consumption but reach a “plateau." After this point, further consumption won't result in stronger effects.

Nutt compares Alcosynth to electronic cigarettes, which is why he believes SARAA'S have the potential to end alcohol usage.

"Alcosynth will become the preferred drink, in the same way that I can see – almost within a decade now in the Western world – tobacco and cigarettes will disappear as they're replaced by electronic cigarettes. Wouldn't it be fantastic if we could replace alcohol with something that led to almost no deaths? That would be one of the greatest public health developments in the history of the world." - he says.

Alcarelle's work is motivated by the enormous cost of alcohol consumption to the individual and society. In the U.S. alcohol is the second biggest cause of death, after tobacco. Worldwide, 3.3 million people die every year as a result of the harmful use of alcohol, which is also a relevant factor in more than 200 diseases like alcohol dependence, liver cirrhosis, cancers and injuries.

Interestingly, high-income countries have the highest alcohol per capita consumption and the highest prevalence of heavy episodic drinking among drinkers. In 2010, alcohol misuse cost the United States $249 billion.

Worldwide, 2.8 billion people drink alcohol. Eliminating the negative health consequences for them will be indeed a great public health development. Still, Alcosynth will remain a psychoactive drug. It's not such a big stretch to consider dystopian scenarios like the one portrayed in Aldous Huxley's Brave New World and the ubiquitous usage of his “soma". After all, often times it is precisely the bad side effects of alcohol that eventually make it not worth it at all.