Eating Late at Night Could Be More Dangerous Than You Think 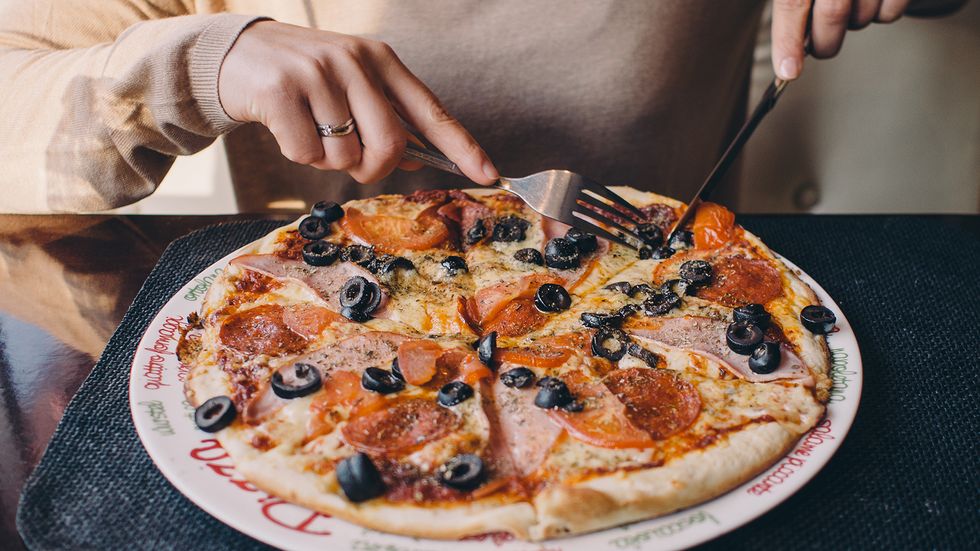 Fasting has been a hot topic recently, with intermittent fasting in particular (having an 8-hour eating period and a 16-hour fasting period each day), gaining a lot of popularity. Studies have shown that fasting can have positive effects on weight loss, immune cell regeneration, cancer prevention, insulin sensitivity, and lifespan. While many people who practice intermittent fasting believe that the timing of the eating window doesn't matter, with many choosing to skip breakfast, for example, a recent study from the University of Pennsylvania School of Medicine shows that timing of meals does in deed matter.

The study is the first of its kind to look at meal timing while controlling for sleep-wake cycles, exercise, and macronutrient intake (the intake and ratio of proteins, carbohydrates, and fats). It put 9 healthy weight adults through two separate eating schedules. For the first 8 weeks participants adhered to a daytime eating schedule between 8 a.m. and 7 p.m. Then, after a two-week break, which allowed them to return to their baseline, they started a second 8-week period, during which they ate between noon and 11 p.m.

The results showed that eating later, compared to the daytime schedule, led to an increase in weight, insulin, fasting glucose, cholesterol, and triglyceride levels. Higher glucose and insulin are implicated in diabetes, while higher cholesterol and triglycerides are linked with cardiovascular problems.

Kelly Allison, PhD, an associate professor of psychology in Psychiatry and director of the Center for Weight and Eating Disorders, and senior author on the study said:

"While lifestyle change is never easy, these findings suggest that eating earlier in the day may be worth the effort to help prevent these detrimental chronic health effects. We have an extensive knowledge of how overeating affects health and body weight, but now we have a better understanding of how our body processes foods at different times of day over a long period of time."

A preliminary study that came out in 2016 compared early time-restricted feeding (eating between 8 a.m. and 2 p.m.) with eating between 8 a.m. and 8 p.m. and found that although early time-restricted feeding did not affect how many calories participants burned, it reduced daily hunger swings and increased fat burning during several hours at night. It also improved metabolic flexibility, which is the body's ability to switch between burning carbs and fats.

The physiological effects of meal timing and the mechanisms behind them are one of the newest research areas in nutrition. New studies coming from the Salk Institute for Biological Studies in La Jolla, California and the work of Dr. Satchidananda Panda look at the role the body’s “master clock” plays in these processes. They show, for example, that the body’s circadian rhythm is regulated not only by light, but also by the consumption of food. Our circadian rhythm is linked to patterns of brain wave activity, hormone production, cell regeneration and other biological activities, which is why it is so important that it stays regulated.

For a very interesting talk with Dr. Satchidananda Panda on the timing of food and it's relationship with our biological clocks, watch the video below.