Letting School Kids Sleep In Could Add Billions to the U.S. Economy

It could add $83 billion to the U.S. economy in 10 years—and that's a very conservative estimate. 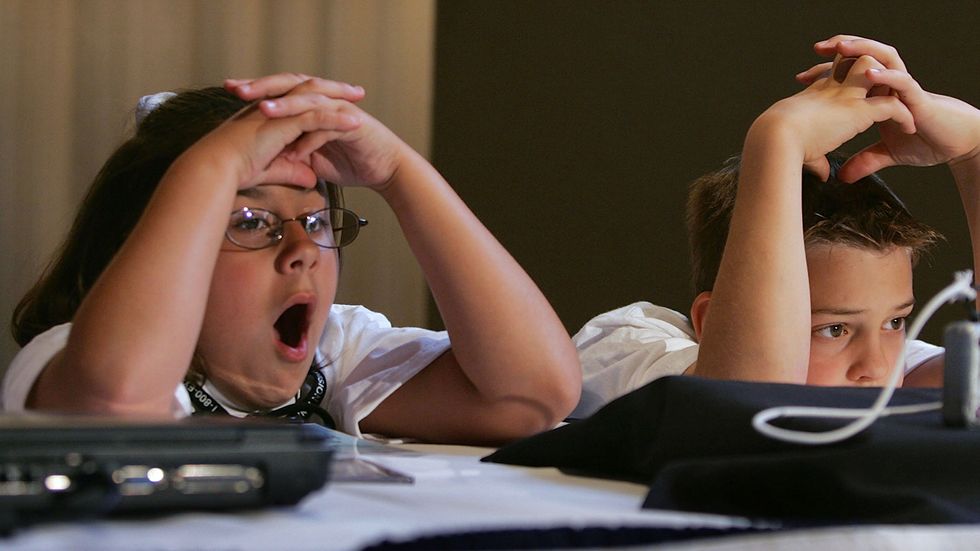 A new report by the RAND Corporation estimates that the U.S. Economy could benefit significantly from delaying the start of the school day to 8:30am.

For years, researchers have advocated for later school start times, since many studies have shown that it would result in positive outcomes for students, such as better academic performance, mental and physical health, and public safety.

School districts, however, have been reluctant to implement such changes out of fear for increased costs, like rescheduling school busses. RAND Corporation’s report employed a novel macroeconomic modeling approach to estimate how a school day starting at 8:30 in the morning would change the economic performance of 47 U.S. states.

Insufficient sleep has been a major issue amongst middle- and high-school students. The Center for Disease Control and Prevention reports that 2 out of 3 adolescents don’t get the recommended minimum of 8.5 hours per night. A big reason for this is the early school start time.

During adolescence, students’ natural circadian rhythm shifts by about 3 hours, leading to later bed times. Since the only way to compensate for this would be later wake-up times, the early start of the school day causes an accumulation of sleep loss in teenagers. This in turn is associated with several health and behavioral risks like depression and alcohol consumption as well as poorer academic performance.

Even though many organizations, like the American Academy of Pediatrics, have recommended high schools and middle schools to start no earlier than 8:30am, fewer than 1 in 5 schools follow this recommendation.

School districts, with their already strained budgets, are afraid of more costs. In addition, there has only been one published study to examine the potential economic consequences of new school times.

In 2011 the Brookings Institution published a paper recommending later start times and “conservatively” estimating that the ratio of benefits to costs would be 9 to 1. It quoted a $17,500 lifetime earnings gain for students as a result of such reform, compared to a cost of $1,950 over a student’s school career.

The new report from RAND Corporation provides a more comprehensive economic analysis by assuming a universal state-wide shift in school start times to at least 8:30am, and comparing state-by-state and year-by-year economic effects to the status quo of current school start times.

The report notes that, indeed, the largest cost of delaying school would be changing the bus schedules and would come up to $150 per student per year. Additional school infrastructure costs would come up to $110,000 per school. However, the nation-wide economic gains would be huge, coming up to $83 billion within a decade.

These gains are estimated to come from higher academic performance (including higher likelihood to graduate from high school or college) and reduced car crash mortality. They don’t include gains from the reduction of other health and public risks associated with sleep deprivation in youths like obesity or engaging in violent crime.

Marco Hafner, a senior economist at RAND Europe, the European affiliate of the RAND Corporation, told The University Paper:

"The level of benefit and period of time it would take to recoup the costs from the policy change is unprecedented in economic terms.

Throughout the cost-benefit projections, we have taken a conservative approach when establishing the economic gains. We have not included other effects from insufficient sleep, such as higher suicide rates, increased obesity and mental health issues, which are all difficult to quantify precisely. Therefore, it is likely that the reported economic and health benefits from delaying school start times could be even higher across many U.S. states."