How poor sleep may bolster your risk of dementia

A new study has found a mechanism that links poor sleep with deterioration of brain function. 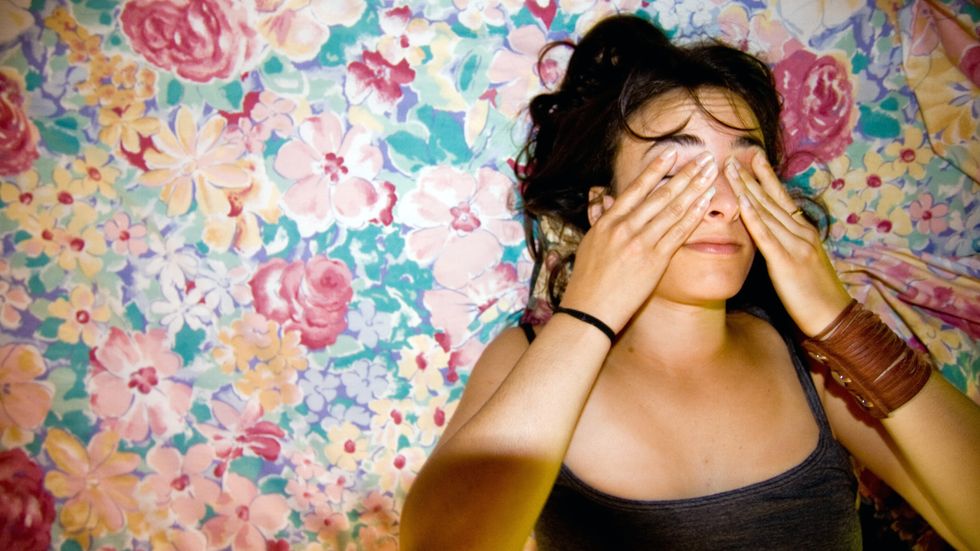 Sleep is one of the most underappreciated factors for good health. While New Year's resolutions abound with commitments to healthier diets and more exercise, few of us resolve to go to bed earlier, quit using electronic devices before bed, and improve the conditions in our bedrooms to ensure a higher quality of sleep. This is a major oversight. Sleep is a crucial component to achieving your gym goals, reducing your stress levels, and ensuring your cognitive health.

A new study from Washington University School of Medicine in St. Louis has found a mechanism that links poor sleep with deterioration of brain function. The scientists have shown that a sleepless night causes levels of the Alzheimer's protein amyloid beta to rise faster than the brain's waste-disposal system can remove it. Persistently high levels of the protein can set off a series of changes to the brain that may lead to dementia.

“This study is the clearest demonstration in humans that sleep disruption leads to an increased risk of Alzheimer’s disease through an amyloid beta mechanism.”

The researchers studied eight people ages 30 to 60 with no sleep or cognitive problems. The participants were assigned to one of three groups and were then monitored for 36 hours. One group had a normal night’s sleep. The second group stayed up all night. The third group took a prescription medication which increases slow-wave sleep — the deep, dreamless phase of sleep that people need to wake up feeling refreshed. All participants were studied in at least two of the scenarios over the course of 6 months, and four of them took part in all three.

The results showed that amyloid beta levels had increased 25-30% in people who were sleep-deprived. These levels are on par with the levels seen in people genetically predisposed to develop Alzheimer’s at a young age. Those who took sleep medication did not see their levels of amyloid beta further decrease, which means that if a person is already sleeping well, medicating won’t produce additional positive effects.

Amyloid beta is a by-product of normal brain activity and is cleared by the brain at a steady rate. During sleep, the brain produces less of the protein which allows the waste disposal system to catch up. Unfortunately, this process is hindered when sleep is disrupted as the brain continues to produce the protein at a normal rate. Accumulation of the protein results in plaques which damage neurons and can trigger destructive brain changes.

“I don’t want anyone to think that they are going to get Alzheimer’s disease because they pulled an all-nighter in college. One night probably has no effect on your overall risk of Alzheimer’s. We are really much more concerned about people with chronic sleep problems.”

According to the Center for Disease Control and Prevention (CDC) 35% of adults in the U.S. don’t get the minimum recommended amount of 7 hours of sleep per night. Some tips for better sleep include going to bed at the same time, ensuring that your bedroom is dark and quiet, reducing blue light exposure from electronic devices before sleep (applications like f.lux work quite well), and avoiding large meals, caffeine and alcohol before sleep.

In the following video, sleep psychologist Shelby Harris explains the phases and function of sleep.