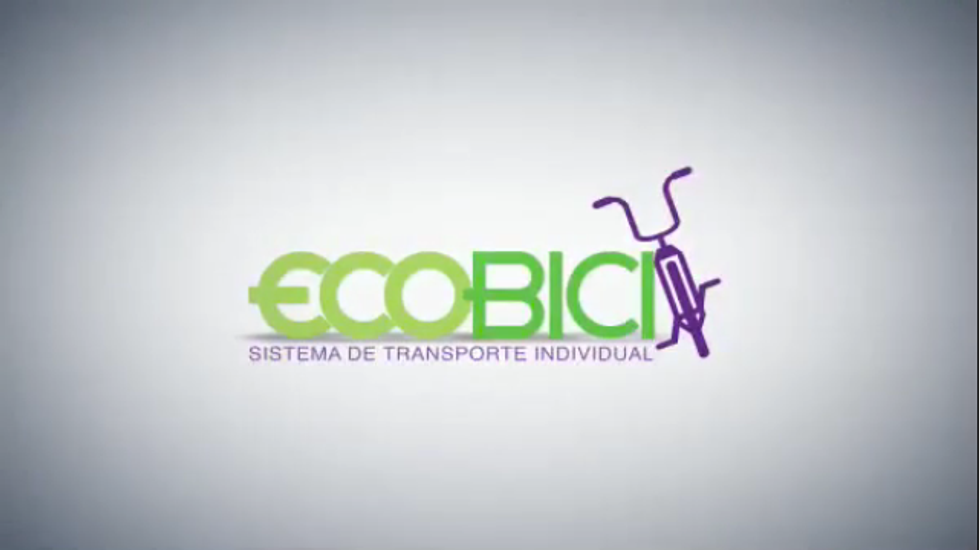 We've been covering bike-sharing programs quite a bit over the past few months. And now Mexico City is stepping in with what could easily be the most impactful bike-sharing program of all, making a dramatic difference in the chronic congestion problem of the world's third most populated metropolis.

EcoBici, Mexico City's bike-sharing program, is part of local government's Plan Verde ("Green Plan"), a 15-year initiative to enhance environmental value, public space, habitability, water supply, air quality, mobility, and other sustainability-driven factors that contribute to the city's livability. The long-term goal of the bike-sharing program is to convert 5% of city journeys to cycling – an ambitious goal with enormous potential impact in a city where more than 80% of journeys are currently taken on a highly overloaded public transit system with major traffic congestion.

Currenly, EcoBici has 86 docking modules spaced less than a thousand feet from one another, housing a total of 1,114 bicycles. The low annual membership cost – just $25 a year – has made the scheme a success, offering the city's most affordable mode of transportation. To promote the program, Mexico City closes its main avenue to cars every Sunday, making it a cycling mecca for up to 80,000 cyclists at a time. (A similar effort took place in New York City this year, with the Summer Streets program handing Park Avenue over to cyclists every Sunday for a month.)

The program's only downside: Despite the popularity of bike-sharing, Mexico City is still virtually devoid of bike lanes, making safety a key concern working against higher adoption rates – a field example of the necessity for cross-disciplinary collaboration between policymakers, urban planners, designers and civic engineers.

via The Big City