What the Bishops Have to Say For Themselves 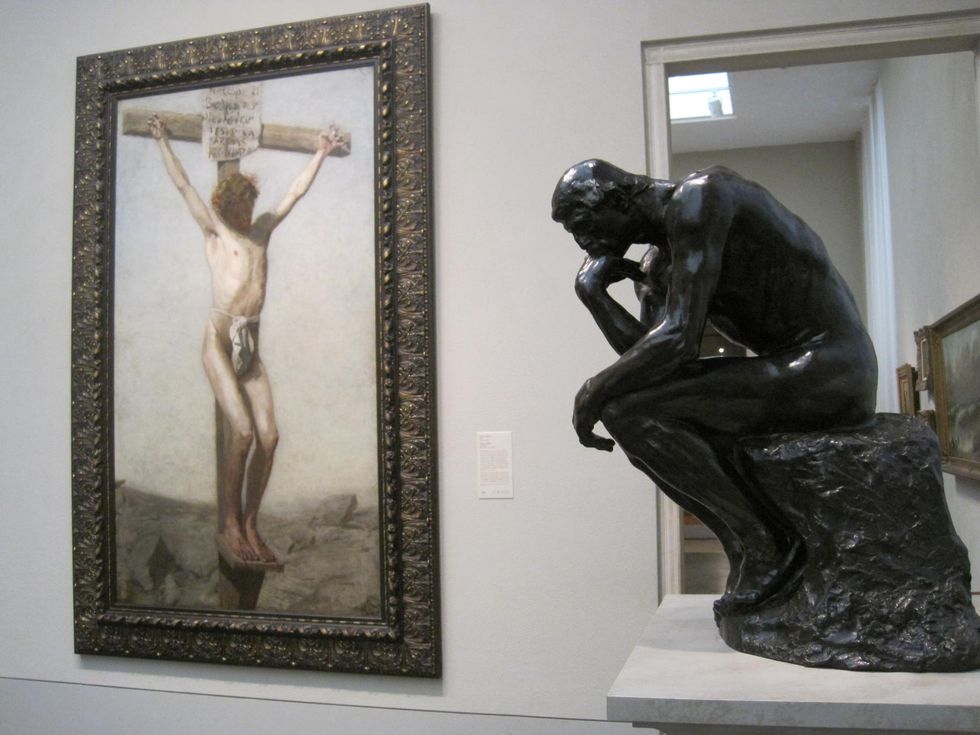 Ireland's Catholic bishops have released an official statement on the death of Savita Halappanavar, to my surprise. It may well be that the outcry was so great, they felt obligated to respond. If so, it would be a rare instance of the church being swayed by external pressure.

However, the statement itself doesn't say anything new or specific. Mostly, it just reiterates the church's stance on abortion, which is this:

Where a seriously ill pregnant woman needs medical treatment which may put the life of her baby at risk, such treatments are ethically permissible provided every effort has been made to save the life of both the mother and her baby.

That sounds fair and reasonable for the uncommon cases where, say, a pregnant woman has cancer, and chemotherapy or radiation would save her life but kill the fetus. It's good they agree that a woman in that situation should get medical care. But the bishops fail to address an obvious question: What happens when it's the pregnancy itself that's threatening the woman's life, and not some unrelated illness that just happens to afflict a pregnant woman?

That's what happened in the Phoenix case where a woman - three months pregnant and already a mother - came to the hospital with severe pregnancy-induced hypertension. Had the pregnancy been allowed to continue, she would almost certainly have had a heart attack or a stroke. The only possible cure was abortion, ending the pregnancy that was threatening her life. The alternative was doing nothing, which would have killed her and thus killed the fetus anyway.

And that's what happened in Savita's case (as well as these similar cases that I discussed previously). The problem was that she was having a miscarriage. Her fetus was too undeveloped to survive outside the womb, no matter what. But a miscarriage can take days to play out, and the opening of the cervix during this time, like an open wound, creates a grave risk for infection. Again, the only question was whether to perform an abortion, slightly hastening the end of a doomed pregnancy, or to do nothing, drawing out the chance of a deadly infection as the fetus slowly dies. Of course, we know what Savita's doctors chose.

The bishops' statement avoids giving a direct answer to this question, but if you read it carefully, their position is plain. They express the obligatory condolences, but what they notably don't say is that Savita's doctors did anything wrong. On the contrary, they proclaim that abortion is "gravely immoral in all circumstances" [my emphasis]. The Ethical and Religious Directives for Catholic Health Care Services say the same, in Directive 45: "Abortion (that is, the directly intended termination of pregnancy before viability or the directly intended destruction of a viable fetus) is never permitted."

So, here's the takeaway: According to the bishops, Savita's doctors did the right thing, and when there are similar cases in the future, those doctors should make the same decisions. When there's a situation where a pregnant woman's life is threatened by continued pregnancy and the fetus cannot survive no matter what, it's better to stand by and let both die than to act and save one. That is the official position of the Catholic church.

The question of what to do when a pregnant woman's life is threatened isn't, and shouldn't be, the be-all and end-all of abortion. There are other important points to be made, about bodily autonomy, about the church's senseless and counterproductive resistance to contraception, about the callousness of demanding that women bear children they don't want and can't afford to care for. Those are all discussions that we can and should have. But there's value in pressing this particular issue, because that's where the stakes are most obvious, and the contrast is diamond-clear. When pregnancy endangers a woman's life, one side wants her to live, and one side wants her to die. There is no third option. Which of those sides do you want to be on?