The Ten Commandments of Flirting, Or, How to Not Be Creepy at Atheist Conventions 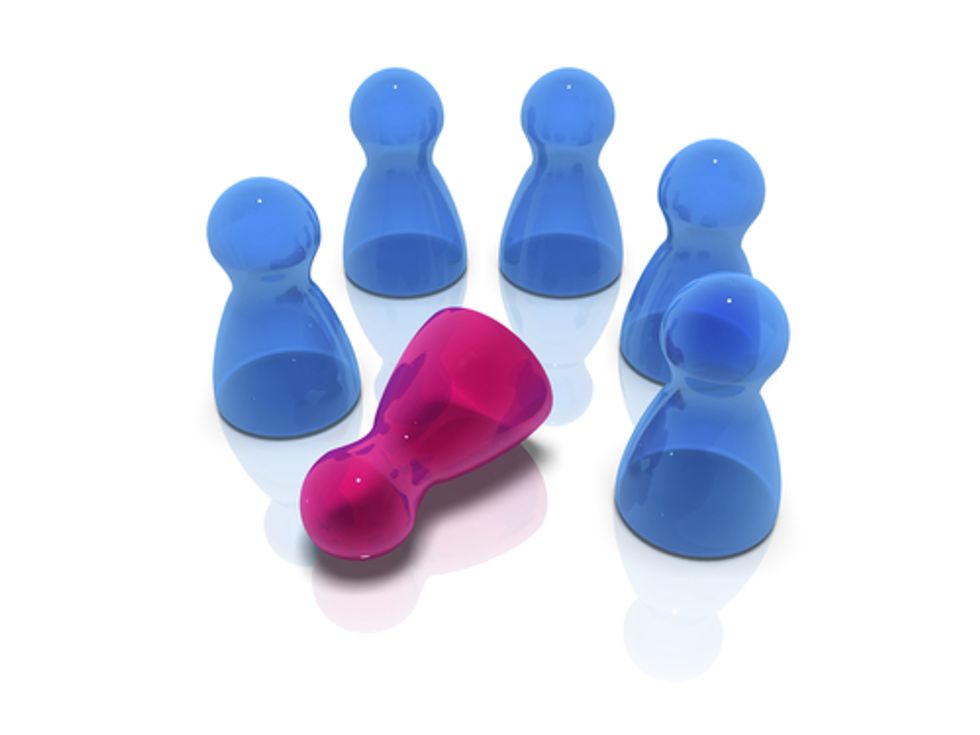 The atheist community is abuzz over a discussion at last month's Women in Secularism conference, in which it inadvertently emerged that there are prominent speakers who have a reputation for predatory behavior and whom atheist women informally warn each other to avoid. This revelation (as well as a few recent high-profile examples of unacceptable behavior) is leading to the institution of anti-harassment policies at many of the major annual conventions, something I'm very happy about.

Still, from the usual quarters, we're hearing the absurd fear that these policies are "Talibanesque" (because the Taliban are well-known for their strong anti-sexual-harassment stance) and will suppress well-intentioned and harmless social interaction. Some people are even threatening not to go to conventions that have them, saying that they create too much "drama", or that they're "dividing the movement" (and harassment doesn't?).

I want to stress that if I thought for even a moment that anti-harassment policies would have this effect, I'd be strongly against them. I'm all in favor of everyone having a good time at atheist conventions. I'm all in favor of people getting to meet and greet famous atheists, to network, and to make friends. And I'm all in favor of flirting, dating and sex being options for people at conventions, if that's what they're there for. These policies aren't intended to stifle these activities, nor will they. The whole point is that they make these events more enjoyable for everyone, by ruling out only those behaviors that make others feel demeaned or afraid for their safety.

I realize that bad behavior isn't always intentional. There are predatory people who are aware of the rules and deliberately break them, but I think there are also some socially awkward people who genuinely don't realize when they're making others uncomfortable. In the interests of helping the latter group so that members of the former group can't easily camouflage themselves among them, I want to offer this non-exhaustive list of guidelines on how to not be creepy at conventions. This is mostly, but not exclusively, a guide to flirting, since that's where the interpersonal stakes are highest, but all these tips are applicable in ordinary social interaction as well.

• Pay attention to body language. In social settings, people rarely communicate their intentions in direct language (this Steven Pinker video explains why), so it's important to perceive what goes unsaid, what they express in their posture, body language and tone of voice. Body language can be difficult to interpret, but there are a few common tells. If someone looks away from you while talking; if they answer in monosyllables; if they repeatedly lapse into silence unless asked a direct question - all these things are often signs that they're uncomfortable, and that you should stop whatever you're doing that's making them feel this way.

• Don't barge into other people's conversations. This happened to me and some friends at the last Skepticon. At dinner on Sunday night, an obnoxious old guy was following people around and loudly interjecting himself into their conversations, steamrolling over whatever they were talking about to express his own political opinions. (He was a fan of Rush Limbaugh, as I recall, although this would have been equally unpleasant if he had been a liberal.) If I've said it once, I've said it a thousand times: Don't be that guy.

My advice is, if you want to join someone else's conversation, sit and listen for a while first. (If they're all at a table and you're not, asking "May I join you?" is a must.) Then, when you have something relevant to contribute, jump in. Don't try to drag a discussion onto the topics you want to talk about, and don't start talking to people without regard for whether they're interested in what you have to say. A real conversation should be an exchange of ideas between all the participants, not a pulpit for one person to monologue.

• Don't interrupt or talk over other people. Even once you've successfully joined a conversation, remember: every participant should be treated as an equal and given a chance to speak. Even if you're all talking about the same thing, if you're trying to dominate the conversation by repeatedly interrupting or talking over other people, it's rude and off-putting and will make others not want to be around you. This is a common symptom of mansplaining, and as that implies, it's especially common for men to do this to women. If you're a man, bear this in mind and be extra cautious not to do it.

• Don't approach people in private or enclosed spaces. This, of course, is the rule whose breaking set off the internet flamewar that shall not be named. Even a gesture that would be innocent in other contexts can seem creepy or threatening if it's in a non-public setting, where there are no other people around, or one where the other person can't easily remove themselves if they feel uncomfortable. This applies to hallways, staircases, elevators, parking garages, and all enclosed or isolated spaces that usually aren't the setting for social interaction. If you meet someone in one of these places, it's probably best not to try to strike up a conversation. If you have to say something, make it a polite "hello" and go on your way.

• Recognize that other people's time is valuable. Again, this is an issue where That Guy-ism often rears its head. At a convention, the speakers and organizers are there to work and to network; most ordinary convention-goers are there to meet friends and have a good time. In either case, they probably want to meet and talk to as many people as possible, and if you monopolize a stranger's time, you'll quickly be judged annoying, rude, and a Person to Avoid.

If you want to introduce yourself to someone, don't give them your life story; boil it down to a few relevant facts. If you want to tell someone else an anecdote, make it short and get right to the point. If you want to ask a question after a talk, don't ask one that's long-winded, interminable, or that has numerous unrelated parts and sub-clauses. And remember that not everyone has the same interests as you do: a stranger at a convention is likely not going to want to hear your dissertation on the origins of religion.

• Approach people in public forums intended for social interaction. So, if you can't ambush someone in an elevator or wait for them in the hallway outside their hotel room, where can you meet and greet your fellow convention attendees? The answer is, in the forums that are set up and designated for just such a purpose! If you want to meet a speaker, most of them have Q&A sessions after their talks or chat with attendees at book signings. And every convention I've ever been to has satellite meetups in local pubs, restaurants and coffee shops before and after each day's activities, which you can easily find out about either from the convention website or just by asking around. This is where people go to get to know other people, and if you want to strike up a conversation or flirt with a stranger, this is where you should go to do it.

• Take no for an answer and don't pressure people to say yes. Flatly saying "no" to a stranger can come off as blunt and rude, and many people find it difficult to do. Most people in social settings use evasions like "I'm sorry, I already have other plans," "I've had a long day and I'd like to go to bed," and so on - statements that are meant as, and usually interpreted as, polite refusals. If someone says something like this to you, don't pretend not to understand, don't argue, and don't keep asking hoping they'll change their mind. Accept it with dignity, excuse yourself and find someone else to talk to.

• Don't touch people without their permission. If the other person is someone you know well, this rule probably doesn't apply. And if it's someone you're meeting for the first time, a friendly handshake is unlikely to ever go wrong. But in most other circumstances, it's not a good idea to touch someone anywhere on their body if you're not absolutely sure it's OK. This particularly applies to anyone who goes out of their way to touch only people they're sexually attracted to, which is highly noticeable, and it especially applies to men who make an effort to "accidentally" touch or brush up against women. I've seen this happen, and mark my words, guys: you're not getting away with it. Women are well aware of when you're doing this on purpose, and you can be sure they'll circulate your name as someone to avoid.

• Respect people's personal space. Not touching people without their permission is the bare minimum, but it's also advisable not to intrude on people's personal space too closely. When you stand excessively close to a stranger, it feels like an assertion of dominance, which makes people feel intimidated and uncomfortable. A good general rule is to leave a foot or two of space between you and the other person. If you're in a crowded elevator or at a crowded table, it may be unavoidable to come closer to a stranger than you otherwise would, but in all other circumstances, you should respect this rule if possible.

• Don't think you're the exception to all these other rules. This may be repetitious, but it needs to be said. At any convention, there's a small minority of people who, whether through alcohol or simple egotism, are convinced that they have no need for codes of conduct, that they can act however they want and expect to be rewarded for it. Needless to say, this attitude falls farther from the innocent-mistake end of the scale and more towards the sociopath end, and those who most need to hear this advice are unlikely to heed it. But for completeness' sake, I wanted to mention it. It's this privileged attitude that we most need to slay to make the atheist movement a safe and welcoming place for nonbelievers of all kinds.

What other advice do you have for how people can have a good time without coming off as creepy?