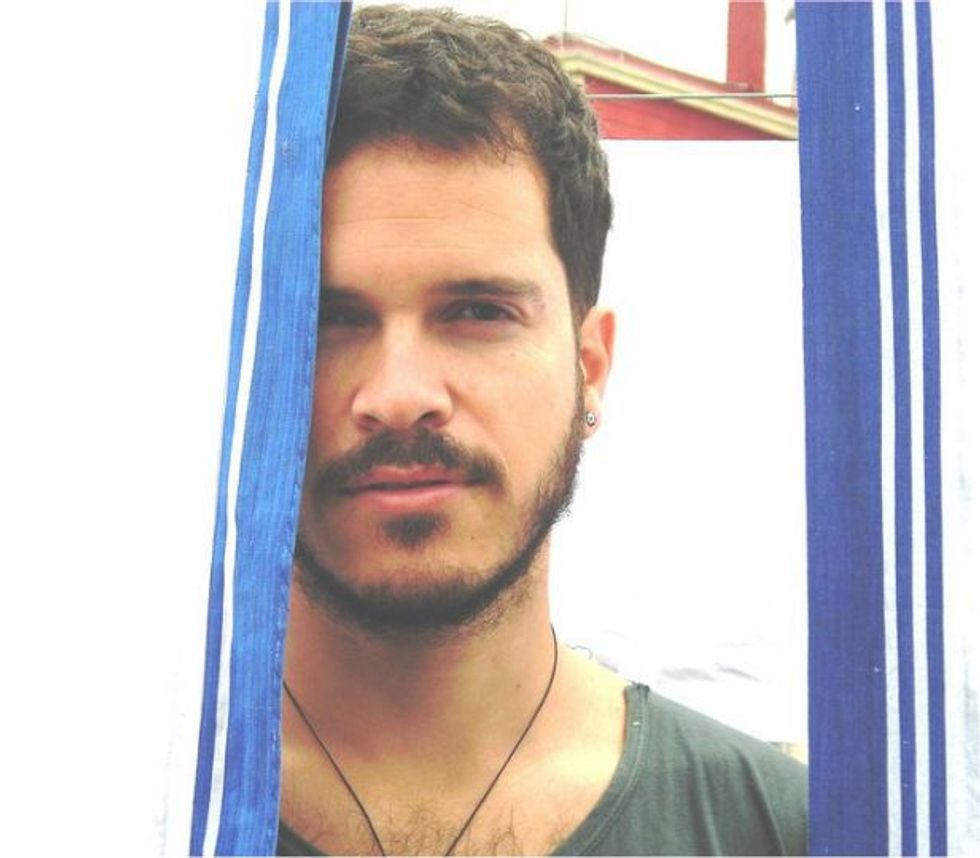 [Note: Please welcome Hemley Gonzalez to Daylight Atheism. Hemley is the founder of Responsible Charity, a secular non-profit organization serving the poor of Calcutta, which was a past beneficiary of the Foundation Beyond Belief. In this interview, he discusses his time as a volunteer with Mother Teresa's supposed charitable organization, how he became disillusioned, and how it inspired him to start a better alternative. See also my past post on the same subject. —Adam]

You used to be a volunteer with Mother Teresa's Missionaries of Charity. What originally inspired you to volunteer? What did you think of her back then?

After the real estate market collapse of 2007, I decided to take some time off and get in touch with my compassionate and creative side. In 2008 I took a backpacking trip for several months throughout India. Before leaving the US I had read one of the authorized biographies on Mother Teresa which portrayed the organization as a beacon of hope, and I decided to split my time in India between backpacking and volunteering, giving them two months of my time and energy; it was then that I discovered the serious medical negligence that had been taking place for quite a while inside the organization and began to document and report the abuse I witnessed.

When did you first start to become disillusioned with her organization? What were some specific things you saw that changed your mind about them?

It happened almost instantly, literally on my first day volunteering. I was shocked to discover the horrifically negligent manner in which this charity operates and the direct contradiction of the public's general understanding of their work. Workers wash needles under tap water and then reuse them. Medicine and other vital items are stored for months on end, expiring and still applied sporadically to patients. Volunteers with little or no training carry out dangerous work on patients with highly contagious cases of tuberculosis and other life threatening illnesses. The individuals who operate the charity refuse to accept and implement medical equipment and machinery that would safely automate processes and save lives.

What, if anything, did you learn subsequently that cemented your opinion?

After further investigation and research, I realized that all of the events I had witnessed amounted to nothing more than a systematic human rights violation and a financial scam of monumental proportions. Not once in its sixty-year history have the Missionaries of Charity reported the total amount of funds they've collected in donations, what percentage they use for administration and where the rest has been applied and how. Since its inception, defectors of the organization and other journalists have placed the figure upwards of one billion dollars (and counting). The mission currently operates over 700 homes and maintains an average of 4,000 workers while consistently failing to provide statistics on the efficacy of their work.

What have you done to publicize your views about Teresa's organization since then? Has there been any kind of response?

When I returned home, I immediately began speaking up about all the negligence I had witnessed; I created a Facebook page so I could post the photos and notes of all that I documented during my time there and within months I was contacted by FORBES-India, who interviewed me last year and published a serious article pertaining the monumental medical negligence of this organization and as a result "the home of the dying" was immediately closed for "renovations" after the national circulation of the article.

Here's the link to the article: http://business.in.com/article/on-assignment/mother-teresas-legacy-is-under-a-cloud/15932/1

And the link to Kalighat before: /a>

And the link to a photo album of Kalighat now closed: /a>

And a video of the now defunct facility: .

What would you advise atheists to say when confronted by people who hold up Mother Teresa as a model of virtue?

Regardless of your personal beliefs; adoration of suffering, medical negligence and financial fraud are human right violations.

Mother Teresa's was NO ONE'S mother. This supposedly celibate nun's name was Agnes Gonxha Bojaxhiu, an Albanian native who lived most of her life without speaking to her own family and proselytizing her religion under the disguise of charity. There is absolutely nothing normal or "saintly" about this.

Standing firm against planned parenthood, modernization of equipment, and a myriad of other solution-based initiatives, Mother Teresa was not a friend of the poor but rather a promoter of poverty.

It was Mother Teresa's own admission during an interview that more than 23,000 people had died in the halls of the particular home I had worked in, as if boasting at the figure and missing entirely the point of the enormous compilation of unnecessary deaths.

Mother Teresa also repeatedly admitted that she was not a social worker, and her followers continue to assert the same to this day. So under what motives do they tend to the poor, you may ask? The mantra of the operation rests solely on the belief that suffering and poverty are ways of loving God, a seriously troubling statement to say the least.

How would you describe your personal beliefs today?

Disgusted and disappointed by my experience with the Missionaries of Charity, I began working in the slums alongside other friends and volunteers who also felt their efforts were positively and effectively changing the lives of those disadvantaged families we came into contact with.

After returning home, I began a campaign to raise awareness about the issues I experienced and the challenges the children of the Park Circus face daily, and thus Responsible Charity was born. Through a homegrown network of friends, family and volunteers in different regions of the world we are now beginning to gather donations which we can track and report on our website and show exactly the progress and help such funds allow us to administered to those in need.

Unlike some religious-based organizations which have no progressive plans in effect to educate and empower the children, women and men out of poverty, Responsible Charity would like to make advances in areas of education, planned parenthood and self employment.

I returned to Kolkata at the beginning of December last year. I felt a bit overwhelmed with the amount of necessity and tasks which Responsible Charity needed to take on to truly make a difference in the lives of several families in a slum in the City of Joy. But after a few days and a slow but sure readjustment to the pollution, weather and constant noise, things started to become clearer.

In the last 10 months, we have been able to gather a great wave of support from freethinkers, atheists and just plain compassionate human beings from around the world thus bringing their attention to the conditions on the ground for some of the children and their parents.

There are a lot more details than what I've listed below, please browse the albums on our Facebook page where we document our work and feel free to add and choose any of the tasks we've performed over the last 10 months.

Here's a quick list of all that we've accomplished thus far: