Christian Activists Demand What They Already Have 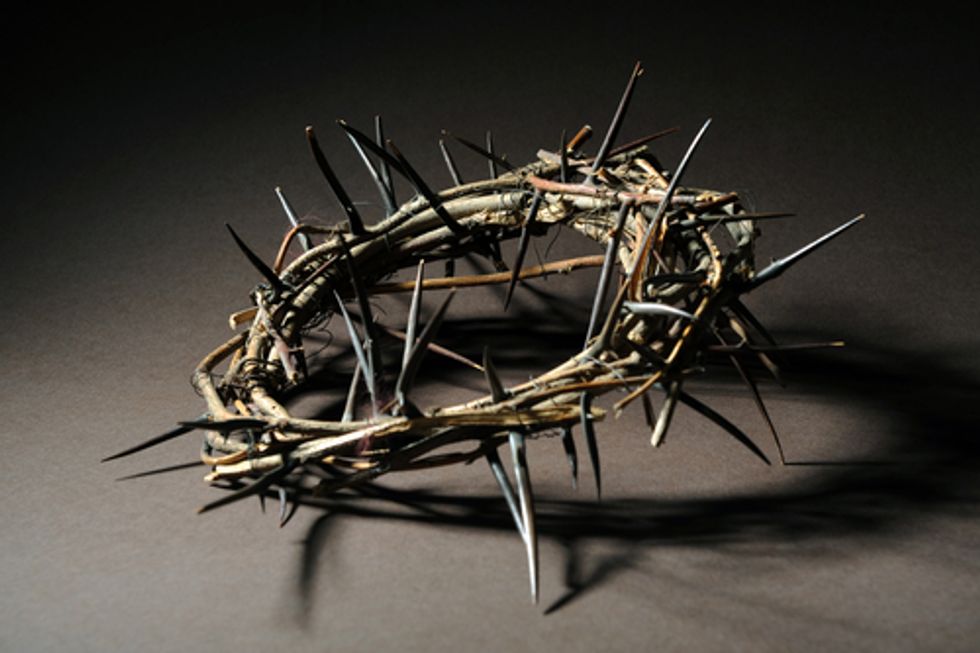 This weekend, I saw a story on AU's Wall of Separation blog that was too funny not to share:

According to the Jacksonville Daily News, members of the Baysden Chapel Pentecostal Free Will Baptist Church trooped down to the Onslow County School Board building in Jacksonville, N.C., this week to demand that students be allowed to pray.

..."We want to put prayer back into our schools and put God back where he belongs," said David Jarman, pastor of the Richlands congregation.

Now, I've written in the past about religious right groups who want a return to government-sponsored prayer - that is, they want mandatory prayers composed by the state and recited by teachers and school administrators each day to a captive audience of students - which they demand under the Orwellian guise of "religious freedom".

But these particular churchgoers weren't seeking anything so ambitious. They had a more modest goal in mind - they just wanted their kids to be able to pray during school hours without evil government bureaucrats clamping down on them. Is that so much to ask?!

"Why is God on the outside of our schools having to look in when he's always been inside of it," asked Linwood Whaley, of Baysden's Pentacostal. "We got so many kids in school that want to say prayer, and because one person does not want to, they can't pray. That's wrong. We're being discriminated as Christians, and it's time Christians took a stand."

Yes! Outrageous! Just because a single person objects, religious students are told they can't say a quiet prayer, not even to themselves? What unconscionable discrimination! Fight the power, you brave Christians! Raise your banner on high!

Well, I'm happy to say that the congregation of the Baysden Chapel Pentecostal Free Will Baptist Church didn't take this kind of persecution lying down. Martin Luther King Jr.-like, they marched down to the school board to demand, demand I say, that those soulless government thugs stop oppressing them and recognize their kids' right to pray... at which point they were politely told that students do have this right, and have always had this right. In fact, there's a moment of silence expressly set aside at the beginning of the school day for students to pray, engage in personal reflection, or do anything else they wish. This has been standing school board policy for over a decade.

When the protesters learned this, their response can best be summed up as "Oops":

After learning of the laws in place, Jarman called the rallying a "big misunderstanding about prayer in school."

"We were told the kids couldn't pray," Jarman said. "We just to make sure now that everybody knows they can pray in school."

...Jarman said the group is not sure yet whether they will be holding any more rallies.

"We'll have to wait and see how things pan out," he said.

I do love that parting shot, with its unmistakably suspicious, aggrieved tone of "Well, I guess you win this time... but we'll be keeping an eye on you!"

But as amused as it makes me, on another level, this is a sad symptom of the right-wing information bubble that American religious conservatives have retreated into. They've been told so often that they're an oppressed, persecuted minority, they've come to believe it despite completely lacking any evidence of it in their own lives. These Christians place such blind trust in their leaders that when they're told they're being denied their right to freedom of religion, they immediately storm off to fight this wrong without even bothering to check for themselves whether their free exercise is actually being denied. (Presumably, either the protesters had no kids of their own in the public school, or if they did, they didn't bother to ask them whether they were in fact being forbidden to pray.)

After an embarrassment like this, you'd think these people would reevaluate how much trust they should be placing in the self-appointed leaders who misinformed and misled them so badly. But I doubt they will. Like every other item in their worldview, the belief that they're a downtrodden and powerless group of outsiders is an article of faith. If it turns out they weren't being persecuted this time, that just means the real persecution must be going on somewhere else, and it's their duty to go out and find it. In the face of all the disconfirming evidence it's already withstood, their delusion of persecution isn't likely to be altered by one more grain in the balance.