Should political preference be a deal-breaker when looking for love? There are now dating sites for progressives, Trump fans, and Americans looking to escape the Trump presidency by marrying a Canadian. In an age of deep political polarization, dating sites based on ideology may exacerbate the problem and prevent a star-crossed love from blossoming. 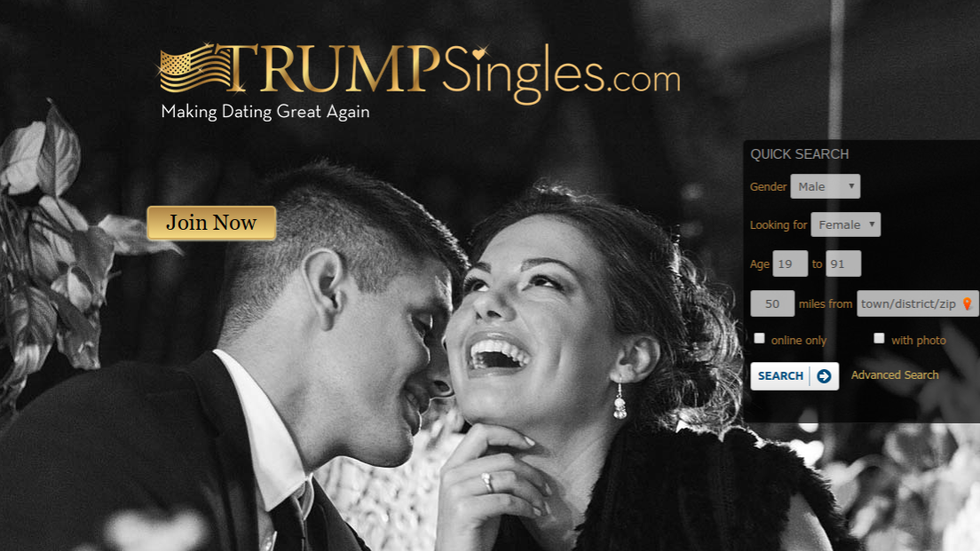 "Because Liberals Just Don't Get It." -The tagline for dating site ConservativesOnly.com

So much for love knowing no boundaries.

There are now dating sites for progressives, Trump fans, and Americans looking to escape the Trump presidency by marrying a Canadian. The last site, MapleMatch.com, saw its membership triple overnight following the US presidential election. The rise of political dating sites, however, raises important questions about why we fall in love and whether self-segregation based on politics is a good idea.

Should political preference be a deal-breaker when looking for love?

“At first I was concerned that people would think this was a parody site. But people have told me that they’re so happy they can finally go on dates without worrying about political differences.”-David Goss, Creator of TrumpSingles.com, speaking to the New York Post

This Political Assortative Mating is an extension of other types of assortative mating, where people from similar socioeconomic backgrounds tend to marry each other. The National Bureau of Economic Research has defined assortative mating as "the process by which people of similar backgrounds, such as educational attainment or financial means, select a partner."

The selection of partners with similar economic backgrounds has been shown to exacerbate income inequality, as the rich marry the rich and the poor marry the poor. If political dating sites increase the amount of politically-similar couples, will this increase the political polarization of the country?

Political differences within couples is often an emotional landmine leading to arguments, so it makes logical sense to separate potential couples based on their political leanings. If political differences make relationships difficult, shouldn't we just have intraparty dating? Political dating sites put a premium on compatibility, with the understanding that different political leanings may make couples incompatible.

The great unknown, however, is whether finding love is best found through logical decision-making. If that is the case, love is less about being struck with a proverbial arrow and more about fine-tuning an algorithm based on interests. It is your recommended viewing on NetFlix.

What Would Romeo & Juliet Do?

The story of Shakespeare's Romeo and Juliet heavily influences our conception of love knowing no boundaries. The idea of star-crossed lovers attracted by an uncontrollable spark that flew in the face of their dueling families. The Montagues and the Capulets mixed as well as Trump supporters and liberals. But unlike today's polar opposites, Romeo was not on a pro-Montague dating site.

The political odd couple: James Carville and Mary Matalin were both strategists for opposing political parties and frequently appear on television together.

By eliminating the political differences before the potential match, political dating sites remove the ability for love to bridge the partisan divide. For a Montague to be matched with a Capulet. It is based on the assertion that match-matching involves a shared valued system, and one's political leanings are crucial to a workable relationship.

There may also be a scientific reason for the political sameness of most relationships.

"Mates appear to assort on political attitudes more than any other social, behavioral, or physical trait, besides religion."-Assortative Mating on Ideology Could Operate Through Olfactory Cues

In the aforementioned paper, published in the American Journal of Political Science, researchers found that part of the reason that people tend to be with someone of shared ideology stems from our nose. Researchers in the study found that participants were more attracted to the scents of similar ideologies.

So perhaps opposites really don't attract. At least not typically. But should they be allowed the chance for a spark, or segregated out with political dating sites?

Maybe you can only make dating great again if you choose, despite the odds, to be with her.