Need Help Suing Equifax? Use This Chatbot to File for up to $25,000

By using the DoNotPay chatbot, you may be able to quickly file a small-claims case against Equifax for up to $25,000. 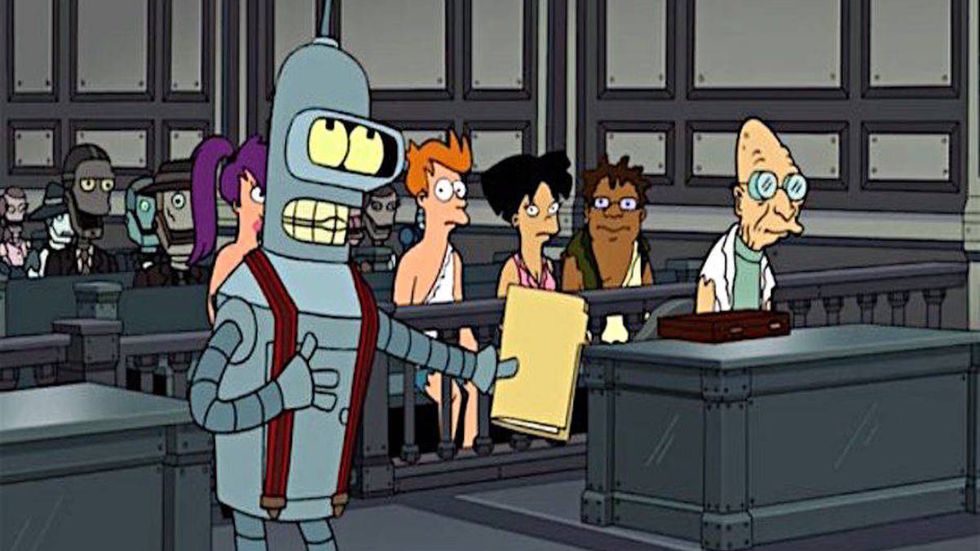 There is a great deal of outrage directed at Equifax, one of the three major credit reporting agencies in the United States, for its potential negligence in gathering extremely sensitive data (i.e. social security numbers) and not keeping them safe. With upwards of 143 million Americans affected by the hacking, calling it a "massive data breach" still seems like an understatement. The hacking occurred between May and July of this year, with the company announcing the data breach on September 7th.

While it is impossible for any company to truly be hack-proof, Equifax appears to have been particularly lax about their security measures.

To many, "complimentary identity theft protection and credit file monitoring" may seem woefully inadequate. Given the potential lax data security that Equifax employed, you may not feel a sense of trust towards the company.

You may want to sue Equifax.

The legal process, however, is often convoluted and has an expensive barrier to entry (see Lawyer Fees). The DoNotPay chatbot, however, is hoping to change this by streamlining the process for people looking to sue Equifax in small-claims court at the state level. The free bot, created by Stanford student Joshua Browder, allows those affected by the Equifax breach to sue the company for up to $25,000 (depending on the state). As of this writing, the chatbot currently allows users to file in California and New York--with other states being added (according to the website) within 12 hours.

Developer Joshua Browder is not new to using a chatbot to freely help people with an often-Byzantine legal process. The DoNotPay chatbot and Browder gained media attention during the summer for helping citizens in the US and the UK challenge parking tickets, earning Browder the nickname: The Robinhood of the Internet.

Using the DoNotPay chatbot to file a lawsuit against Equifax works by streamlining the necessary legal paperwork one would need. Think of it as Turbotax for filing a lawsuit. While AI has disrupted and simplified many areas of life, the legal profession is still an area ripe for technological assistance. Browder certainly has grand ambitions for the DoNotPay chatbot. Speaking to The Verge, he said:

“I hope that my product will replace lawyers, and, with enough success, bankrupt Equifax.” — Joshua Browder, developer of the DoNotPay chatbot

Speaking about the future of DoNotPay and our plan to help consumers automatically file their suits against Equifax! https://t.co/nZKSWqxfqc pic.twitter.com/w9I3QtMkXx

Will the DoNotPay Chatbot Work for Suing Equifax?

This is an area that remains to be seen, given the complexity of the American legal system which has different rules that need to be followed for each small-claims state court system. Privacy expert Ryan Calo, a law professor at the University of Washington, expressed a certain degree of skepticism in an interview with Mashable: "A small error could invalidate whoever's using it, right?"

While there are indeed hurdles to ensure the accuracy of the chatbot, the DoNotPay chatbot clearly provides an outlet for the outrage that people feel with the Equifax data breach—a hacking that impacted people that had absolutely no association with the credit reporting agency. In other words, there were no precautions that a citizen should have done (i.e. complicated and unique passwords) in order to protect their data. The Equifax data breach strikes a chord of helplessness that many of us feel with the safety of our data.

The hope is that ramifications for potentially lax data security—such as lawsuits—can send a strong signal to the many companies holding our sensitive data.

"As long as impunity for corporations and their executives is the norm, data breaches will continue to happen. What should you do? It’s easy: Just make sure to change your name, Social Security number and home address regularly — and don’t go crying if you neglect to do that and suffer the consequences of your actions." — Zeynep Tufekci, "Equifax's Maddening Unaccountability," The New York Times