Important new research on the right amount of screen time for teens. A Large-Scale Test of the Goldilocks Hypothesis: Quantifying the Relations Between Digital-Screen Use and the Mental Well-Being of Adolescents, tested the theory that instead of a linear relationship between teen screen-time and harm, there was an amount that was just right. 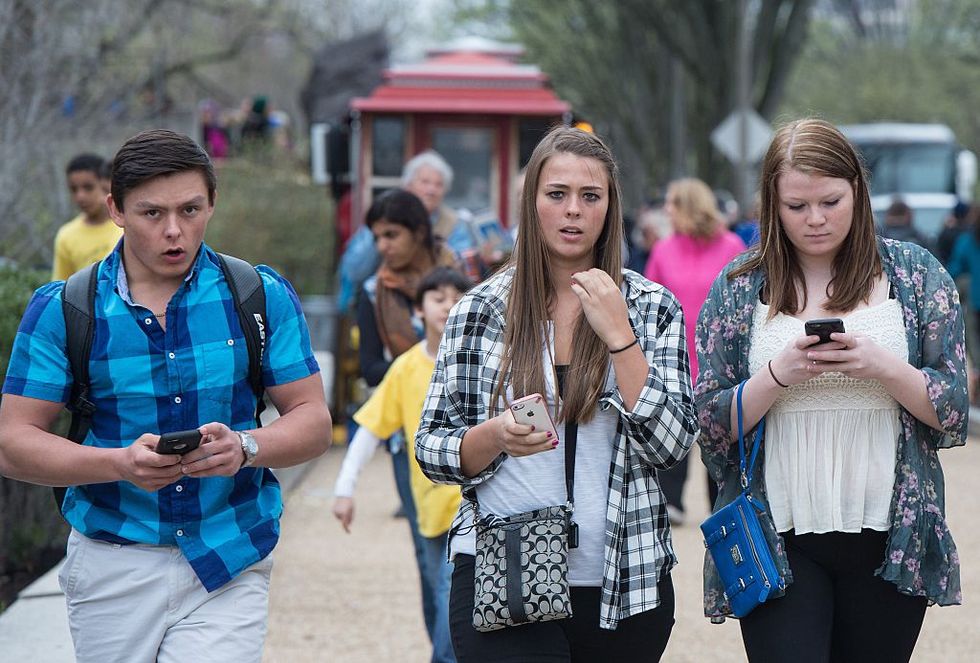 There is a heated battle over the right amount of screen-time for teenagers.

Parents, educators, and researchers have been vigorously fighting over finding the perfect balance of screen time for teens. There is major disagreement about the underlying science regarding recommendations, with certain advocates arguing that we are experiencing a moral panic.

Are screens inherently harmful to mental well-being or beneficial?

A Large-Scale Test of the Goldilocks Hypothesis: Quantifying the Relations Between Digital-Screen Use and the Mental Well-Being of Adolescents, tested the theory that instead of a linear relationship between teen screen-time and harm (displacement hypothesis), there was an amount that was just right. Researchers Andrew K. Przbyiski and Netta Weinstein analyzed the self-reported mental well-being of over 100,000 British teens and have found a "digital Goldilocks" of screen-time.

Our Goldilocks hypothesis postulates that there are empirically derivable balance points, moderate levels, that are “just right” for optimally connected young people.

That is the Goldilocks number, or sweet spot, of time spent by teens on computers during weekday where their mental well-being was maximized. Przbyiski and Weinstein sifted through data from a large sample size, derived from the United Kingdom's Department for Education National Pupil Database, to test their theory that there is not a linear relationship between teen screen time and mental well-being. They set out to "empirically quantify and define moderate engagement in digital activities."

Instead of a linear relationship, the researchers determined that teen tech use and mental well-being was U-shaped (curvilinear)--with screen-time increasing mental well-being up to a certain point of usage. This amount of time, the tipping point before negative effects from screen-time, was based on the context of the day (weekday versus weekend) and activity (video games, videos, smartphones, computers). The study, published in Psychological Science, found that moderate engagement in digital activities did not have a harmful impact on teenage mental well-being.

Key insights from the study:

-The tipping point occurs sooner on weekdays than weekends. The researchers posit that it may be due to social and learning activities that may be impacted by screen-time. Therefore, what would be considered "moderate screen-time" is lower during the weekdays.

-On weekdays, the Goldilocks number for video game play is 1 hour and 40 minutes.

-On weekdays, the Goldilocks number for smartphone use is 1 hour and 57 minutes.

-On weekdays, the Goldilocks number for recreational video watching is 3 hours and 41 minutes.

-Given the much higher Goldilocks number for video watching and computer use, those activities would appear to be less disruptive in comparison to smartphones and video games.

What Does this Mean for Screen-Time Recommendations?

The American Academy of Pediatrics (AAP), which is widely cited for its screen time recommendations, has become more nuanced with their most recent suggestions on screen-time. While the area of toddlers and screens is still highly contentious, for teens the AAP has been tilting more towards the importance of content and context. Similar to the difference in value between watching a mindless tv program versus one with educational value, there are differences in the value of content coming from all screens.

A screen is merely a portal.

The APP has also emphasized the complicated mix of benefits and potential negative effects of screen in its recent paper, Children and Adolescents and Digital Media Technical Report

"[R]esearch evidence suggests that these newer media offer both benefits and risks to the health of children and teenagers. Evidence-based benefits identified from the use of digital and social media include early learning, exposure to new ideas and knowledge, increased opportunities for social contact and support, and new opportunities to access health promotion messages and information. Risks of such media include negative health effects on sleep, attention, and learning; a higher incidence of obesity and depression; exposure to inaccurate, inappropriate, or unsafe content and contacts; and compromised privacy and confidentiality.

Speaking to CNN about the study, leading author and UCLA assistant professor Dr. Yolanda Reid Chassiakos said, "The environment of media has changed today. Many aspects of digital media are positive: it can be interactive; it facilitates communication; it allows people to create."

It stands to reason, however, the concerns that many parents have in regards to heavy screen time. That is why the AAP also suggests creating a family media plan, not having screens disrupt sleep time, and valuing the importance of face-to-face contact during pivotal times such as dinner.

"Parents are struggling with so many concerns and fears around media use," says Michael Robb, "and it's helpful to have a study demonstrating that there is a place for moderate, balanced use of media and technology in children's lives. Robb, the director of research at Common Sense, further states that "This study also puts focus back on issues that sometimes get glossed over in discussions of "screen time," such as the importance of content, and parental involvement, in children's well-being."