Silicon Valley needs more diversity of thought and well-rounded thinkers. An interview with Scott Hartley, author of The Fuzzy and The Techie: Why the Liberal Arts Will Rule the Digital World. 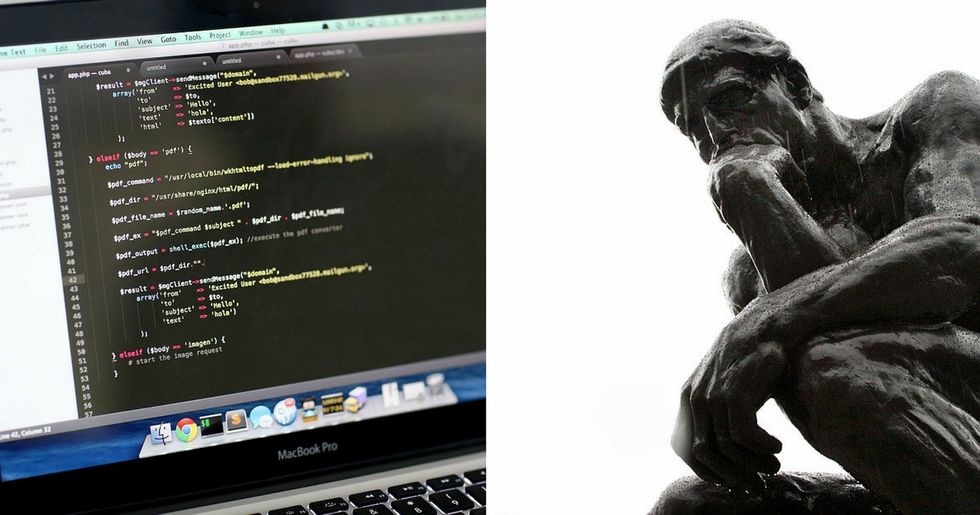 Instead of techies, Silicon Valley is in dire need of Fuzzy thinkers. While a "Techie" would be someone focused on computer science and engineering, a "Fuzzy" is a person immersed in the arts, humanities or social sciences. The term has been floating around the Stanford campus, located in the heart of Silicon Valley, since the late sixties.

There is a major misconception about Silicon Valley: it is populated entirely by a bunch of techies and that you must be a techie if you want to be involved in the tech industry. While that train of thought seems logical, it fails to take into account both the opportunities in technology for people without a STEM background and the need for techies to have a greater appreciation for fuzzy disciplines.

Coding is a great skill to have--but if one focuses entirely on coding, they may have major blind spots related to the more human side of implementing a technology. As we see every time there is a controversy (see Uber, Ethics), the most vexing issues are not technical in nature. We may get wrapped up in the newness of advancing AI, robotics, and self-driving cars, but the struggles with how these technologies integrate into society touch upon philosophical and ethical issues that are hundreds of years old.

In order to adequately grapple with world-changing ideas, we need more well-rounded thinkers.

"If we are talking about self-driving cars, how would we think it through?," asks Scott Hartley, author of The Fuzzy and The Techie: Why the Liberal Arts Will Rule the Digital World.

"What would John Stuart Mill argue in this situation? What would Immanuel Kant argue in this situation? How should we be thinking about this? Who should be in the room as we’re codifying some of the principles in the code? Just because we're putting them into ones and zeros, and we’re calling them algorithms, we’re calling it machine learning, doesn’t necessarily mean that it’s objective. Even machine learning has probabilities, sensitivities that engineers make those delineations and make those decisions." -Scott Hartley

Hartley is not arguing that we should be a Fuzzy instead of a Techie, but that the two should be intertwined. People who identify as Fuzzies benefit from having greater technical skills and understanding, while Techies benefit from the arts and humanities. As Hartley recently wrote in a piece for Quartz, Silicon Valley Needs a History Lesson. Our path forward can be better understood by examining our past.

“It is important that we all become technically literate, that we have the basics of understanding data and sort of being conversant, or not intimated at least, by code and data," state Hartley. "But also that we have this broader educational exposure where we have people also reading literature, also reading philosophy, thinking about ethics.”

Hartley is no stranger to Silicon Valley--quite the opposite. After receiving a total of three degrees from Columbia and Stanford, he went to work at Google. He has also had stints at Facebook and Harvard's Berkman Center for Internet & Society, along with previously serving as a Presidential Innovation Fellow at the White House. He currently works in the world of venture capital and was a partner at the Silicon Valley VC firm Mohr Davidow Ventures (MDV).

He was a political science major.

"My goal for the book was to myth-bust Silicon Valley and make people realize that it’s not only drop-out coders and white males," says Hartley. "It’s people from many different backgrounds." The Fuzzy and The Techie chronicles some of the voices in tech that fall outside of our stereotypical view of the industry.

His mission is two-fold: demystifying Silicon Valley and how people outside of traditional STEM fields are an active part of the industry, and to also broaden the horizons of the Techies within Silicon Valley and overall diversity of thought/background.

"There is a lot to say for reading literary fiction where it puts you in another’s mind and kind of forcing you to live in another’s world," says Hartley. "And that really creates a sense of empathy, a sense of understanding the other." One of the major criticisms of Silicon Valley is that it often takes a move fast/break things mentality without adequately considering the externalities of implementing a specific technology. For Hartley, personal literary favorites include Anna Karenina, The Brothers Karamazov, and East of Eden. "I think we should reread history and the classics, which ground us in what’s been tried before, where we made mistakes."

"Get lost in literature," he recommends. "Go somewhere with only a dog-eared book tucked under your arm and no phone."

“When you collect the data...and you think, ‘If we just plug all this data together, suddenly big data is going to have all the answers.’ We forget that Voltaire said ‘Judge a man by his questions, not by his answers.’ And I think we still require smart questioners sitting in front of this newly surfaced data in interesting new ways.” -Scott Hartley, author of The Fuzzy and The Techie: Why the Liberal Arts Will Rule the Digital World. [From his Google talk.]

The Fuzzy and The Techie fits alongside a growing theme that many of the mishaps of Silicon Valley have brought into focus--all tech is human. "Technology is agnostic," says Hartley. "We have to imbue it with our own set of principles and our own set of ideals. And that requires lots of divergent, diverse perspectives in the room.”

David Ryan Polgar explores the ethical, legal, and emotional impact of social media & tech. He can be reached @TechEthicist and on Facebook. Polgar is the co-host of the live show/podcast, Funny as Tech.