#20: Doctors Are Bad for Your Health 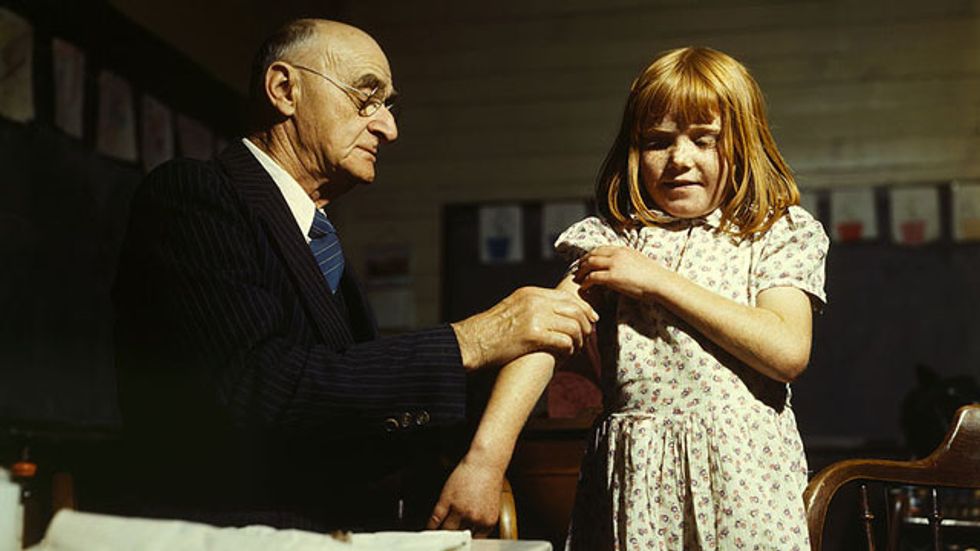 You may want to think twice before your next visit to the doctor's office. According to Dr. Barbara Starfield's now-famous study, iatrogenic deaths (those resulting from treatment by physicians or surgeons) are the third leading cause of mortality in the United States, resulting in the loss of 225,000 lives per year. Of that total, nosocomial (hospital-acquired) infections kill 80,000, physician errors claim 27,000, and unnecessary surgery results in 12,000 deaths.

But iatrogenic errors aren’t the only reason people should avoid hospitals, says physician and health care administrator Archelle Georgiou. She tells Big Think that relying on doctors may actually shorten your lifespan. Georgiou bases this idea on her studies of the earth’s so-called “blue zones,” isolated communities around the world whose inhabitants live longer and healthier lives than the greater populace.

In the Greek blue zone, the island of Ikaria, inhabitants are more than 4 times more likely to live to age 90 than Americans are—yet there is virtually no health care infrastructure. Georgiou tells us: “There are no hospitals or major surgery capabilities…. People needing emergency care are transported by helicopter to Samos (a neighboring island), and all elective surgery is done in Athens.”

A procedure like an arthroscopy or a hysterectomy that would take 3-5 days in the U.S. consumes 3-5 weeks for Ikarians, who must relocate to Athens for the procedure and convalescence. Therefore, "their threshold for elective surgery is significantly higher than ours," Georgiou says. The result is that people depend on themselves rather than doctors for non-life threatening ailments. And, knowing that health care is so inconvenient, Ikarians take greater care not to get sick—they eat a healthy diet rich in vegetables and exercise daily.

Our greater access to health care (discounting, of course, the millions of uninsured Americans) might make us more likely to live unhealthfully. “U.S. culture is steeped with a 'find it and fix it' mentality,” Georgiou tells us. Rather than try to prevent illnesses, we rely on our doctor's ability to fix what ails us. And the result is that "we spend significantly more on health care than any other nation but without the benefit of improved outcomes or longevity.” In the U.S., our life expectancy is only 78, yet we spend 2.5 times more money per capita than Japan, the country with the highest life expectancy (82.6 years). One-half to one-third of the $2.2 trillion per year America spends on health care is simply unnecessary, says former AMA chairman Raymond Scalettar.

Our reliance on doctors may be tied to our faith, Georgiou believes. According to the World Values Survey, the U.S. ranks high on the traditional versus secular-rational values scale (in between Ireland and Northern Ireland). “Our nation’s traditional values make us more religious, more deferential to authority, more paternalistic,” she says. In other words, the impulse that causes us to listen to our pastors is the same one that makes us heed our physicians. “As a result, Americans have abdicated personal responsibility and delegated the responsibility for their health to their doctor and to the health care system. We don’t ask questions, we just do what the doctor says."

One in every twenty patients contract potentially fatal infections in hospitals. In 2002 there were nearly 38 million hospital visits in the U.S., placing the number of hospital-acquired infections around 1.9 million per year. Weaning ourselves off our health care addiction would not only help reduce this number but also help rein in the nation’s ballooning health care costs.

What is true on the tiny island of Ikaria, might not hold true in a country as big and diverse as the U.S. Dr. Steven Schroeder, a professor of health and health care at UCSF, says that poverty, rather than a over-reliance on doctors, is to blame for our poor showing in global health comparisons. Poor Americans are four times more likely to die an early death than the rich. It is safe to assume that many of these poor are among the 45 million uninsured in our country, meaning that their access to health care, like the Ikarians, is restricted to emergency room care (the most expensive kind of health care). To be sure, other behavioral aspects of their lives might be to blame for their lower life expectancy, but over-reliance on doctors is surely not the cause.

And while it may be true that Americans generally should lead healthier lives, studies have shown that regularly visiting the doctor is a potent weapon against the second leading cause of death in the United States: cancer. Cancer screenings can catch the disease in its early stages, increasing a patient’s likelihood of long-term survival. And people who have routine check ups are more likely to undergo these screenings. According to the American Cancer Society, campaigns to increase usage of Pap testing and mammography have contributed to a 70% decrease in cervical cancer incidence rates since the introduction of the Pap test in the 1950s as well as a steady decline in breast cancer mortality rates since 1990. But more can still be done: the National Cancer Institute says that of the estimated 569,490 who will die of cancer in the U.S. in 2010, as much as 35% of these premature deaths could have been avoided through screening.

— "Is U.S. Health Really the Best in the World [PDF]," a 2000 study published by Barbara Starfield in the Journal of the American Medical Association

— "The Impact of Hospital-Acquired Bloodstream Infections [PDF]," a study published in the Emerging Infectious Disease Journal in 2001