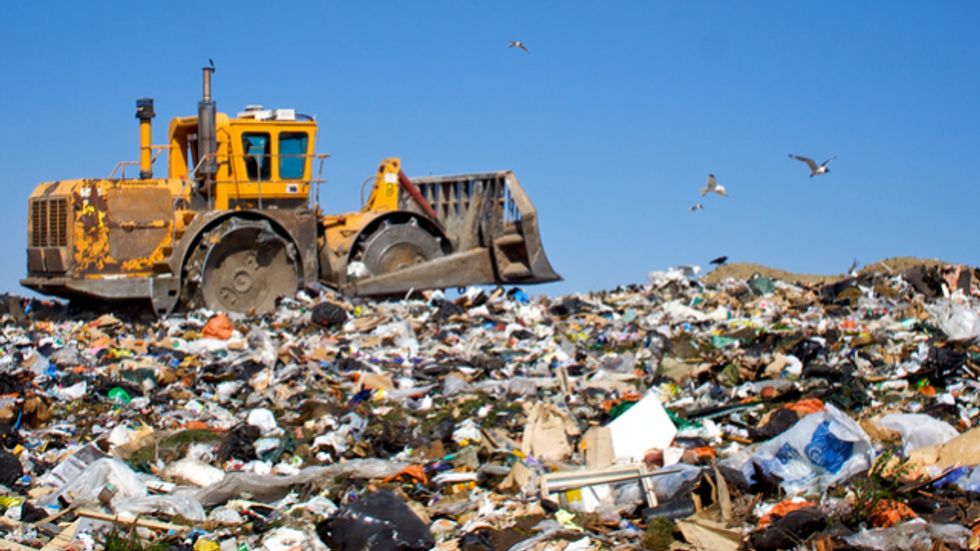 Could recycling actually be hurting the environment? In a recent policy paper, "Recycling Myths Revisited", Professor Daniel K. Benjamin, a senior fellow at the Property and Environment Research Center (PERC) in Bozeman, Mont., argues that U.S. municipal curbside recycling programs waste resources and probably do little, if anything, to benefit the environment.

"It is a waste to recycle when the costs of doing so exceed the benefits," Benjamin told Big Think. "In most cities across the nation, recycling of household trash is, in fact, wasteful, even when we take into account the meager environmental benefits of such recycling."

Environmentalists often point to the success of recycled aluminum to advocate for state and local subsidies for municipal recycling, says Benjamin—but that's because the reality is that aluminum cans, priced between one and five cents, are on average the most valuable recyclable in your trash. (Producing aluminum cans from recycled aluminum saves about 90-95% the energy used to make aluminum cans from scratch—a difference that's reflected in their relatively high resale value.)

According to Benjamin, commercial recycling is worth our while, but curbside recycling expends an "undue amount capital and labor per pound of material" to reuse items of extremely low value. "The only things that intentionally end up in municipal solid waste," writes Benjamin, "are both low in value and costly to reuse or recycle. Yet these are the items that municipal recycling programs are targeting."

When asked how the costs of curbside recycling compare to the costs of landfill disposal, in terms of both money and the environment, EPA recycling spokesperson Tisha Petteway, says it depends on location and the supply and demand for recyclable materials. "Because recycling markets are very volatile and react to supply and demand very quickly, often recycling businesses will make money only certain times and try to survive the down times." Petteway told Big Think that the "EPA does not control the fluctuation of prices of recycled materials, and during hard economic times, many recycling programs will be adversely affected, which may lead to recyclable materials being landfilled."

"Most local governments subsidize recycling programs out of overcharges on trash pickup or other taxes. This misleads people into thinking that curbside and other municipal recycling programs conserve resources—when in fact they do not," says Benjamin. Recycling costs up to 50% more per ton than landfill disposal. State and local municipalities should put an end to such cross-subsidies, price trash-pickup and recycling at a price that reflects their full costs, and let people voluntarily choose which system to use.

Eric Lombardi, CEO of Eco-Cycle, the largest zero-waste social enterprise in the country, and the co-author of a study called "Stop Trashing the Climate," says when factoring in the true costs of recycling, Professor Benjamin's argument is "nonsense." "Recovering resources from our trash cans and remaking products out them saves energy and saves money," says Lombardi, "I've been selling recyclable materials for 25 years."

Downstream solutions—efforts made at the end of product's life cycle—are an integral aspect of recycling, says Lombardi, who claims there's a market for 85% of the "discards" put in the trash. "Once we get everyone in society to use three bins—one bin for clean recyclables, one bin for organic material, and one bin for non-recyclables—instead of one for their discards, we will be able to recycle or reuse 90% of what people currently throw away." The other ten percent, says Lombardi, should be placed in landfills resembling those in Germany, where non-recyclable discards are buried separately from organic material to reduce the amount of heat and methane produced by the decomposing matter.

"Once industrial designers get it right, and design everything to be recyclable and reusable then we should be close to zero-waste society," says Lombardi. "The only people who don't like my vision are the people who own trash incinerators and landfills," he adds, "And even they have quietly started investing in zero-waste infrastructures."

-- 2008 CleanTech article on recycling's wasteful use of energy.

-- A report by Zero Waste New Zealand Trust outlining the environmental impacts of landfills and incinerators.