Does the kind of TV you watch influence how nice you are to other people? A new study looks at how different TV programs influence people’s moral imagination and finds that different viewers reflect differently on moral issues.

American philosopher Richard Rorty thought that we become better people not by reading theory and learning rules, but by empathizing with characters in a novel. We begin by imagining ourselves in different situations, we put ourselves in other people’s shoes, and act more kindly towards others in real life as a result. But does watching characters in a TV show have the same effect?

The researchers divided the moral content of TV episodes into the so-called ethics of care and the ethics of justice.

The ethics of justice has hard rules and principles at its heart, while an ethics of care is more concerned with the specific circumstances of each situation and the personal feelings of those involved. Someone who adopts an ethics of care might embrace the rule “do nothing to others you would not have done to you” – and apply it to every situation they’re faced with. But a person who supports the ethics of care might pay more attention to the context before deciding what’s the most moral thing to do.

The study revealed that documentaries, news, and current affairs show an ethics of justice, while soap operas, drama series, and other fictional genres portray an ethics of care. 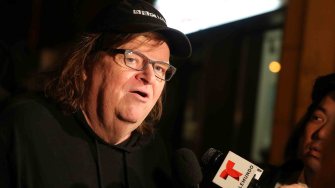 Director Michael Moore speaks to the media at the premiere of his documentary ‘Michael Moore In TrumpLand’ at the IFC Center on October 18, 2016 in New York City. (Photo by Jemal Countess/Getty Images)

Based on their preference, TV viewers were also divided into three categories: information-seekers, fiction and entertainment viewers, and paucivores—viewers who watch a little bit of everything.

Overall, information seekers have the highest degree of moral orientation. This means they’re more likely to think that each decision has consequences for other people, to be more aware that there are two sides to every conflict, and generally to be more sensitive to the complexity of human behavior.

Information-seekers, as well as fiction and entertainment viewers, tend to reflect more on moral issues than paucivores. Also, paucivores are the most exposed to female moral agents.

Other interesting findings include the fact that women viewers are more reflective than men and, along with fiction viewers, they have more insight into human character.

The diversity of the programs watched also plays a role. The more moral themes we are exposed to, the more morally active we are. 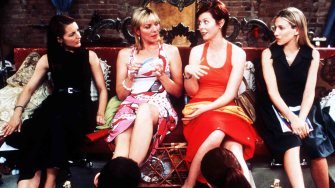 We may not realize it, but when we read books or watch TV we’re in a pretty privileged position: we see people struggle with challenging moral situations and get to judge them at no cost to ourselves. By empathizing with imaginary characters and deciding for ourselves what they should and shouldn’t do—we experiment with complex moral scenarios while avoiding consequences in real life.

Starting from this view on moral imagination, Tonny Krijnen and Marc Verboord from the Erasmus University Rotterdam in the Netherlands set out to investigate the different kinds of moral content in TV programs.

The study surveyed 500 Dutch TV viewers, aged between 12 and 98, asking them questions about the content of the TV shows they watched and their moral reflections.

Krijnen and Verboord looked at all TV genres, ranging from reality TV and news to dramas and sitcoms. They divided the programs into non-fiction—such as news and documentaries—and fiction and entertainment programs i.e. soap operas and drama series.

Empathy vs. Cognition in Moral Reflection

Philosophers such as Richard Rorty and Martha Nussbaum have written extensively about literary narratives and how the deep emotional experience they offer enhances our empathy and sculpts us into better, more moral human beings.

But this study suggests that moral reflection might be more cognitive than emotional. Since information seekers are more morally reflective, it could be that the cognitive aspect is more important than the emotional one.

The study also suggests that TV shows may not enrich our empathy as much as literary narratives. The kind of moral narratives shown on TV engages us differently than novels. This could be because reading takes more time and effort, or because characters in novels are more developed and complex.

We need more research to better understand the differences between TV and reading. But for now, it might be worth asking ourselves: What am I watching tonight. And will I be a better person for it?

"I suddenly woke up one day and thought, you idiot, you are letting your life fade away, you have got to do something."
Up Next
The Present

Scientists find a surprising way to biodegrade plastic at an impressively fast rate.