Ursula Nordstrom changed children’s literature. During her time as the editor-in-chief of juvenile books at Harper & Row, she helped nurture the talents of many authors, such as Shel Silverstein, author of The Giving Tree, and Maurice Sendak, illustrator and author of Where the Wild Things Are. Without her editorial efforts we may not have grown up reading many of these and other childhood classics. 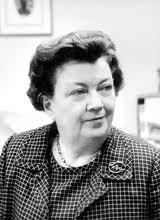 ”With her incomparable editorial genius, Ursula Nordstrom transformed the American children’s book into a genuine art form,” Sendak told the New York Timesfollowing her death in 1988. ”I was there, one of her eager apprentices, profiting immensely from her intuition and her generous heart. She was the best of mommas, the best of teachers, the best of friends.”

She was a champion for authors and children during her tenure at Harper & Row, which began in 1936. This was a time when storytellers were being pressured to commercialize their material to fit a certain market. These tales for children often had a genteel, polite boredom to them, which featured nuclear families and gender stereotypes. She much preferred the stories, which featured mischievous children, like Max from Where the Wild Things Are, and their adventures. 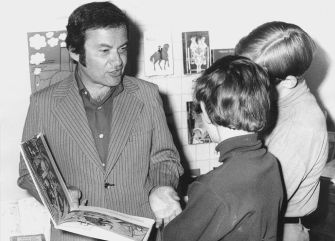 When asked what qualified her for this job, she said, ”Well, I am a former child, and I haven’t forgotten a thing.”

“Miss Nordstrom is credited with helping to change children’s books from moralistic works written for adult approval to works directed at the emotions, imaginations and problems of children,” Susan Anderson wrote in her obituary. Nordstrom took on authors who preferred to confront readers with controversial topics, like E.B. White’s Charlotte’s Web. She chose to publish books that would endure.

Nordstrom even put her own pen to paper and published her own book, The Secret Language,about a shy young girl attending boarding school.

“And so the most benevolent patron saint of modern childhood ended up being a gay woman working at the height of consumerism and somehow managing to publish and envision and defend books that were not forgettable commodities but extraordinary masterworks that stood the test of time and moved and inspired and enchanted generations,” says Popova.

Behind Our Favorite Children’s Books, a Woman Who Championed Imagination

Today’s video is part of a series on female genius, in proud collaboration with 92Y’s 7 Days of Genius Festival.
▸
2 min
—
with
Maria Popova
Videos

Today’s video is part of a series on female genius, in proud collaboration with 92Y’s 7 Days of Genius Festival.
▸
3 min
—
with
Maria Popova
Up Next
Politics & Current Affairs

Norway announced plans this week to construct a system of cycleways safely connecting nine of its biggest cities to outer suburbs. The project is estimated to cost just under $1 billion and is part of a broader transportation initiative to be completed by 2030.