Dwayne Johnson was the highest paid actor for 2016, taking in $64 million. That’s a significant amount of money, and obviously it wasn’t given to him solely for his acting chops. The staggering sum is mostly due to Johnson’s bankability as an actor. His hiring is more of a business decision than an artistic choice; Johnson has tremendous recognition and likeability (Q Score). He beats the current competition.

But what if Dwayne Johnson, along with other actors, had to compete against dead celebrities for roles? What if instead of jockeying for a part against Vin Diesel, Johnson was competing with Marlon Brando, Humphrey Bogart, and John Wayne? Likewise, perhaps Jennifer Lawrence, the highest paid actress for 2016, will soon be competing against Elizabeth Taylor and Katharine Hepburn.

Given the advance in CGI (Computer Generated Images) and VFX (Special Effects), Hollywood’s desire for bankable stars, and estates looking for additional revenue, it is all possible.

Consider the role of Grand Moff Tarkin (one of Darth Vader’s officers) in the recent Rogue One: A Star Wars Story, which was played by Guy Henry. You won’t recognize him, however, since he was digitally made-over as Peter Cushing–an actor who died in 1994. While the choice of Cushing’s image to replace Henry’s underlying performance was made primarily for visual continuity (Cushing appeared as Grand Moff Tarkin the the original Star Wars from 1977, whose storyline takes place after Rogue One), the smooth usage opens the potential for more dead actors to hit a screen near you. 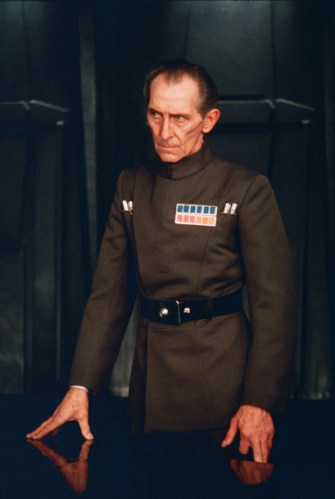 Should living actors be worried about being replaced by dead ones?

Although IMDB credits Guy Henry with playing Grand Moff Tarkin, it is the face of dead actor Peter Cushing that you see. Despite Henry’s performance delivering lines and embodying the character with appropriate gestures, the audience sees the licensed image of Cushing. Speaking to the Radio Times regarding Henry’s role, director Gareth Edwards stated that,“[i]t was a massive thing for him, it was very gracious of him, because essentially he’s doing this big performance and getting zero credit for it. He was gonna be totally replaced, and then had to keep it all secret. So, um, that was a big ask.”

Will more actors be asked in the future to provide the underlying performance while being visually replaced with a dead actor’s image?

While Dwayne Johnson can command such a hefty salary because of his sky-high Q Score, dead celebrities are also tracked for their current recognition and likeability for licensing. Perhaps there will be a time in the near future where it makes financial sense to hire an inexpensive actor to provide the underlying performance for a famous dead actor’s licensed image.

The great unknown is whether audiences will clamor to see the “performance” of a deceased actor. In addition, looking like Brando doesn’t necessarily equate to acting like Brando. But rest assured that advancing technology will motivate certain estates to pitch the licensing of their loved ones.

It turns out that being read your last rites doesn’t mean you don’t have continuing rights in Hollywood. We can thank Dracula for that. 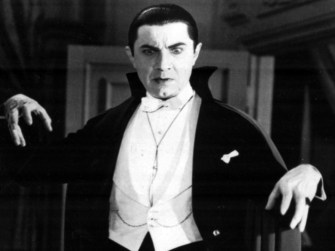 Bela Lugosi, the Hungarian actor who famously brought to life Dracula on screen, died in 1956. After his death, Universal Pictures continued profiting from licensing Lugosi-as-Dracula. The heirs of Lugosi felt that his image was a property right that was passed on to them, and they brought forth Lugosi v. Universal Pictures. While the California Supreme Court sided with Universal Pictures, the lawsuit prompted California to pass the Celebrities Rights Act in 1985. The law allows the deceased to continue having a right to publicity (or personality rights) for 70 years after their death. The law has been applied retroactively.

As of today, the careers of Dwayne Johnson and other highly-paid actors seem safe from competing against the images of deceased actors (or should we call them Legacy Actors?). But Johnson, who starred in Furious 7 alongside a sometimes CGI-enhanced Paul Walker (with underlying performances by his brothers), should be well aware of the Hollywood magic.

Uncertainty is inherent to our Universe.
Up Next
Culture & Religion

The Strange Way We Care So Much About Fictional Characters