Despite the racks of meat at my deli, the aisles of canned goods at my grocery store, and the dewy lettuce at my farmer’s market, some researchers contend that deciding to farm was one of the worst decisions humanity ever made. For the vast majority of human existence, we hunted and gathered. In doing so, we enjoyed a varied diet that took shockingly little work to obtain compared to farming.

When the Agricultural Revolution occurred, the combination of overcrowding of both humans and domesticated animals and switching to an unvaried cereal- and grain-based diet caused an assortment of health issues. By examining the skeletons of early farmers and late hunter-gatherers, we can see that we lost about five inches of height, which we only recovered in the 20th century. These bones also showed greater signs of diseases and illness, and early farmers lived shorter lives than hunter-gatherers.

On its face, the argument that the Agricultural Revolution was a bad thing is patently ridiculous. Modern society is possible because of the Agricultural Revolution, and other researchers are quick to point out that the hunter-gatherer way of life was very violent. Compared to modern life, the difference between how miserable people were as early farmers and how miserable people were as hunter-gatherers is very slight.

While researchers still debate how costly the transition to agriculture was, it did require us to give up something that we have yet to recover, even today: egalitarianism. 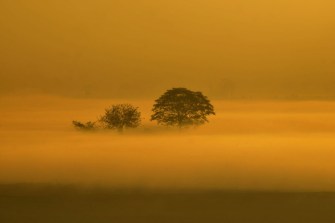 Fog spreads across an agriculture field in the early morning on the outskirts of the Pakistani city of Lahore on December 4, 2014.

Unfortunately, we don’t have time machines to travel back 12,000 years to the point in time before the Agricultural Revolution, but that doesn’t mean we can’t get an accurate picture of the difference between the hunter-gatherer and agricultural life.

One method is to look at existing hunter-gatherer societies. The !Kung people of the Kalahari Desert (the exclamation point stands for a clicking sound) demonstrate a sexual egalitarianism that one wouldn’t necessarily expect from a nomadic tribe. While men tend to hunt and women tend to gather, these roles often overlap. Women retain control over the food they gather. Both men and women raise children equally. Studies on other contemporary hunter-gatherer societies show a similar degree of sexual equality.

Among the Hadza of Tanzania, the !Kung, and other nomadic hunter-gatherer tribes, resources are shared equally. The concept of ownership, when it exists, generally takes the form of being associated with a place or thing rather than possessing it. Hunted or gathered food is shared equally among all members of the tribe. Sometimes, a chief or elder individual will be responsible for divvying out the food, but this authority figure receives as much as the other tribe members. Generally, individuals who attempt to assert dominance or establish a leadership position are ridiculed and ostracized. From what we can tell, these practices hold true for ancient hunter-gatherers as well. 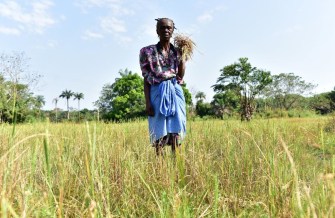 Kadiatu Kalloko, 60, poses in her farm on March 4, 2018 in the village of Pakari, near Makeni in Sierre Leone. / AFP PHOTO / ISSOUF SANOGO (Photo credit should read ISSOUF SANOGO/AFP/Getty Images)

The rise of agriculture and inequality

These egalitarian qualities were not present in early agricultural societies. The big advantage of agriculture over hunting and gathering is that it enables the production of food surpluses. But agriculture is fickle. When the weather is unfavorable, or plants become diseased, hunter-gatherers shift to another food source. This can’t be done in agricultural societies, which rely on a small selection of crops produced on large scales. For a relatively recent example, consider the Irish Potato Famine.

Not only are food surpluses necessary for agricultural societies to survive, they also become highly desirable to control. In fact, recent research shows that ancient societies that had greater food surpluses tended to have higher levels of inequality.

Labor roles became more gendered as well. Generally, men did the majority of the fieldwork while women were relegated to child-rearing and household work. Without contributing food (and by association, without control over it), women became second-class citizens. Women also had babies more frequently, on average once every two years rather than once every four in hunter-gatherer societies.

Because somebody had to have control over surplus food, it became necessary to divide society into roles that supported this hierarchy. The roles of an administrator, a servant, a priest, and a soldier were invented. The soldier was especially important because agriculture was so unsustainable compared to hunting and gathering. The fickleness of agriculture ironically encouraged more migration into neighboring lands in search of more resources and warfare with neighboring groups. Capturing slaves was also important since farming was hard work, and more people were working in these new roles.

This division of labor and social inequality had very real consequences. For instance, while the majority of people had disastrous health compared to their hunter-gatherer ancestors, the skeletons of Mycenean royalty had better teeth and were three inches taller than their subjects. Chilean mummies from A.D. 1000 had a fourfold lower rate of bone lesions caused by disease than commoners. 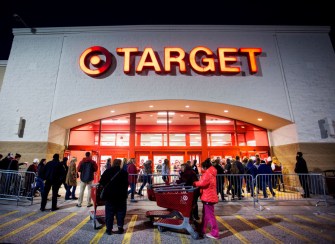 Although our quality of life has improved remarkably, the degree of inequality in our society has not. It’s easy to contradict the argument that hunter-gatherer societies were better by strolling into your local supermarket, but then again, you’re probably reading this in one of the wealthier places in the world. Plenty of people on Earth still live under unbelievably harsh conditions despite the unprecedented level of wealth we have. Consider the disparity between Japan’s expected lifespan and Sierra Leone’s: 83.7 years versus 50.1. That’s a 40% gap.

Does this mean we should do what we’ve done for the vast majority of human history and retreat to the bush, forsake material possessions, and live off the land? Of course not. But it does highlight that inequality is not humanity’s natural state, even though its one we’ve lived in since the invention of agriculture 12,000 years ago.

It’s the very closest stars to us that hold the key to unlocking the possibilities for life in star systems all throughout the Universe.
Up Next
Neuropsych

A new study compared cognitive boosts from running versus relaxing.