The World Happiness Report was recently released, an annual occurrence as part of the UN’s Sustainable Development Goals, once known as the Millennium Development Goals. The release preceded UN World Happiness Day. This is the fourth such report by a group called the UN Sustainable Development Solutions Network (SDSN). This multidisciplinary team of experts from academia, government, and the private sector, who ranked 156 countries on their happiness and well-being. One portion was a survey. Nearly half a million people from across the globe were asked to rate their own happiness from one to ten.

The majority of the topmost positions were once again taken up by Scandinavian countries . The U.S. ranked 11th. Last year it was 15th, and the year before, 17th. American happiness has been falling for decades. In terms of greatest movement in ranking, the U.S. came in 93 out of 126. 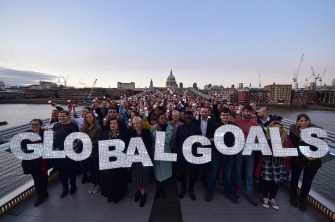 Denmark was deemed the most blissful country in the world for a third time in a row, with Switzerland, Iceland, and Norway taking up the second, third, and fourth positions. Meanwhile, the four unhappiest nations were Burundi, Syria, Togo, and Afghanistan. This was the first year SDSN researchers included happiness inequality in their report.  So what is happiness inequality and how is it affecting you?

Instead of merely investigating income’s impact on human welfare, happiness inequality measures overall well-being. This is sometimes called subjective well-being by researchers . From this viewpoint, happiness is measured in terms of five metrics: health, lifespan, education, income, and decent government. Six specific factors were evaluated for the UN report: GDP per capita, life expectancy—including the number of healthy years, social support in times of trouble, trust in the system (freedom from corporate or government corruption), the ability to make one’s own decisions, and overall generosity. Besides societies that have high income inequality, those where the justice system is broken or highly unfair, or where nepotism overrides meritocracy endure substantial well-being inequality among their citizenry.

The three most important aspects according to researchers are income, social support, and healthy years. Anyone who wants to cultivate a fulfilling life should invest in their education to earn a proper income, live a healthy lifestyle, and strengthen their relationships with friends, family, and their partner. 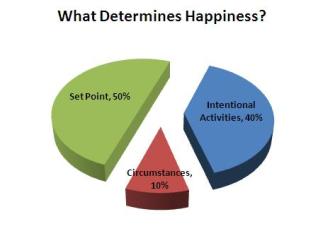 The top five nations with the highest happiness equality included Bhutan, Comoros, the Netherlands, Singapore, and Iceland. Bhutan is actually no surprise, seeing as the government has made boosting Gross National Happiness one of its policy goals. Worldwide, happiness inequality is up. Research shows that those nations who try to build a country around citizen well-being fare far better in so many ways than those who concentrate merely on economic growth.

Jeffrey Sachs is the director of the Earth Institute at Columbia University and one of the researchers who worked on the SDSN report. Sachs says that rather than merely looking at economic growth, he and colleagues examined justice, safety, prosperity, and even ecological sustainability. Over time these reports are showing a worrisome trend. Most nations are reporting greater happiness inequality. By looking at the 2005-2011 period and comparing it to 2012-2015 one, the report found that around a tenth of all countries saw a decline in happiness inequality, while over half saw increases. The remaining one-third saw no significant change. Workplace happiness is expected to be included in next year’s report, along with the impact of immigrants and refugees.

The higher the economic inequality in a country, the less happy it was overall. But greater income disparity did not always affect happiness inequality. John Helliwell is a professor of economics at the University of British Columbia and one of the authors of this report. Latin America and the Caribbean saw oodles of happiness equality. But it isn’t spread evenly. It varies across a positive spectrum. In North Africa and the Middle East however, there was vast discrepancy, with some at the very bottom of the scale with others basking at the top. “You have to look a little further to find out what is the nature of the inequalities,” Helliwell says. The professor cites income as only part of the equation.

The whole point of the report is that countries should be striving to make their nations happier. Venezuela, Ecuador, and the United Arab Emirates (UAE) have heard this call to action, at least superficially. Venezuela has vowed to create the office of “Vice Minister of Supreme Happiness.” Ecuador will have a “Buen Vivir” state secretary, and the UAE will soon be filling the “Minister of State Happiness” position. Should Barack Obama add a Secretary of Happiness to his cabinet? Such an announcement remains forthcoming. Perhaps a position is not needed, just the right approach.

“Measuring self-reported happiness and achieving well-being should be on every nation’s agenda as they begin to pursue the Sustainable Development Goals. Indeed, the Goals themselves embody the very idea that human well-being should be nurtured through a holistic approach that combines economic, social, and environmental objectives. Rather than taking a narrow approach focused solely on economic growth, we should promote societies that are prosperous, just, and environmentally sustainable.” -Jeffrey Sachs, director of The Earth Institute at Columbia University.

Uncertainty is inherent to our Universe.
Up Next
Surprising Science

If We’re Going to Talk About Brainwaves, We Should Know What They Are

A lay explanation of what brainwaves actually are.