Researchers working on a new project at the Tow Center for Digital Journalism at Columbia University have begun tracking, in real time, cases of false news and the stories debunking them as they travel across the internet. The project will culminate in a paper due for publication in 2015. So far the project appears to be providing empirical proof for the age-old saying that “a lie can travel halfway around the world before the truth can get its boots on.” Furthermore, it seems that often the truth barely so much as ties up its metaphorical laces.

The researchers have created Emergent – a website that records social media shares of dubious stories over time along with articles that support or debunk them. Emergent shows how false news stories typically are reposted at a higher rate than all the articles debunking them put together, as in the examples below:

The Case of The Third Breast 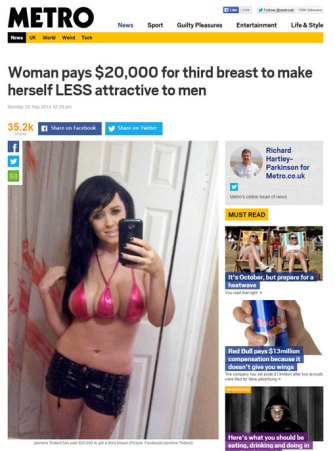 The Case of the Vandalised Bugatti Sports Car 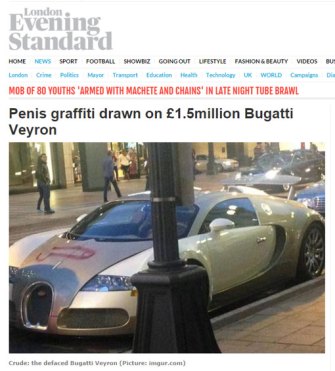 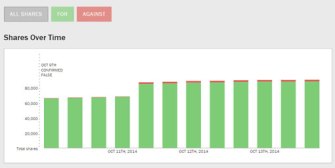 The Case of the Long Lost Religious Text 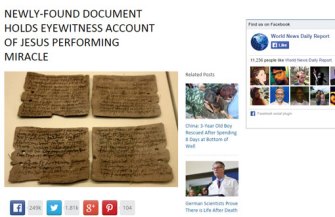 Craig Silverman and his team at the Tow Center aim to use the data they collect to identify why some debunking efforts are more successful than others and best practices for journalists to use. Earlier this year, researchers at Facebook published a study with a similar objective. The Facebook researchers looked at what happens when rumours in the form of viral images received a comment containing a link to Snopes– the popular website that debunks urban legends. The researchers found that when a Snopes link was posted on a false rumour, the false post became 4.4 times more likely to be deleted. 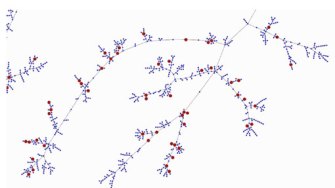 In the image above, blue dots are reshares of false rumours and red dots are reshares in which a Snopes link is posted debunking the rumour. As we can see above, the Snopes links go some way to help prevent the meme from metastasizing – but crucially, the Snopes links themselves don’t tend to go viral. Furthermore, in cases where a rumour is Snoped, 51.9% of shares occur after the fact, demonstrating that a false story with high viral potential can overcome being directly debunked.

The graph below, also from the Facebook study, again demonstrates how a Snopes link appearing on a false post slows the rumour but doesn’t necessarily stop it from propagating. Interestingly, we can also see that Snopes links result in the slowing of true rumours – likely as users become aware that the information is not new. 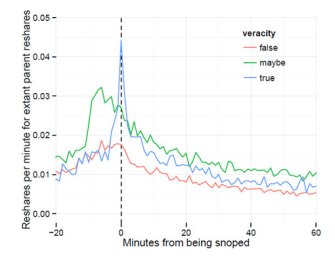 The Facebook study did, however, offer one clue as to how rumour-debunking material could go as viral as false rumours. In July 2011, a rumour circulated that Facebook would start charging if users did not copy and paste the text of the following rumour into their statuses. The post received 12.7 million shares:

It’s official [. . . ] It even passed on TV. Facebook will start charging this summer. If you copy this on your wall your icon will turn blue and Facebook will be free for you. Please pass this message. If not your count (sic) will be deleted. P.S. This is serious. The icon turns blue so please put this as your status.

A parody of this post received 8.6 million shares, coming close to the reach of the initial rumour:

On September 31st 2011 Facebook will start charging you for your account. To avoid this you must get naked, stand on your dining room table and do the Macarena all the while singing ‘I will survive’ after filming and posting it to your Facebook wall and YouTube then and only then will Mark Zuckerberg come down your chimney to tell you that your account will stay free. Pass it on it must be true because someone on Facebook I hardly know told me.

This case provides anecdotal evidence to counter the argument made in the research we examined last week, which addressed the difficulty of fighting misinformation with satire. I’ll be looking forward to the conclusions that Emergent publishes next year for some more solid guidance on what makes for effective debunking.

At this blog I’m working hard to debunk misinformation in the area of the study of the mind. To help do this as best I can, I’ve recently begun taking a close interest into research on the spread of misinformation. For more from me on this topic, check out my post from last week on misinformation that begins life as satire and my post from earlier this year on the backfire effect. For more on the Emergent project covered in this post check out Alexis Sobel Fitts’s report at the Columbia Journalism Review.

It may be that by increasing the already substantial blood-flow to your brain, exercise can help build your IQ and work to keep you safe from neurological conditions that result from old age.