Do you want people to believe a lie online? Just repeat it over and over.

Familiarity influences the spreading of fake news online, concludes a new study from Yale University researchers. The study analyzed highly implausible and partisan fake news headlines that were spread online in recent months. While many studies have examined the “illusory truth effect,” this was the first empirical investigation of the psychology of fake news.

“[F]ake news headlines which are familiar are in fact perceived as substantially more accurate,” wrote the researchers of study, Prior Exposure Increases Perceived Accuracy of Fake News. And in a potential blow towards the current push for improved labeling of fake or questionable articles, the researchers also found that the labeling of fake news did not deter its believability. 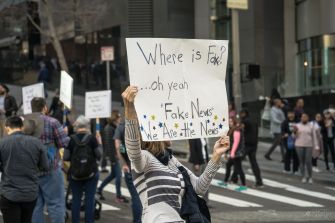 “[T]the spread of fake news is supported by persistent low-level cognitive processes that make even highly implausible and partisan claims more believable with repetition. Our results suggest that political echo chambers not only isolate one from opposing views, but also help to create incubation chambers for blatantly false (but highly salient and politicized) fake news stories.”-Prior Exposure Increases Perceived Accuracy of Fake News.

What is most disturbing: the researchers found that “familiar fake news was rated as more accurate than unfamiliar real news.” Unfortunately, this creates a perverse incentive for unscrupulous characters to repeat outrageous claims. If you are a politician looking to spread a lie, all you need to do is repeat it over and over.

How Did the Study Conclude This?

The researchers used actual fake headlines that spread throughout Facebook, and set out to gauge any causal connection between familiarity and perceived accuracy. Previous studies examining the illusory truth effect often dealt with trivial facts; the researchers (Led by psychologist Gordon Pennycook) in this situation wanted to determine what happens when participants were exposed to implausible and extremely partisan headlines.

Some of the FAKE headlines: 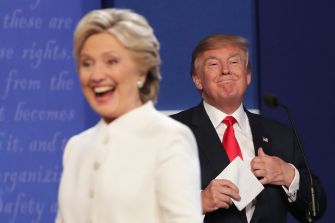 The researchers found that the repetition of knowingly false headlines, such as the ones listed above, correlate with increases in perceived accuracy. This, on top of earlier reports showing that fake news outperformed real news on Facebook in the run-up to the US election, showcases why fake news is incredibly difficult to stamp out. We seem to be incredibly poor at sifting discredited content from reliable information.

“[E]ven a single exposure increases perceptions of accuracy, both within the same session and after a week. Moreover, increased perceptions of accuracy for familiar fake news headlines occurs even when the stories are labeled as contested by fact checkers, or are inconsistent with the reader’s political ideology.”

“This research proves once again the importance of media literacy education,” says Michelle Ciulla Lipkin. Lipkin is the executive director of the National Association for Media Literacy Education (NAMLE).

“We must understand the impact media have on us. We must understand media effects on our belief system, perception, and biases. The only remedy to the proliferation of fake news is a strong media literate society. We need to be informed skeptics. We need to constantly be asking questions.”-Michelle Ciulla Lipkin, executive director of the National Assocation for Media Literacy Education. 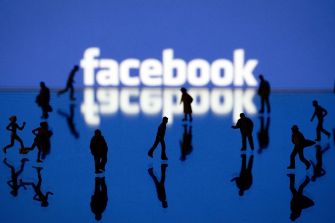 One major question Facebook users have had in recent months is what role the company should play in curtailing dubious content on the platform. In April 2017, Facebook released a new tool to help users spot fake news.

But as a recent Op-Ed in the LA Times pointed out, platforms such as Facebook can’t rely too heavily on better-informed users. Facebook may need to take an increasingly aggressive stance to weed out the fake news from appearing. The recent research out of Yale would indicate that a multiprong approach is warranted in combating fake news.

We need to increase media literacy with users, but we also need companies like Facebook to actively reduce the amount of fake news on their platform.

Related
Starts With A Bang
The Universe’s most unbreakable symmetry
The combination of charge conjugation, parity, and time-reversal symmetry is known as CPT. And it must never be broken. Ever.
13.8
The weirdness of quantum mechanics forces scientists to confront philosophy
Though quantum mechanics is an incredibly successful theory, nobody knows what it means. Scientists now must confront its philosophical implications.
Neuropsych
Why is a Starbucks loyalty rewards program making customers so angry?
The rewards price to get a free cup of hot coffee at Starbucks is going up.
Empowering growth
7 essential management training topics for every team leader
From emotional intelligence to problem solving, these management training topics will set team leaders up for success.
Thinking
What if you could rewire your brain to conquer suffering? Buddhism says you can
For Buddhists, the “Four Noble Truths” offer a path to lasting happiness.
Up Next
Hard Science
Scientists discover possible first proof of parallel universes
A study on the strange Cold Spot in space may prove that we live in a multiverse.