The nature versus nurture controversy hasn’t been put to bed quite yet. It’s hard for scientists to determine just how much power DNA has over human outcomes. Now, a study published in the journal Molecular Psychiatry is helping to quantify genetic influence. Researchers at King’s College London created a system to predict genetically-based behavioral outcomes.

Geneticists determined that 10% of a child’s academic achievement by age 16 can be determined through scoring particular gene variants within their DNA. The results have implications for education and so many other aspects of society. But there are potential pitfalls as well.

Much has been said for “grit,” or a lack of it. Today, older generations decry Millennials for what they perceive as a lack of persistence and easy discouragement. According to King’s College researchers, genetic determinants had more to do with academic achievement than “grit,” or any other personality trait.

This study counters a previous one, using twins, which determined that 60% of individual academic achievement can be attributed to one’s genetic makeup. Studying twins allows for researchers to examine the entirety of genetic influence, including how genes interact with one another, how rare variants influence a person, and how the interplay between genes and the environment takes place. The twins study was much more specific in these regards.

In this latest one, researchers developed a whole new genetic evaluation technique, known as polygenic scoring. This metric only looks at common gene variants. In other words, the scoring system examines interaction between genes, and estimates the difference between genetic influences and common variance. The twins study was more specific. Even so, researchers say polygenic scoring can allow us to test any individual for future educational achievement or any other particular trait. 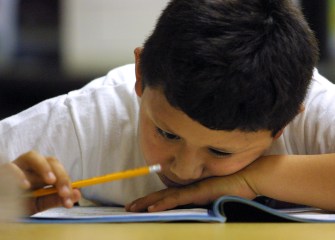 A genetic test may soon tell who will struggle in school and who won’t.

Thousands of gene variants exert subtle influence at any given time. They also work together to make their effect stronger. This study rests on a previous genome-wide association study (GWAS). That project looked at nearly 10 million single nucleotide polymorphisms (SNPs). These are the most common genetic variations people have. SNPs are a single variant responsible for a particular trait.

Nucleotides are what make up DNA: A, G, C, and T. An SNP variant would be for instance a G replacing an A in a certain location on a DNA strand. This previous study categorized variants by what traits they caused. Some have a stronger influence, others more subtle. Those who have many SNPs related to educational attainment are likely to do very well in school, while those who have fewer achieve less. 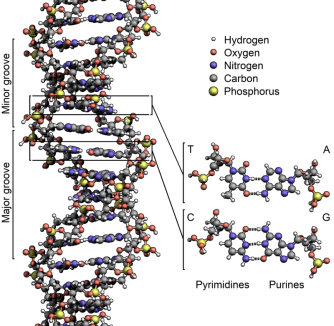 Researchers concluded that genetic variations accounted for different levels of academic achievement among children. Saskia Selzam was the first author of the study. She hails from the Social, Genetic and Developmental Psychiatry (SGDP) Center at the college. Dr. Selzam said, “We believe that, very soon, polygenic scores will be used to identify individuals who are at greater risk of having learning difficulties.”

One fear is that such research could lead us down the slippery slope toward genetic segregation. A previous study out of the University of Warwick in the UK determined human intelligence through MRI scans. Might these both be combined in decades to come to relegate children to a certain track in educational systems? And would those who had a genetic predisposition toward lower achievement receive more resources or less?

Professor Robert Plomin is a psychologist at the college and the senior author on the study. He said, “We are at a tipping point,” with polygenic scoring. Yet, currently it can only determine 10% of the story. “We are still far away from predicting a child’s academic aptitude with one hundred percent accuracy,” he explained. According to Dr. Selzam, gender determines one percent, while personality traits such as perseverance may add another five.

Other experts point out that predicted outcomes do not equate actual ones. Daniel Benjamin is an associate professor at the University of Southern California. He told the Huffington Post that this breakthrough could lead to better evaluations of social science research, such as whether or not society benefits from free preschool. We do have to watch that such science does not hem people into a sort of genetically-based caste system over time. However, used correctly, this breakthrough could help make educational systems, and other aspects of society tailored services and thus better serve their clients.

Is the Universe finite or infinite? Does it go on forever or loop back on itself? Here’s what would happen if you traveled forever.
Up Next
Starts With A Bang

The Top 5 Features To Find On The Full Moon