If you go to this point on Google Maps, the Street View reveals what appears to be a perfectly normal old church: 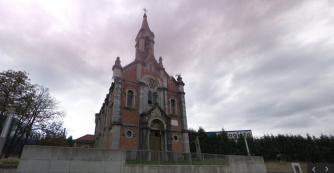 But take a look inside the building and this is what you’ll see: 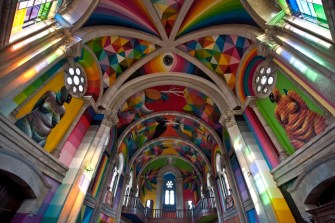 La Iglesia Skate, as the renovated church/skatepark has been redubbed, is the handiwork of a Spanish collective called Church Brigade. The group started work on the abandoned building in 2014, constructing ramps and other skatepark accoutrements: 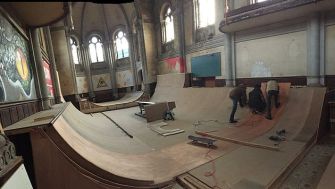 It wasn’t until 2015, when Church Brigade brought in artist Okuda San Miguel, that the space took on its now-trademark colorful form, as well as a secondary moniker: Kaos Temple. As you can see in the videos and photos below, Okuda transformed the place into a psychedelic skateboarding Shangri-La, a veritable Sistine Chapel for extreme sports:

Church Brigade crowdfunded the initial renovations to the building; partnerships and sponsorships came to follow. You’ll notice that Red Bull, which has a penchant for latching on to interesting stuff like this, was a major contributor.

The Church Brigade team maintains the space and treats it as a cultural center, renting it out for events and occasions.

As you can see in the photos below, this is one of the coolest renovation/repurposing jobs in recent memory. 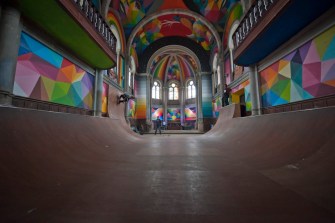 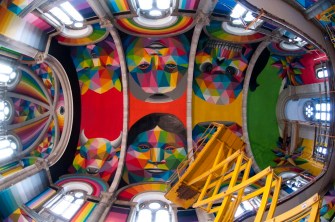 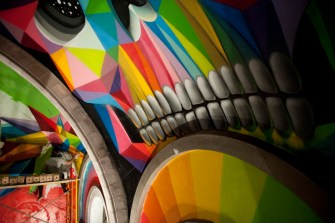 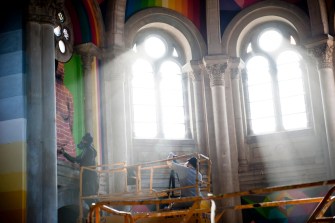 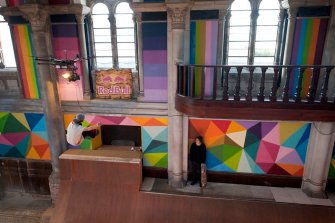 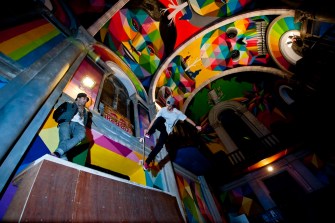 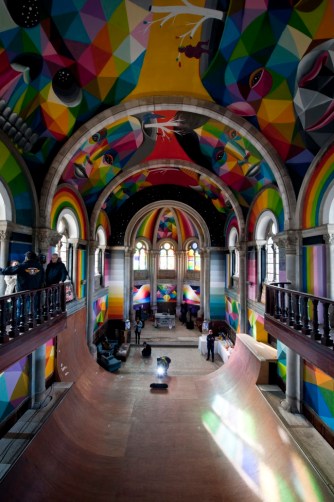 Wizbang innovations capture the public’s imagination, but thoughtful, incremental development is often more valuable to those in need.
Up Next
Surprising Science

Elizabeth Kenny went against conventional methods for treating polio and believed a patient should have an active role in their recovery.