Tell us another one, old man: When we were kids, our parents told us to get lost every afternoon and just be home by dinner. Really, it’s true. We never heard of organized, risk-free playdates. If you think this is just the way we remember things, Lenore Skenazy has the Sesame Street video from the 70s to prove it. Our parents didn’t do this to us; why are we doing it to our children?

Most parents today—myself included—would never grant their children this kind of freedom. What’s at risk just utterly seems to blow away the small chance that anything bad will actually occur. Kids are statistically safer on their own now than when we were young, but still…

So parents in the U.S. are basically terrified, though it’s apparently not true everywhere. Skenazy states pretty clearly in the video what’s got us Americans so spooked.

For parents, it’s media—where both News and Entertainment divisions are happy to leverage the dramatic, audience-grabbing value of the victimization of children—painting a 24/7 image of a world gone wicked for kids. Statistics barely stand a chance, even though by being such obsessives about protecting kids from TV dangers we expose them to a very real one: Infantilization instead of the experiences needed to grow into capable, confident adults.

For the places our kids go—schools, camps, athletic programs, parks, and so on—it’s fear for the institutions’ own survival, since a litigious culture makes the avoidance of legal problems a primary guiding principle that results in limiting kids’ activity level in an effort to reduce liability. 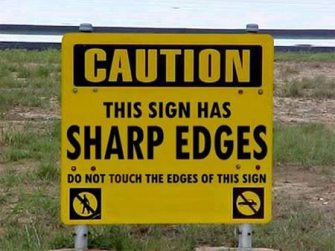 Skenazy is the founder of Free Range Kids, a website that serves as a resource for parents who dare to let their children off the leash, and parents trying to work up the courage to do so themselves. The organization’s motto is “How to Raise Safe, Self-Reliant Children (Without Going Nuts with Worry).”

Parents who do loosen the reins may bump up against authority that’s every bit as frightened as parents and as worried as institutions. In a well-publicized case, Danielle and Alexander Meitiv of Silver Spring, Maryland have been duking it out with local authorities ever since 2014. That’s when they let their then-10-year-old Rafi son walk his 6-year-old sister Dvora home unaccompanied from a park about a mile away.

After someone saw the Meitiv kids walking and called the authorities, Child Protective Services offered the parents a choice: Sign a safety plan that promises you won’t let your kids out without supervision, or lose them. The Meitivs signed, but in April 2015, the kids were taken into protective custody for five hours after being spotted out on their own. In June 2015, the family was finally acquitted of all child-neglect charges.

There are signs that institutions are beginning to see the danger in letting terror determine child development, with schools—such as this awesome circular kindergarten in Japan—popping up that encourage exploration and deliberately include a little bit of danger. 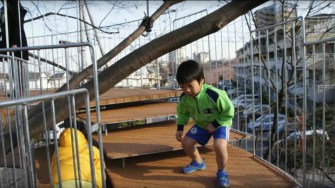 Maybe one day soon all of us parents will finally just suck it up and tell our children to get lost. Out of love, of course.

You might think it’s impossible to run out of wind, but Europe’s “wind drought” proves otherwise. And it’s only going to get worse.
Up Next
Culture & Religion

Flexible work schedules aren’t the rarity that they used to be. Some of the biggest companies now allow their employees to set their own schedules, with pretty interesting results.