Archduke Franz Ferdinand is immortalized in history for the rather dubious honor of being the man whose assassination on June 28th, 1914 on the streets of Sarajevo triggered the beginning of World War I. He was an heir to the throne of the decaying Austro-Hungarian empire and his death prompted a series of escalations between the world powers and their allies that led to a war that lasted until November 1918, costing the lives of 9 million soldiers and 7 million civilians.

But being the conflagration point of so much bloodshed is strangely par for a man whose life was spent causing bloodshed of another kind. Franz Ferdinand was an avid hunter, to put it mildly. Over the course of his life, he is known to have killed274,899 animals.

Why do we know the number so precisely? Because he wrote it all down, in his well-kept records. And also by the thousands of hunting trophies that lined the walls of his palaces and lodges; as many as 100,000 were gathered in his estate in Konopiště in the Czech Republic.

What prompted the archduke to such hunting heights? How did he even achieve such a horrid feat? His personal record was getting 2,140 kills in one day. While that sounds very morbid and physically hard to pull off, Franz Ferdinand was a good shot and had a support staff that drove the animals to him. 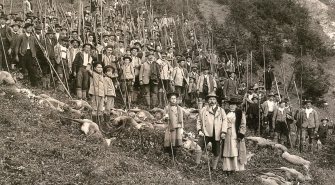 Archduke Franz Ferdinand with his family, his gamekeepers, and his entire entourage. ca. 1910s.

The large number in question consisted mostly of birds like pheasants and partridges, which would be released by the gamekeeper and others in the large posse accompanying the Austrian nobleman. While you may call what happened hunting, it was really more like clay pigeon shooting, with the servants supplying and reloading guns, as well as collecting the birds for the archduke.

He also killed other animals like deer—5,000 of them—as well as elephants, emus, kangaroos, koalas, monkeys, tigers and grizzly bears, especially during his trophy hunting World Tour of 1892–1893. He even went after porcupines and squirrels when he couldn’t attack the game that he wanted while visiting Yellowstone Park.

What kind of man was Franz Ferdinand, if it’s not clear from the facts so far? Michael Freund, a German historian, called him “a man of uninspired energy, dark in appearance and emotion, who radiated an aura of strangeness and cast a shadow of violence and recklessness… a true personality amidst the amiable inanity that characterized Austrian society at this time.”[1] 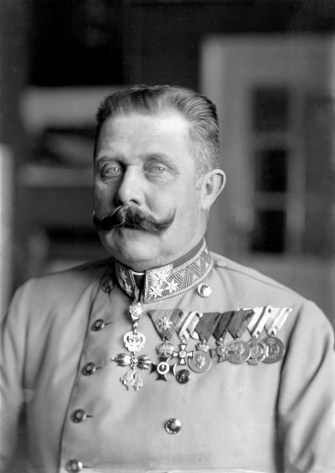 The Austrian writer Karl Kraus described the archduke as someone who “was not one who would greet you… he felt no compulsion to reach out for the unexplored region which the Viennese call their heart.”[2]Ouch.

Franz Joseph, the Emperor of the Austro-Hungarian Empire and Franz Ferdinand’s uncle, was not a big fan of the hunting aficionado, considering him “silly and ineffectual,” writes History. As for his nephew’s hobby, the emperor considered it mass murder.

It’s also worth noting that Franz Ferdinand was warned to stay put and wait for reinforcements, following an initial failed attempt at his life. A stubborn man, he chose to continue with his plan. As luck would have it, Ferdinand’s driver, who was by this point supposed to be taking an alternate route, went the original way, right where the assassin was waiting, setting off a chain of very unfortunate events for millions of people around the world. 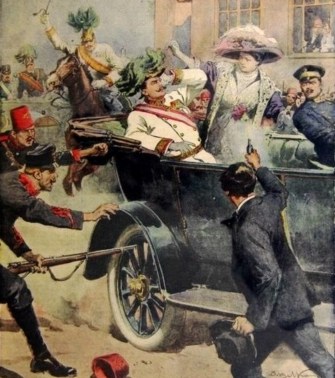 The first page of the edition of the Domenica del Corriere, an Italian paper, with a drawing of Achille Beltrame depicting Gavrilo Princip killing Archduke Francis Ferdinand of Austria in Sarajevo. 12 July 1914.

While his kill total seems astronomically ruthless, Franz Ferdinand was not the only member of the nobility of the day who hunted for sport. It was a popular pastime, enjoyed widely by the aristocrats and the royalty. British Lord Ripon holds the dubious distinction of hunting down the most animals, recording a staggering 556,813 kills over a period from 1867 until 1923. Mostly, these were pheasants—229,976 of them. Known for his sharp-shooting prowess, he also shot 97,503 grouse, 11,258 partridges, 2454 woodcock, 2882 snipe, 3452 wild duck, 30,280 hares, 34,118 rabbits, and 382 red deer. 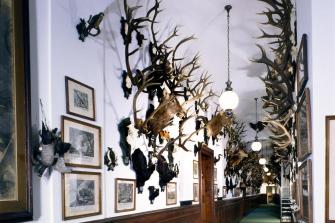 Donate a kidney now, and your loved one will have priority status if they need one later.
Up Next
Personal Growth

This is the music people listen to when they’re feeling happy, sad or angry

Some of us can adjust our moods by listening to certain types of music we know will affect us. This survey looks at the music Americans turn to for mood modification.