Before they were anything else, The Beatles were over-the-top fans of great popular music. Having consumed and studied the hits so fervently, when it came time to write what they called their “fan songs,” John Lennon and Paul McCartney made a strategic decision about how to write ones that would matter to people: They’d use personal pronouns in the songs to help every listener feel like each song was their very own.

As teenagers, Lennon and McCartney had listened to everything they could get their hands on, from Tin Pan Alley and show tunes to the most obscure American R&B. The Beatles were still a smoking-hot cover band—playing others’ songs—when Beatlemania began. (It was a one-two punch really, since they were also known for their hilarious onstage behavior that included a hail of off-the-cuff jokes, skits, and mockery of each other.) 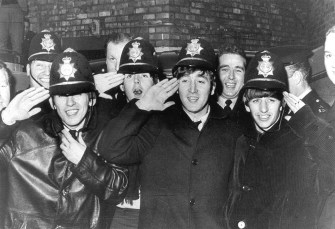 Once recording was starting to seem like a real possibility, Lennon and McCartney got serious about writing their own songs. In fact, it was through now-mostly-forgotten song plugger Kim Bennett’s interest in an early—and only ever released on Anthology 1 in 1995—McCartney song, “Like Dreamers Do,” that they got their history-making recording contract with EMI’s Parlophone label.

The pair fired their secret weapon: personal pronouns. “All our early songs contained ‘me’ or ‘you.’ We were completely direct and shameless to the fans: ‘Love Me Do’, ‘Please Please Me’, ‘I Want to Hold Your Hand,” explained McCartney to Billboard in 2015. McCartney wasn’t kidding. If the pronoun wasn’t in the title, it was in the lyric, as with “Nowhere Man’s” “Isn’t he a bit like you and me?” or the pronoun avalanche of “I Am the Walrus”: “I am he as you are he as you are me and we are all together.” 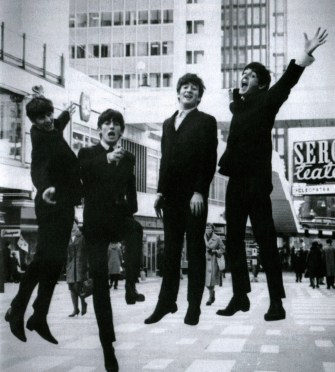 The website Chalkface did the math. On The Beatles’ first British album, Please Please Me, 57% of the songs had these and other personal pronouns in them, 64% of the songs on their second album With the Beatles, and 79% on their third, Hard Days Night. For Please Please Me, the site counted 325 personal pronouns in 19 minutes 30 seconds of music, an average of approximately one pronoun every 3.6 seconds.

In addition to the three songs mentioned above, consider:

“I Saw Her Standing There”

“Do You Want to Know a Secret”

“I Should Have Known Better’

“We Can Work It Out”

“She Said She Said”

“Got to Get You Into My Life”

“All You Need Is Love”

Now, obviously, just using personal pronouns in your songs won’t make them hits, and it’s likely Lennon and McCartney had other private formulas for creating their uniquely sparkling music. But The Beatles’ focus on using pronouns that personally connect with others offers an intriguing case study in the power of carefully choosing your words.

Note: This article’s source for The Beatles early history is the indispensable first volume of Mark Lewisons’ The Beatles: All These Years trilogy, “Tune In.”

Why do the tiniest galaxies have the most dark matter?

Image credit: The Millenium Simulation, V. Springel et al., of the cosmic web of dark matter and the large-scale structure it forms.Everything else has a 5:1 dark matter-to-normal matter ratio. But […]