Everybody has dealt with it: giving a gift only to realize afterward that it was a poor choice. Doomed to spend eternity in a drawer or tossed out with the rest of the rubbish in spring. Sometimes that error isn’t clear at first, and we only learn of our mistake years later when we find it unopened in a box somewhere in the attic.

Why do we do this?

A study by Jeff Galak, Julian Givi, and Elanor F. Williams, suggests that when we decide what to get someone, we focus primarily on how they will react when they get it and less on how much they will actually enjoy owning it.

Giving a bad gift can be a big deal, in some cases driving the giver and recipient apart, showing a lack of understanding that might just be the trivial last straw. So, what do we do wrong, and how can we fix it? It comes down to understanding how people in the two different positions view the idea of a “good gift”, say the researchers. As they put it:

“Givers interpret that to mean that the gift will make the recipient feel delighted, impressed, surprised, and/or touched when he or she receives and opens it, whereas recipients find value in factors that allow them to better utilize and enjoy a gift during their subsequent ownership of it.”

So while you might enjoy the look on your mom’s face when she opens the box of her new 75-inch television, the fact that she have no place to put it later will be a bit of a downer for her. Conversely, you might not get much joy out of giving them a new set of shaving razors, but they will thank you when they use them.

In a similar study, it was found that when people have to buy gifts for more people, they are likely to buy gifts which are more unique, but less desirable overall. The persons studied did this for many reasons, but most of all because they feared being seen as just buying one gift for everyone. Even when the persons getting the gifts would never know about the similarities.

And the cost of these well-intentioned? Recipients generally assume gifts to be nearly a third less valuable than the prices paid by givers. Suggesting that when people make mistakes in gift giving, the amount of combined monetary and emotional value lost is considerable. 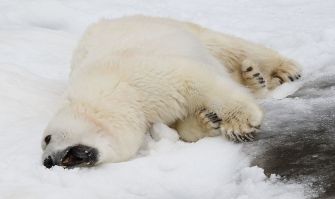 Noooooooo, not another oven mitt!

So, how can we avoid these pitfalls?The obvious answer is to consider how useful your gift will be in the long run to the recipient. A gift that is large, expensive, and fun to think about may be a much worse choice than a simple, moderately priced, and dull gift with utility.

The second is to consider buying gifts for one person at a time; in the study where people made less desirable choices in the attempt to be unique, shopping for fewer people at a time reduced the gap of perceived desirability between giver and recipient.

In the end, most of the issue in bad gift giving comes down to a question of egocentrism. What we want to give is not always what people want to get. While we can take definite steps to improve our ability to make a good choice, we must also try to step into the shoes of another person and view the gift from their perspective – no easy task. So happy holidays, and good luck buying the perfect gift. It looks like you’ll need it.

Science confirms what you already knew about being helpful to others.
▸
5 min
—
with
Big Think
The Past

It’s February and according to pagans, spring is upon us

Have we turned the corner of a cold winter?
The Past

Some things have always been worth celebrating.
Neuropsych

Why giving gifts brings you more happiness than receiving them

Where does Valentine’s Day come from? Let us introduce you to the festival of Lupercalia, a festival when naked young men and women ran around whipping one another with animal hides.
Up Next
Politics & Current Affairs

Beyond the Welfare State: John Rawls and the property-owning democracy

As people reject the status quo around the world, what might the left try to replace it with? One American philosopher makes an argument for a progressive vision.