In 2009, Joseph Henrich, a professor in the Psychology and Economics departments at the University of British Columbia (now at Harvard), proposed the idea of Credibility Enhancing Displays (CREDs). He was looking for a term to signify people that “convey one mental representation but actually believe something else.” At the very least, he continues, they fudge their level of commitment.

Henrich coined this term to make sense of manipulability, especially in regards to religious belief. While his focus was on cultural learning through evolutionary history, extrapolating to apply CREDs to politics doesn’t tax our imagination. In fact, he argues that CREDs are an essential component of tribalism; they help you identify with a group and strengthen in-group bonds. Throughout history, this would have been a very useful device, yet evolutionary biology didn’t foresee the development of societies containing hundreds of millions of people. Our minds might move a million miles an hour but deeply ingrained habits do not.

To make his case, Henrich turned to ritualized theater, such as firewalking and animal sacrifice. Such costly displays, he writes, “transmit higher levels of belief commitment and thereby promote cooperation and success in intergroup or interinstitution competition.” The more audacious a display, the more likely we’ll buy into what’s being sold, even if the seller is focused more on your purchase than the item itself.

Though we can spend pages applying this to the American electoral cycle, we’ll instead turn to Joseph Langston, who recently applied CREDs to the onset of atheism. As with everything religion and politics, there is plenty of inherent crossovers.

The Age of Atheism

Langston, a Ph.D. student at New Zealand’s Victoria University and a researcher at the Atheist Research Collaborative, wanted to know when people become atheists. He realized CREDs provided a good means of measuring this, according to his new study, published in Religion, Brain & Behavior. It turns out that parents that talk about religion but fail to practice what they preach are more likely to produce little deniers.

CREDs are not relegated to beliefs in the supernatural. Knowing which mushrooms to eat and what berries to avoid fall within its purview. What Henrich understood, and what Langston reiterates, is that this socially beneficial tool is malleable enough to be co-opted by hucksters. Sure, beliefs are often sincere, yet when a ritualistic display is being exploited, grand theatrics are more likely to secure a potential believer’s emotional investment.

Langston points to previous research that position CREDs as being at least partly influential for intergenerational religious belief, which made him suspect that they would offer insight into what age a person becomes atheistic. He gives special attention to the distance between religious choice and religious conflict: in post-industrial societies, where existential security is common, parents are less likely to rely on supernatural authority for survival—though America is unique in its fundamentalist proclivities.

Religious choice, he writes, is likely to produce greater numbers of atheists in future generations. Yet authoritarian parenting also creates atheistic tendencies through “alienation, personal disappointment, and rebellion.” Not allowing for choice, it appears, increases the likelihood of atheism. 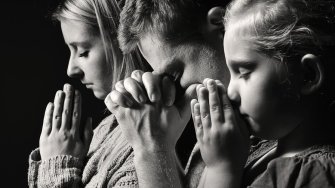 For the study, 5,153 atheists were questioned on two sets of criteria. First, Langston wanted to know if the relationship between CREDs and atheism were influenced by religious importance, religious choice, and religious conflict. Second, he broadened the scope of questioning to include the acquisition and transmission of religious beliefs by studying other familial and social variables. These included questions such as “While you were growing up, would you say your [Mother or Father] was (1) Easy to Talk With, (2) Strict, and (3) Warm and Loving.”

Langston discovered that religious importance predicted a delay in the age which people became atheists, while choice and conflict hastened the process. And, as he initially predicted, CREDs did indeed lead to an earlier onset of atheism. When children hear their parents talk but they don’t walk, it’s the children who end up walking away.

Some people find it difficult to think of belief as fluid, yet humans are generally open to being manipulated. Culture is created through interconnected layers of CREDs; if that weren’t the case, consensus in societies would not exist. While there is a tendency to separate religious belief from other forms of social norms, there is nothing sacred or universal about any belief. They are all constructs, open to interpretation, and plastic.

In an interview, Langston admits to several limitations, namely the fact that believers were not included in this study.

If we were to design a study that was superior to ours, then for that study we would have collected a large sample of nonbelievers and believers. Then we would be able to do direct comparisons between those two groups.

Overall, Langston doesn’t see this as a problem, only cause for further research (which he’s already been conducting). In the future, he wants to know if nonreligious identifications are being deliberately transmitted by secular families, and if so, what kind of CREDs are being used; if believers experience different levels of religious choice and religious conflict than nonbelievers; and whether or not authoritarian-leaning religious parents unknowingly cause their child’s pivot to atheism.

Shortly after receiving my degree in Religious Studies, I was walking over the Brooklyn Bridge with my father. By that point I had already turned atheist; I studied religion because I was fascinated by why people believe, not necessarily what they believe. I asked my father why I was raised with no religion at all.

His answer was immediate: “Because I was raised with too much of it.” He resented the fact that he had to attend the local Russian Orthodox Church every Sunday while his parents stayed home. By sixth grade, when I said I no longer wanted to go to CCD—a loose Catholicism from my mother’s side—my parents were fine with it. The weekly class was more social activity than required training anyway.

I’m not sure what CREDs were being transmitted during my youth, but one thing is certain from Langston’s research: hypocrites rarely produce the results they desire. The theater might at first entrance, but the drugs do eventually wear off.