Ever wonder why so many people get stuck in their musical ways? Do you find yourself revisiting the same albums over and over, lamenting the current state of the music industry for not being “like it used to be?”

It turns out science has some answers about why our musical tastes develop (and then stay) the way they are.

A new analysis at the New York Times of Spotify data by analyst and past Big Think Expert Seth Stephens-Davidowitz shows that the majority of our musical leanings are locked as teenagers and rarely change. By the age of 14 for men and 13 for women, we have selected our musical influences for the rest of our lives!

Using Radiohead’s popular song “Creep,” Stephens-Davidowitz was able to see that the chart-topping hit was the 164th most popular song for 38-year-old men, who would have been 14 in 1993 when the song first released. The song doesn’t even chart for people born 10 years later or 10 years before. A similar analysis for every number 1 hit on the Billboard charts between 1960 and 2000 yielded similar results.

Our early 20s are about half as important in solidifying what music we like as we get older. As we become adults and are able to make more choices about what music we buy or what concerts we go, and all of these choices either reinforce pre-existing biases towards certain genres and artists or allow for new discoveries that add to our overall sense of “good music.” 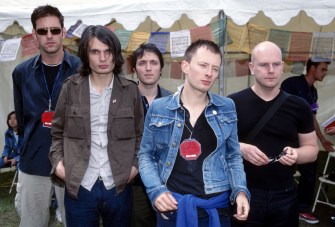 Among other interesting results, the study revealed the not-so-surprising fact that senior citizens really don’t like hip-hop: “One of the facts I discovered is that Coolio’s “Gangsta’s Paradise” is extremely unpopular among women in their 70s,” said Stephens-Davidowitz.

What were you listening to when you were 13? We were just jamming out to “Weird Al” Yankovic last week. Some things never change.

Related
Strange Maps
The horrors of World War II air war, in one stark map
This graph shows how badly German cities were hit by Allied bombing raids.
Hard Science
Subatomic ghosts shed new light on the structure of protons
A Fermilab study confirms decades-old measurements regarding the size and structure of protons.
The Present
The Taoist philosophy behind Alibaba, China’s e-commerce giant
Alibaba has played a key role in China’s meteoric economic rise.
The Well
Can we condition ourselves to be heroes?
Neuroscientist Robert Sapolsky on the science of temptation, and the limitations of your brain’s frontal cortex.
▸
6 min
—
with
Robert M Sapolsky
Thinking
3 brain games to practice deductive, inductive, and abductive reasoning
Take a closer look at the different types of reasoning you use every day.
Up Next
The Present
American kids are ditching Facebook in record numbers
For the first time in Facebook’s history, the number of daily active users in the U.S. dropped—by about 700,000.