Human beings, technology-minded as we are, have come to understand we’re not the only one of earth’s species to develop solutions for pressing problems. Some of our non-human planet-mates have proven remarkably adept at working out ways to meet their needs, and lately scientists have been making all sort of advance thanks to biomimicry, from the adhesives that let geckos climb walls to painless hypodermic needles based on mosquito bites. Some have suggested it’s time to start returning the favor. 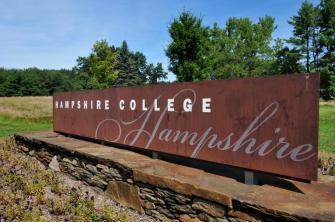 Hampshire College in Amherst, Massachusetts has inaugurated what’s billed as the “world’s first academic program for non-humans.” To that end, they’ve appointed some unusual scholars-in-residence as faculty through 2019: slime molds, or more specifically, Physarum polycephalum. Their alma mater is the Carolina Biological Supply company. It’s unclear if the new faculty are assistant, associate, and/or full professors. 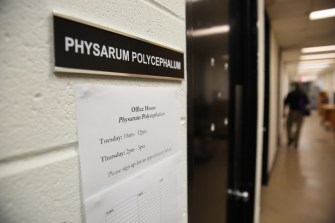 Why slime molds? These seemingly simple organisms have been the subject of some amazing research. Physarum is a plasmodia slime mold, which are “basically enormous single cells with thousands of nuclei. They are formed when individual flagellated cells swarm together and fuse,” according to UC Berkeley. 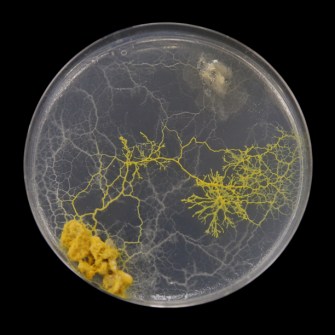 These seemingly simple slime molds do some pretty amazing things.

First of all, they network. “”Plasmodial slime molds are superorganisms, meaning that their self-interest is inseparable from their collective interest” says their Hampshire College liaison, Jonathon Keats. They may even be more advanced than humans in this regard, since, “The same is true of us humans, only our society doesn’t realize it yet.”

Hampshire College’s Dean of Faculty and Vice President for Academic Affairs Eva Rueschmann is excited about the new program, saying, “We are delighted to have representatives of the Physarum genus join our academic community. As they help solve important problems from a non-human perspective, these superorganisms promise to greatly enhance intellectual life on campus by helping us all think about and see the world without our normal human biases.”

“Slime molds have navigated complex ecosystems such as forest floors for a billion years, proving themselves to be some of the foremost optimizers on the planet,” says Hampshire biology professor and principle investigator Megan Dobro, who’s In charge of the program. She hopes the visiting scholars will eventually help deliver solutions to global problem “ranging from food insecurity to income inequality.” Student research assistants will assist the slime molds, carrying out simulations in petri dishes. 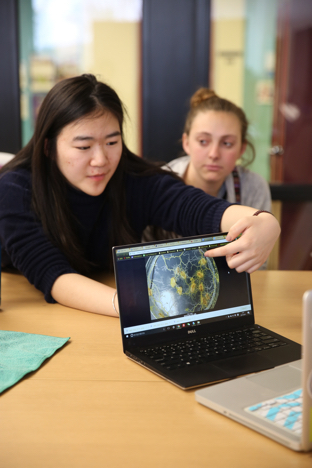 Keats, for one, is specially looking forward to the superorganisms’ socioeconomic insights: “I anticipate that we’ll be communicating their findings to the World Bank and the UN.” 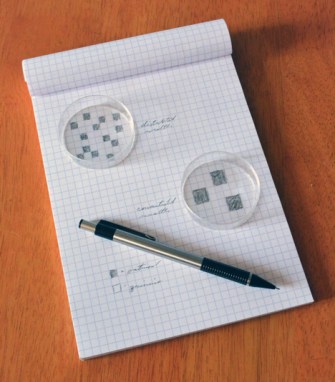 With their physarum at the cutting edge of academic research, project co-investigator Amy Halliday summarizes the goal of the new program: “Bringing together a rigorous interdisciplinary cohort to address urgent human issues from a new vantage point is what this academic program is all about.”

The aging brain is networked differently.
Up Next
The Future

Europe’s best and brightest minds converge upon Budapest to solve the problems of today’s Europe. Topics will include AI, the job market, emerging technology, and more.