When it comes to manufacturing the devices we depend on every day, the center of the world is Shenzhen, China. An estimated 90% of consumer electronics and Internet-of-Things (IoT) products emanate from its factories. Working on their assembly lines are millions of rural Chinese who’ve moved to the area in search of a reliable income. The hours are long, the accommodations bleak, and some factories are strung with suicide nets to catch despondent workers flinging themselves from rooftops. But there’s another side to it all: Many of those same factory workers are producing their own “Shanzai” products at night. It’s a wild-west “maker” movement operating on the fringes of copyright law, a shotgun wedding of counterfeiting and originality. 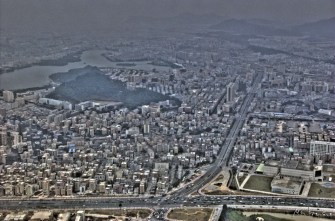 Shenzen from above (JAKOB MONTRASIO)

“Shanzai” (山寨) translates as “mountain village” or “mountain stronghold,” as in a remote place where bandits operate beyond the law. And indeed, that’s pretty much how it started, with electronics workers developing and producing knock-offs of products they built during the day. From 2005-2009, Shanzai exploded, producing dirt-cheap but feature-packed phones for buyers in China and throughout southeast Asia, India, Africa, the Middle East, and South America. By 2010, 20% of China’s phones were Shanzai products.

The Chinese government appears to have no problem with Shanzai’s fast-and-loose attitude about copyrights, for three reasons. First, most of the copyrights being violated aren’t Chinese. Second, there’s a creative fever at play here, fueled by the open-source belief that patents and copyrights stifle new ideas by protecting the intellectual property of international monopolies. And third, the Shanzai products being being sold bring money into China, fitting nicely with the country’s desire to be an electronics powerhouse.

David Li of Chinese marketplace XinCheJian, tells Inverse: “Open source software has reshaped the software industries in the past two decades and is a major force behind the rapid growth of the Internet. The maker movement and Shanzhai represent an open source hardware alternative to the existing proprietary systems. Shanzhai will create global opportunities for new kinds of innovators.“ Luisa Mengoni of the Victoria and Albert Museum, also speaking to Inverse, says, “Innovation always comes from iteration, testing and experimenting. Hybridization and remixing are an inherent part of this process, and Shenzhen gives an ideal environment to do this rapidly.” In Shenzhen, it’s feasible to produce niche products, such a compass pointing to Mecca for daily prayers. And development and production are so fast and cheap that designers can experiment with all sorts of devices, like dual-sim phones for travelers, portable solar chargers, or loud seven-speaker phones for construction workers.

Today’s Shanzai culture is an agile and open maker ecosystem in which parts are designed, produced, tweaked, combined into an endless stream of new products. A good example are the “public” printed circuit boards, or gongban, built by World Peace Industrial (WPI)’ s Application Technology Unit (ATU). The ATU invests in the yearly design of 130 different types of circuit boards that other manufacturers can use in their own products. They may use them as is, or modify them to their own specifications. Either way, ATU’s designs are free to these companies — WPI makes their money selling the components the boards require. The Shanzai community also produces “public cases,” or gongmo, into which gonban can be mounted. It’s an electronic mix-n-match paradise. 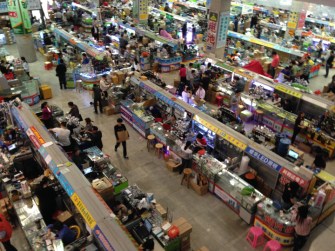 The engine behind it all are the countless startups belonging to the people whose day jobs have them building iMacs, drones, e-cigarettes, and more. They know how it all fits together, they have the drive to succeed, and between the vibrant Shanzai scene, governmental acquiescence, and now funding from international partners, they’ve got a fertile environment in which to invent the future, Shanzai-style.

It’s the very closest stars to us that hold the key to unlocking the possibilities for life in star systems all throughout the Universe.
Up Next
Hard Science

In response to the president elect, NASA’s leadership is developing strategies for continuing deep space exploration in the event of budget change or stagnation.