Exploring 'harm-joy': Here are the best books on schadenfreude

Photo by chuttersnap on Unsplash

Is there a better joy than reveling in one's misery? Hide that sly smile. We all experience schadenfreude in one way or another. Thank the Germans for giving us the word to express this often-concealed emotion. If watching your impeccably dressed boss slip in the rain wasn't enough for you, fall into this unique selection of schadenfreude books.

These authors, psychologists, and researchers have delved into the complex history of the word and demonstrate the philosophical and psychological implications of the feeling through some good old fashioned examples.

Schadenfreude: The Joy of Another's Misfortune 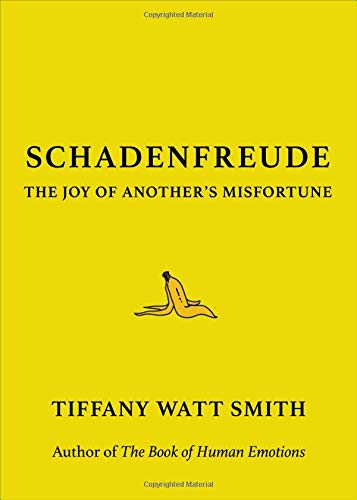 Dr. Tiffany Watt Smith has written a riveting book on the cultural history and feeling of schadenfreude in an excellent assessment of one our more contained emotional phenomena. This feeling is by no means a beast of modernity, but one rooted in our shared human history. Smith makes this clear throughout with numerous relevant ancient references.

Although packed with plenty of well-sourced nods to great thinkers and writers of the past, The Joy of Another's Misfortune remains an easy and well-structured read. Many of the anecdotes given in this book will provide you with plenty of things to laugh about. Smith touches upon the idea that there may be an evolutionary reason for schadenfreude.

The idea has been floating around in some corners of the internet that we're living in the "age of schadenfreude." Smith sees this as just a result of our new technological mediums giving us a greater capability to feel and express our shared pleasure in others failings.

"These questions about how and why we enjoy the pain of others — and what is acceptable and what is 'too far' — have featured in some of the greatest works of philosophy and literature for over 2,000 years. But arguably the urgency to understand Schadenfreude has never been so great as today."

Smith sets out to analyze schadenfreude in all its glory, eventually coming to the conclusion that it is in fact a good thing and can be a positive cognitive emotion to feel and work through.

Schadenfreude: Understanding Pleasure at the Misfortune of Others 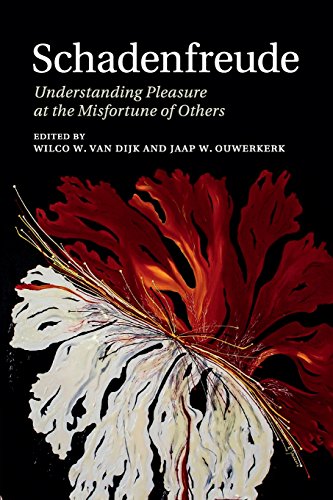 For the more academically minded, Schadenfreude: Understanding Pleasure at the Misfortune of Others offers a complete, comprehensive look at all theoretical, empirical and historical work on the subject. Wilco W. van Dijk and Jaap W. Ouwerkerk stitch together an anthology of some of the most inquisitive and far-reaching research.

The book is set into different chapters that attempt to explore the underlying motives for schadenfreude according to different perspectives. For example, at times they approach it from a social-comparative view, at others, a literary stance.

This is a volume whose subject matter stretches far beyond the juvenile laughs elicited from watching someone slip on a banana peel. The authors do a fantastic job weaving together the ways schadenfreude is integrated into culture, art, and social relations.

The Joy of Pain: Schadenfreude and the Dark Side of Human Nature 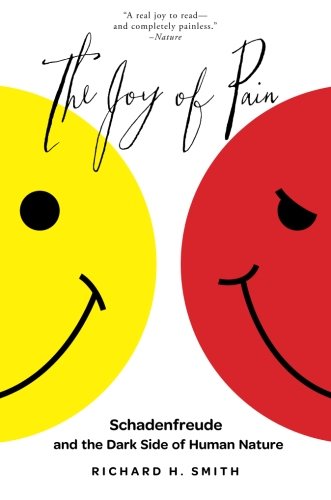 Psychologist Richard H. Smith has spent his professional career studying social emotions. A leading expert on the feelings of envy and shame, Dr. Smith's book sheds further light on the darker emotions we often hide. Smith is in the camp that argues schadenfreude is a natural human emotion, and one that needs further inspection.

The author does a wonderful job relating entertaining and modern comical examples of schadenfreude. It's a book intended for lay audiences not versed in psychological jargon. Smith's prose is conversational with a tinge of an academic feel. The reader is asked to contemplate and acknowledge the notion that wanting others to fail or suffer is a natural part of our emotional makeup.

Smith postulates that because we are motivated to feel good about ourselves, we compare ourselves to others. It is from this state of comparison that envy and a whole host of other emotions spill out from. The downfall of others, especially when they're seen to be superior to us in some fashion, tends to boost our self esteem.

When envy gets us down, schadenfreude puts us back up again.

When Bad Things Happen to Other People 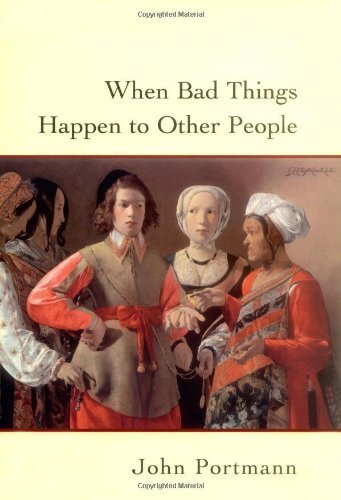 When Bad Things Happen to Other People

John Portmann draws on his vast knowledge of philosophy to explore the concept of schadenfreude in a rigorous, no-stone-unturned analysis, whereas other authors skimp on the historical references or opt for psychological and sociological orientations.

Portmann spends a lot of time digging through Kafka, Dickens, and Twain.

He also makes it a point to argue against 19th-century Archbishop Richard Chenevix Trench, whose fierce moralizing Portmann thinks is bunk. The English archbishop believed that it was preposterous for any culture to have a word like that in their lexicon, which he believed was indicative of greater moral failings.

Portmann disagrees. The many commonplace justice examples, such as the glee felt at the punishment of a criminal, or the laughter from slapstick comedy, all easily refute this, he feels. Without schadenfreude, he argues, we lose our sense of rightness and sense of humor too.

The author proposes many deep philosophical inquiries, where he uses figures that range from Nietzsche and Schopenhauer to Freud to probe his own arguments. Applying his perspective to modern day topics at the turn of the 20th century, Portmann explores the relation of schadenfreude to topics as diverse as media violence and celebrity culture. The book serves as a great philosophical entrant into the world of schadenfreude.

Schadenfreude: A Handy Guide to the Glee Found in Others' Misery 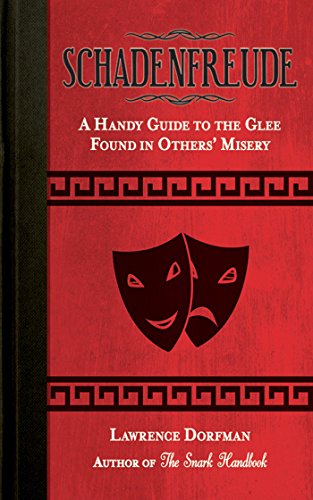 Schadenfreude: A Handy Guide to the Glee Found in Others' Misery

A light-hearted read that differs from the more lofty verse and intellectual dissection of schadenfreude, A Handy Guide to the Glee Found in Others' Misery is a scatterbrain, simple book about instances of the emotion. Snarky and short, it's a quick read with a number of historical references.

Referencing modern scandals that occurred around the time of publication, as well as being peppered with notes ranging from the Three Stooges to the Marx Brothers, it covers a lot of ground in a little space. Covering the likes of Richard Nixon, Tiger Woods and even Napoleon – you'll be able to take in the laughs and maybe learn something along the way.