34 workers at a Japanese insurance company are being laid off and replaced with an artificial intelligence (AI) system. Fukoku Mutual Life Insurance, seeking greater efficiency in calculating their payouts to policyholders, will soon replace many of its office workers with an AI system based on IBM’s Watson Explorer (“a cognitive technology that can think like a human”).

The AI system will be used to read and understand medical certificates, hospital stays, surgical procedures, and medical history to make a more accurate assessment of payouts. According to reporting from the Guardian, the company will see a return on investment in less than two years. In a small concession for human workers, the payouts will not be finalized until approved by a non-AI staffer. 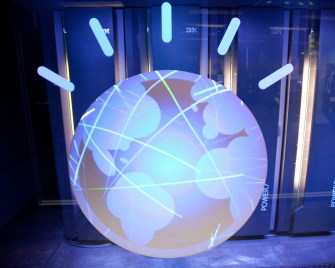 Humans being replaced by machines or artificial intelligence may tap into a deep economic and existential fear we have about a future with high efficiency but not enough employment. Singularity may be near, but how near?

The announcement by Fukoku Mutual falls on the heels of another Japanese insurance company, Dai-Ichi Life Insurance, having introduced a Watson-based system to assess payments. While the implementation of Watson’s technology for Dai-Ichi Life Insurance did not coincide with a layoff of employees, it showcases the willingness of Japanese companies to push forward with implementing new technology that may have profound implications for their future workforce and economy.

While Japan’s population currently stands at around 127 million people, the UN has projected that its population will shrink to around 83 million by the year 2100. 35% of Japan’s people will be over the age of 65. 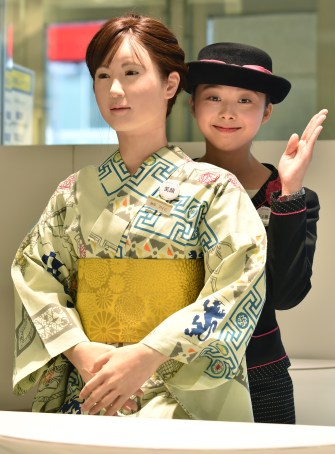 In Japan, increasing automation and the use of AI in the workforce may successfully address its potentially unstoppable aging and shrinking population. Japan’s population imbalance has, for example, prompted its embrace of developing and utilizing carebots for the elderly in order to alleviate a severe shortage in human caregivers.

Most other countries in the world do not have the same future population problem that Japan has. The United States currently has a population of around 319 million, which is projected by the UN to increase to 450 million by 2100. The great underlying debate is whether AI’s efficiencies that lead to layoffs will be offset by the creation of new job opportunities and industries not yet existing. 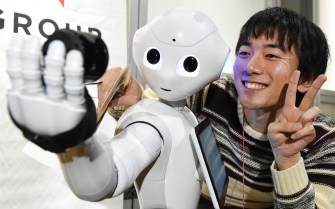 In the short-term, most of us have one major question: Can I be replaced? A recent report by McKinsey took an extensive look into the likelihood that automation would replace or highly augment certain careers now and in the near future. The report stated:

“While automation will eliminate very few occupations entirely in the next decade, it will affect portions of almost all jobs to a greater or lesser degree, depending on the type of work they entail. Automation, now going beyond routine manufacturing activities, has the potential, as least with regard to its technical feasibility, to transform sectors such as healthcare and finance, which involve a substantial share of knowledge work.”

The Nomura Research Institute has predicted that nearly half of Japan’s jobs could be replaced by robots by the year 2035. Led by researcher Yumi Wakao and Oxford University Professor Michael Osborne, the NRI also predicted that 47% of American jobs could be automated and 35% in the UK by 2035.

Speaking to Engadget in December 2015, Yumi Wakao points out a very crucial caveat to the prediction: “[T]his is only a hypothetical technical calculation. It doesn’t take into account social factors.”

Only time will tell how we react in the Fourth Industrial Revolution.

Related
13.8
Why the origin of life and the Universe itself might be forever unknowable
There might be a hard limit to our knowledge of the Universe.
Hard Science
200 years of exploring Antarctica
What we’ve learning from the world’s coldest, most forbidding, and most peaceful continent.
Sponsored
4 misleading personal finance tips
Personal finance advice is often over-simplified and fails to consider economic research or people’s unique circumstances.
Strange Maps
Europe’s stunning digital divide, in one map
Some Europeans really don’t want to use the internet.
Thinking
Bonhoeffer’s “theory of stupidity”: We have more to fear from stupid people than evil ones
Evil is easy to identify and fight against; not so with stupidity.
Up Next
The Present
Immigrants Must Learn English and Take Allegiance Oath, Says Parliamentary Report
A report by UK’s parliamentary committee tackles the issue of non-integration in the country’s Muslim communities.