La tour Eiffel, the most-visited paid monument in the world, is more than 130 years old. What many people don’t know, though, is that Paris’ most famous structure was also one of the first major construction projects to have been widely documented via photography.

(High res version of the above image)

Gustave Eiffel’s iron-lattice tower, today a quintessential piece of the Parisian skyline, was constructed from 1887 to 1889 in order to commemorate the 100th anniversary of the French Revolution. It was, at the time, the tallest man-made structure in the world — not to mention among the most photographed. Many of Eiffel’s contemporaries detested the tower, calling his design “obnoxious” and “vile.” Upon its construction, it was understood that the tower would be disassembled after 20 years.

But the emergence of radio gave Paris a really good reason to keep Eiffel’s tower around, as it became an “obnoxious” and “vile” yet totally useful antenna. Yes, video may have killed the radio star, but radio saved the Eiffel Tower. According to World War I historian Barbara Tuchman, a transmitter in the tower jammed German radio communications and helped the Allies emerge victorious in the First Battle of the Marne, in 1914.

In 2010, the tower reached 250 million total visitors since its opening. It has become so iconic that you can hardly think of Paris without images of iron-lattice coming to mind.

Not bad for a structure that was supposed to be scrapped after a couple decades. 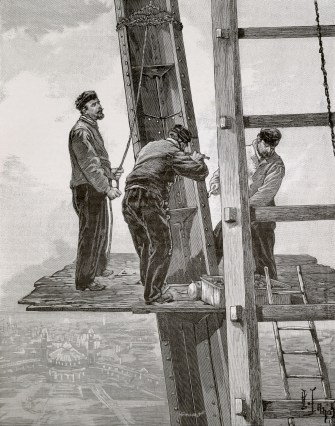 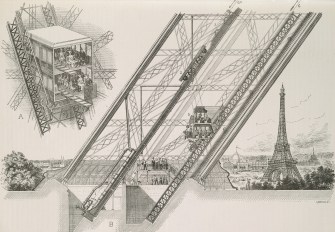 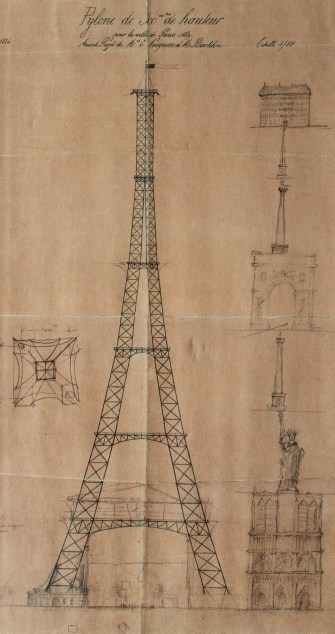 Related
Starts With A Bang
NASA’s Habitable Worlds Observatory to finally answer the epic question: “Are we alone?”
NASA has finally chosen which flagship mission, like Hubble and JWST, will launch in ~2040. Detecting alien life is now a reachable goal.
Health
The scientific highs and lows of cannibinoids
Hundreds of these cannabis-related chemicals now exist, both natural and synthetic, inspiring researchers in search of medical breakthroughs.
Strange Maps
The horrors of World War II air war, in one stark map
This graph shows how badly German cities were hit by Allied bombing raids.
Hard Science
Subatomic ghosts shed new light on the structure of protons
A Fermilab study confirms decades-old measurements regarding the size and structure of protons.
The Present
The Taoist philosophy behind Alibaba, China’s e-commerce giant
Alibaba has played a key role in China’s meteoric economic rise.
Up Next
The Psychological Choice Environment of Vaccine Decision Making. Two Examples. One Warning.
When Edward Jenner proposed to the parents of 8 year-old James Phipps the risky idea that rubbing some stuff from sick cows onto the young lad might protect him from […]