They were supposed to unlock a new era of collaboration and creativity at companies: Open-office floor plans that have everyone in one big space, working together, sharing lightning bolts of inspiration, drawing out introverts, and so on. Facebook’s main workspace is 10 acres of open office. Much of Apple’s $5-billion spaceship is built around the idea. Roughly 70% of U.S. offices in 2017 had low or no partitions. Except it turns out that many people really don’t like working in an open office.

It turns out that they miss the ability to pull back from incessant interaction and bemoan the lack of quiet as making it harder to concentrate. They also don’t enjoy life in a fishbowl. Rather than promoting interactivity, an open office may even inhibit it. A just-released study from Harvard Business School (HBR) suggests that an open-office plan, rather than bringing employees together, may encourage them to avoid face-to-face interaction with each other.

To track the before-and-after effects of an open office space, the HBR researchers, Ethan Bernstein and Stephen Turban, found two companies converting to the divider-less arrangement and willing to anonymously participate in the study. In the study, they’re referred to as “OpenCo1″ and “OpenCo2.” 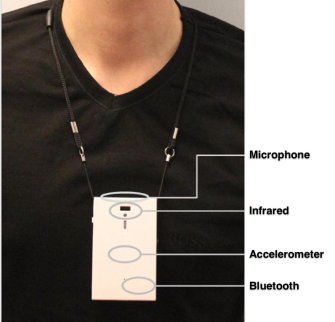 Each badge contained a:

The data was time-stamped every 10 ms (milliseconds). The badges were set to begin capturing data each time three conditions were met:

The study captured data in two 15-workday chunks, one three weeks before the switch to an open office space, and one three months afterward. The timing was scheduled to land at the same time in the company’s quarterly cycle so employees could be observed doing roughly the same work. 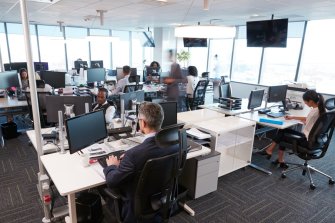 The effect of switching to an open office in OpenCo1

The study found that the open-office plan significantly changed the interaction between employees, and ultimately led to less productivity.

To begin with, employees essentially eschewed their enhanced physical proximity to each other, largely supplanting F2F contact with electronic exchanges. They spent 72% less time interacting face-to-face. At the same time, email and IM conversations increased:

In terms of performance, company executives informed the researchers that the metrics by which the company measures productivity indicate that it had declined after the office-plan switch, achieving the opposite of the hoped-for result.

At OpenCo2, a multinational Fortune 500 company, participating employees’ — about 100, or 45% of those working in the open space — F2F and email data was collected. The company was already undergoing a multi-year transition to multiple floors of open offices when the study began. The employees involved worked on floors in which the transition had not yet occurred. Across the transition, employees remained roughly the same distance apart, though their cubicles were removed and no barriers replaced them.

With the results from OpenCo1 in hand, data was collected a little differently at OpenCo2:

The effect of switching to an open office in OpenCo2

Email exchanges, as before, increased by an average of 36%.

The open-office switch’s effect on productivity at OpenCo2 isn’t reported in the study. Still, the goal of open offices is to increase face-to-face interaction, and the opposite occurred.

People are not chemicals

Getting people to work more collaboratively by simply forcing them into close physical proximity is clearly not the productivity magic bullet proponents of open offices assert. As the study’s authors put it:

While it is possible to bring chemical substances together under specific conditions of temperature and pressure to form the desired compound, more factors seem to be at work in achieving a similar effect with humans. Until we understand those factors, we may be surprised to find a reduction in F2F collaboration at work even as we architect transparent, open spaces intended to increase it.

Open offices are yet another business trend that has been adopted with gusto — hellooo, standing desks — but perhaps without quite enough research to support such an enthusiastic, unquestioning embrace.

Ask Ethan: Could The Universe Be Torn Apart In A Big Rip?