2012 saw the advent of gene editing technique CRISPR-Cas9. Now, just a few short years later, gene editing is becoming accessible to more of the world than its scientific institutions. This new technique is now being used in public health projects, to undermine the ability of certain mosquitoes to transmit disease, such as the Zika virus. But that initiative has had many in the field wondering whether it could be used for the opposite purpose, with malicious intent.

Back in February, U.S. National Intelligence Director James Clapper put out a Worldwide Threat Assessment, to alert the intelligence community of the potential risks posed by gene editing. The technology, which holds incredible promise for agriculture and medicine, was added to the list of weapons of mass destruction.

It is thought that amateur terrorists, non-state actors such as ISIS, or rouge states such as North Korea, could get their hands on it, and use this technology to create a bioweapon such as the earth has never seen, causing wanton destruction and chaos without any way to mitigate it.

Now, the Pentagon is moving to counteract such activity, and find a “safe course” to rein this emerging technology in. But it will be a difficult balancing act, allowing for worthwhile scientific research, while at the same time, controlling and monitoring for possible threats. 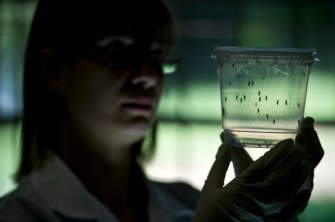 Scientists use gene editing to prevent mosquitoes from transmitting the Zika virus.

Two phenomena raise the risk, the cost of gene editing has come down dramatically, and information on just how it works may no longer be under lock and key. Scientists at Stanford University claim “that genetic engineering could be out there in the public domain.” Due to this, the Pentagon wants to develop “safe genes,” which could be used to neutralize dangerous substances designed by biohackers.

Fears peaked due to recent innovations in something called “gene drives.” Instead of merely altering the genes of one organism for a certain effect, gene drives make the trait inheritable. So it would be passed down to almost every organism in subsequent generations. With mosquitoes, if you take away their ability to pass on disease and make the trait inheritable, soon you can wipe out mosquito borne illnesses altogether.

Of course, if you altered a particularly nasty superbug to make it incurable by current methods, this would be adopted by their offspring and could create the next great plague. This could be performed with viruses, bacteria, virtually anything alive. Theoretically, superbugs could be imbued with properties not even found in nature itself.

The Department of Defense has tapped DARPA, the research arm of the Pentagon. Officials there are now putting together a Safe Genes program, which will contain a biosafety and biosecurity toolkit. Program manager for the agency, Renee Wegrzyn, summed it up this way, “DARPA wants to develop controls for gene editing and derivative technologies to support responsible research and defend against irresponsible actors who might intentionally release modified organisms.” 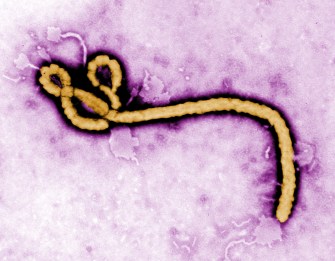 Ebola. A biohacker could genetically alter it to make it more contagious or more deadly.

To do so the agency “…is pursuing a suite of versatile tools that can be applied independently or in combination to support bio-innovation or combat bio-threats.” It isn’t only DARPA. The FBA recently set up special branch within the Weapons of mass Destruction Directorate, to deal with biohacking as well.

The objectives of DARPA’s program are manifold. They aim to develop genes controlled by genome editors which are “spatial, temporal, and reversible,” to find ways to erase damaged or dangerous genes, and return an organism back to normal, and to find “molecular countermeasures” to prevent or limit the scope of editing, in order to protect populations.

CRISPR-Cas9 stands for “Clustered Regularly Inter-Spaced Palindromic Repeats.” Originally discovered in bacteria, it’s technically an enzyme that can snip anywhere along a DNA strand. The technique can be used to cut out, put in, or replace genes within DNA. CRISPR can even switch genes on and off for a desired effect. For instance, researchers have used it to turn off HBB, the gene responsible for thalassemia. 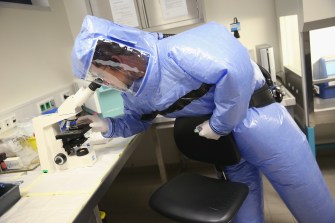 Creating such a toxin or pathogen would be extremely difficult, but not impossible.

Molecular biologist John Parrington of Oxford University recently spoke at the British Science Festival about concerns surrounding gene editing. He said the issue of safety weighed on the minds of the scientific community as well. Of course, most biohackers today are experimenting with it for helpful reasons.

Harrington said some were “using genome editing to make a special kind of craft beer,” in the hopes of discovering new flavors. Many were amateurs with no scientific background. Even so, they have to follow the same safety protocols “real” scientists do.

Parrington, the author of such books as The Deeper Genome and Redesigning Life, divulged that it certainly won’t be easy to create a totally new or hard to cure disease. Part of the reason is because nature is already so good at it, and the other part is how dangerous it would be to those working with it.

Even so, he admitted that the capability is out there and that’s worrisome. “Who knows what will happen in the future,” he said. “There’s some disquiet among the security service about where this is all leading.”

To learn more about CRISPR and its capabilities, click here:

Related
Starts With A Bang
The Universe’s most unbreakable symmetry
The combination of charge conjugation, parity, and time-reversal symmetry is known as CPT. And it must never be broken. Ever.
13.8
The weirdness of quantum mechanics forces scientists to confront philosophy
Though quantum mechanics is an incredibly successful theory, nobody knows what it means. Scientists now must confront its philosophical implications.
Neuropsych
Why is a Starbucks loyalty rewards program making customers so angry?
The rewards price to get a free cup of hot coffee at Starbucks is going up.
Empowering growth
7 essential management training topics for every team leader
From emotional intelligence to problem solving, these management training topics will set team leaders up for success.
Thinking
What if you could rewire your brain to conquer suffering? Buddhism says you can
For Buddhists, the “Four Noble Truths” offer a path to lasting happiness.
Up Next
Health
What Happens to Your Brain When You Stop Exercising?
A new study shows that cerebral blood flow within the left and right hippocampus significantly decreases after just 10 days of without exercise.