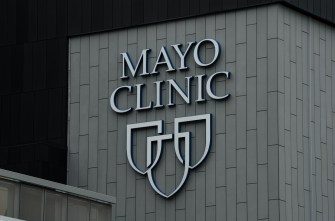 The miracle in a cornfield

Ever since The Civil War, the iconic nine-part documentary series that featured such greats as Southern historian Shelby Foote, filmmaker Ken Burns has made deep dives into such topics as Baseball, the Vietnam War, jazz music, and more.

Now, he’s taking on something that is often referenced but not deeply understood: The Mayo Clinic in Rochester, Minnesota. While healthcare itself is the number one issue for voters in the upcoming mid-term elections, for staff at Mayo, it’s what they do, and they do it for free for all people who enter the doors.

Sometimes called “the miracle in a cornfield,” and also known as the place for hope when there is no hope, the hospital treats up to 14,000 patients on a given day.

Those patients include the Dalai Lama and John McCain.

Burns himself was a patient there at one time; he refers to his experience there as like none other in the healthcare field. Primarily, he says that he felt like the patient was the center of the treatment, not doctors. “I began to get curious about why this was so different from any other health care experience I’d had,” he said.

“We were making a film about the history the Mayo Clinic, but realized that in their story and in their example might be a way for us all to re-enter a conversation about the essential question: What do we owe each other in terms of taking care of each other?” he said.

One of the principles that makes the Mayo clinic a shining star is its treatment; the facility can diagnose and treat within days like nobody else can. It primarily accomplishes this because of its patient-centered, collaborative atmosphere that attracts the brightest and the best from around the world to its 135-year-old institution.

Indeed, the Mayo Clinic was founded—by W. W. Mayo and his sons Will and Charlie—on the idea that doctors, staff and patients needed to work together as a team, not isolated, and they must share knowledge and techniques freely. To this day, doctors aren’t rewarded by patients seen and bottom lines elucidated by health insurance companies and HMOs; rather, they receive a salary, with the understanding that they will work together for the common patient good.

Burns concluded in a recent interview, “All of us are super-curious about our health. But focusing on a place that deals with it super-well, it reminds you that maybe we’ve ceded the health care debate to those who don’t know a damn thing about it, and that’s politicians on both sides.”

The documentary airs Tuesday, September 26 at 8 p.m. ET on PBS.

(Did you miss it? You’re in luck. Watch it on the PBS website.)

Paralyzed man can walk again thanks to a mind-controlled implant

A man paralyzed from the waist down was able to voluntarily control and move his legs with the help of an electrical implant in his spine.
The Present

Health care should be a basic human right in America, says Ban Ki-moon

Ban Ki-moon recently criticized the state of the U.S. healthcare system as part of his work with The Elders, an international organization founded by Nelson Mandela.
Hard Science

You can watch the Cosmos marathon right now, for free!
High Culture

Fund the Arts! Stories Are Our Most Valuable Exports

Cut funding to the NEA and PBS? It would be incredibly costly to cut cultural spending.
▸
5 min
—
with
Jane Rosenthal
Up Next
Culture & Religion

More than 5,000 teens were involved in this longitudinal study.